PREVIEW: The Music of David Bowie 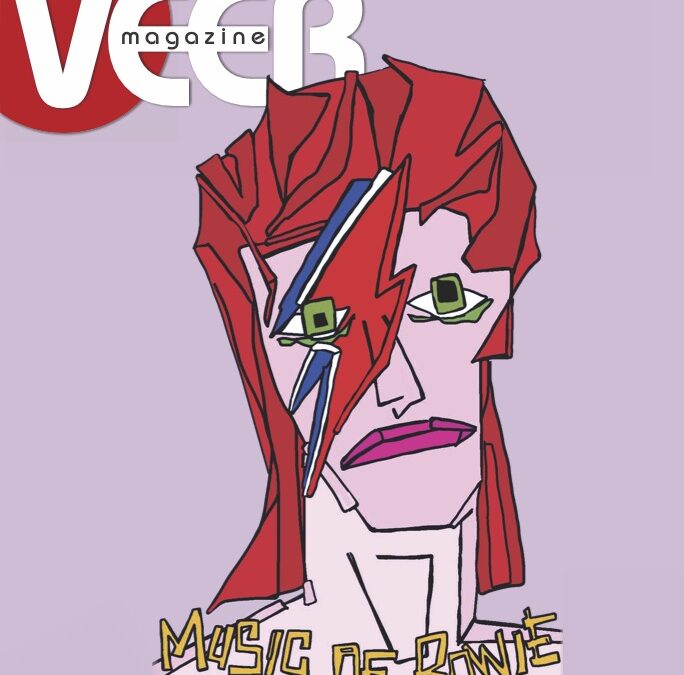 On Saturday, May 22, the Virginia Arts Festival will present “The Music of David Bowie” featuring rock band Windborne fronted by Broadway star Tony Vincent and backed by the Virginia Symphony Orchestra.  The concert will take place at Portsmouth’s Atlantic Union Bank Pavilion.

The setlist is said to include Bowie’s many hits. We can speculate songs like “Changes,” “Rebel Rebel,” “Oh, You Pretty Things,” “Ziggy Stardust,” “Young Americans,” “The Man Who Sold the World,” “Sound and Vision,” “Station to Station,” “Star Man,” and “Fashion” will be performed as well as some of these tunes below named as “favorites” by our friends on Facebook. I included a song choice as well, but it is worth noting some of David Bowie’s later career albums such as “Heathen” are as good as his famed records of the 1970s and early ‘80s.

While it is impossible to pick just one I must say I never grow tired of the live version of “Moonage Daydream” from the “Ziggy Stardust Motion Picture Soundtrack” record. It’s an extended, higher energy version and Mick Ronson’s guitar solo is phenomenal. — Jeff Maisey

Going with a popular tune, “Fame.” Thumbing your nose at the machine while somehow embracing it, that funky phase-y riff and the hard grunge thump guitar drops, the weird vocal effects; just essential hit-making Bowie. Also, the fact that I know Lennon is playing on the track, and that it was a double #1 with John Denver’s “I’m Sorry” in between its seat at the top… Just captures a moment for me. — Randy Holmes, Dunn, North Carolina

I love how all the guitar parts weave together and make this huge sound (on “Fame”). — Jeff Bodnax (Egypt/Thin Lads/24-7 Spyz), Washington, DC

On the strength of the amazing vocal performance, I would have to say “Golden Years.” The guitar riff helps put it at the top of the list as well. — Jeff Bailey (Waxing Poetics), Virginia Beach

“Golden Years” is one of those songs that never gets old, it has the charm of Bowie mixed with a world music style akin to Fela Kuti, the guitar rubs you the right way the whole time and the odd gang vocals sooth the soul. — Nate Sacks (The Lifehacks), Norfolk 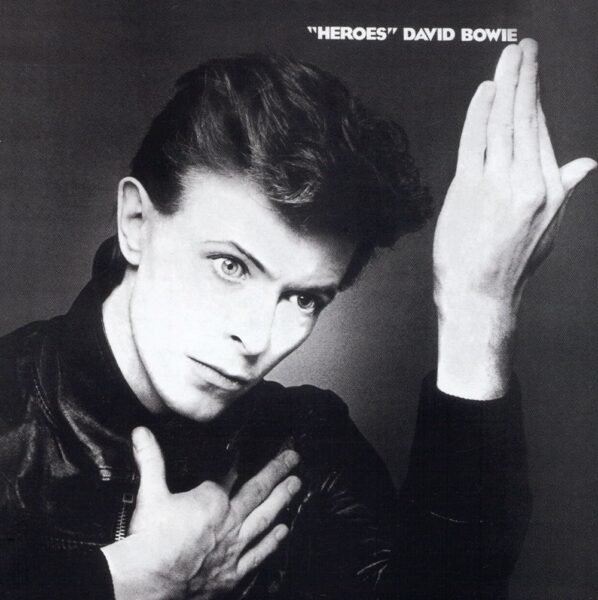 I always liked that song, but when it closed out “Jo Jo Rabbit,” it made that song an emotionally charged bombastic whap upside my head. — Chris Jones (Esoteric Ramblers), Norfolk

The vocal emotion in “Heroes” always chokes me up and I love “Life on Mars?”…just cuz. — Nakia Madry-Smith (The Fuzz Band/Rocky 7), Hampton

Love the guitar, the rhythms, the ambiguous meaning, the slang, the suggestiveness. — Betsy DiJulio, Virginia Beach

“Suffragette City” was a great rockin’ tune that’s true to the roots of rock ‘n’ roll. From the album “The Rise and Fall of Ziggy Stardust and the Spiders From Mars,” Mick Ronson’s playing and backing vocals added to Bowie’s strengths. — Ray White (CAT The Fox), Virginia Beach 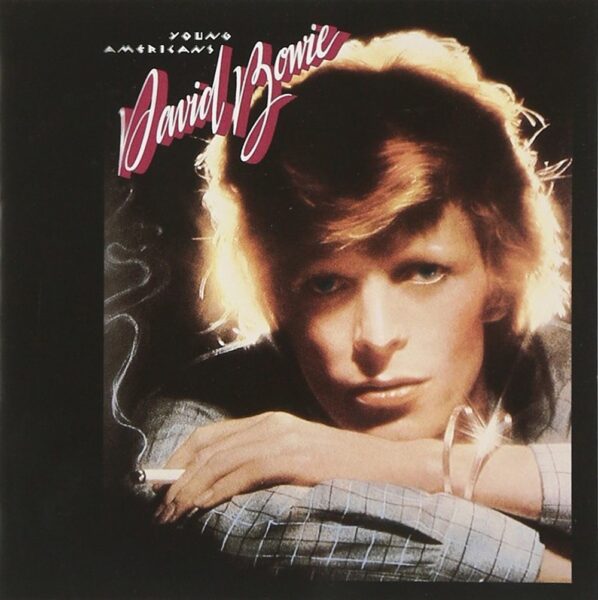 “The Jean Genie” was the first song I heard from David Bowie and saw it performed live on Top of the Pops. We moved to England in ‘72 when I was 10 years old. He was considered outrageous, wearing makeup and jewelry. He was amazing, bold and brave. He always seemed genuinely happy. — Hayden Frye (JD Silvia Band), Virginia Beach

“Starman” is just so lovely. It is pure pop without sacrificing Bowie’s eccentricity. It is full of hope and wonder but not simplistic or mawkish. It playfully captures the magic of listening to the radio and wondering if your friends are hearing the same thing you are. Just a delightful song. — Mike Holtzclaw (Former Daily Press music critic), Chesapeake

So crazy i just turned off Bowie and this post came up. Was rocking to Station to Station title track. God what a song!!! From the prolonged intro to the dramatic return of the “thin white Duke” 1st half of the song to the funky “too late’s” for the last 3-4 minutes of the song. — Jason Bruner (More Music Group), Virginia Beach

“I like Fripp’s guitar work on it but anything on “Low” or “Heroes” LPs are good. I do like “Blackstar,” it has a really good video. — Bill Bradshaw (X-Raves/Gutter Beat), Portsmouth

“Dancing in the Streets”

The energy of the music and even in the video display how men can have fun and breaking stereotypes. And the fact it is a classic by the legendary and iconic Martha and the Vandellas them giving homage makes it epic for me. — K’Bana Blaq (The Fuzz Band), Hampton

The first time I heard it, I just completely connected with it; on a visceral level. And, honestly, it’s the song that made me a Bowie fan. Heard it right around when it came out. — Michael Davye, Richmond

“Ashes to Ashes” is a delightfully weird song and video which showcases his ever unique style and creativity. And I always loved its lyrical nod to Major Tom. — David J. Brown, Norfolk 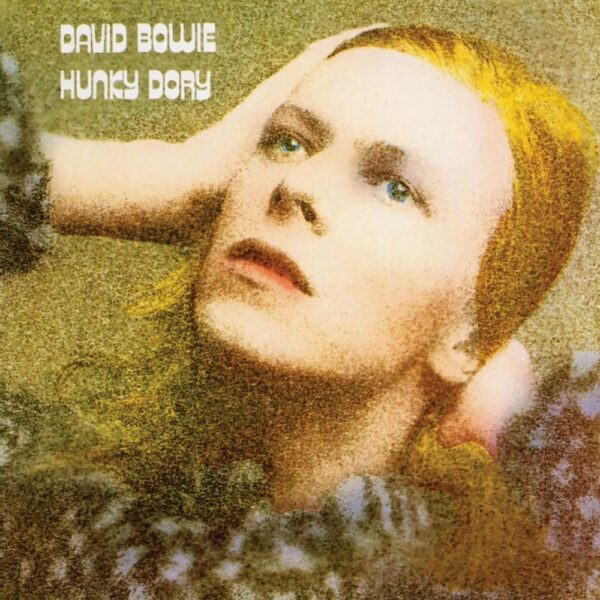 The lyrics, his phrasing, the cadence and changes. It’s a phenomenal song. (If you asked me again tomorrow I might give a different answer). — Denise Lawrence Brown (The Drendas), Norfolk

It has all of the qualities of a really good Beatles song with a little extra punk class. I think he invented punk class. — Andrew McNeely (Sea of Souls), Norfolk

“Life on Mars?” stops my present and takes me to an earlier time of fearless stupidity and decadent boredom. DJ friends have a way of entwining music into their memory. — Lauren Moore, Williamsburg

One of my greatest achievements as a parent is getting my children to do the hand-clapping part from the backseat when we listen to it in the car. — Erika Johnson Guess, Virginia Beach

“Can’t Stop Thinking About Me”

It’s almost impossible to choose a “favorite” out of such a huge and diverse catalog. I’m going to be arbitrary and pick one that gets stuck in my head as an “earworm” as much or more than any other — “TVC 15” (“TWC” on the label) on “Station to Station.” It was my first 8-Track and I played it constantly. — Mike Wingfield, Norfolk 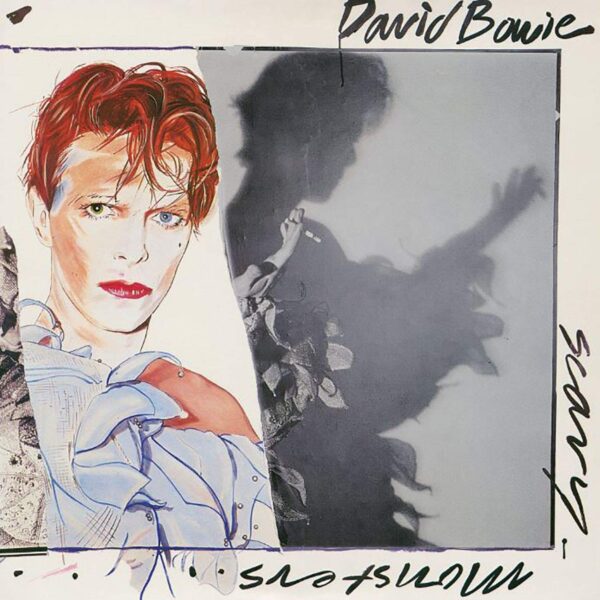 A tie between “Fame” (IMO, one of the funkiest songs ever written) and “Loving the Alien” (hauntingly feel good song that makes me happy). — Melanie Delorean (The Deloreans)

When he passed away in early 2016, I realized I wanted to dig deeper about this man, beyond the breakthrough 1972 Ziggy Stardust album. Sure, I was in love with guitarist Mick Ronson, but I knew there were gems out there my ears hadn’t heard from the earlier Bowie years. So I took a listen to the full Space Oddity recorded in 1969. One track called ‘Unwashed and Somewhat Slightly Dazed’, a song that I never heard that struck my brain like “Ok, I’m not sure exactly what these lyrics mean, but it’s deep and brilliant that’s for sure.” — Paul Unger, Norfolk

I like a lot of them, but I thought his decision to cover this song was interesting. — John Lee Matney, Williamsburg

Love the instrumentation and the way he foreshadows his own death is genius. — Drew Orton (Bennett Wales & The Relief/Demons), Norfolk 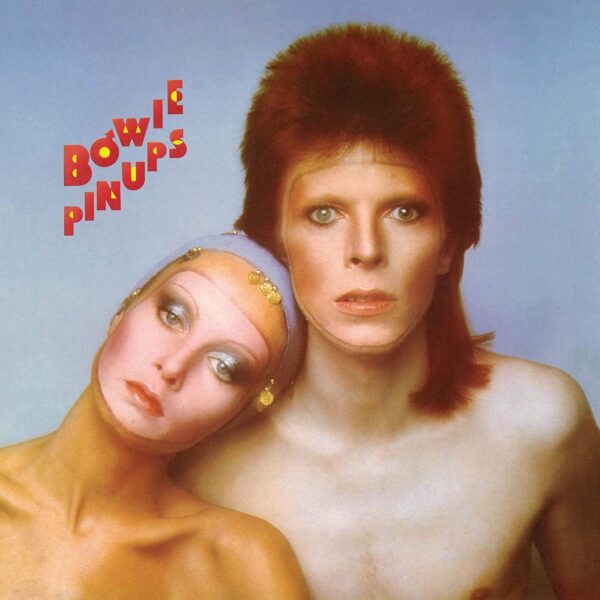 One of the keenest intellects of all the rock and rollers musing on philosophy, death, faith…power. Set to beautiful music. — Bernie Lee (Fixity), Norfolk

The lyrics put on your red shoes and dance the blues need no music video in order to visualize with your own imagined imagery. — Stewart Everett, Virginia Beach

The way that song sways all the way up to that wonderful ending section and such odd chord changes. The last part of that song is so hard hitting. “Gimme your hands”!!! — Anthony Torres (Antic Hay), Norfolk

“Rock and Roll Suicide”:  Love the transition from the low sad vocals that begin the tune to the hopeful almost triumphant finish (“you’re not alone!”) sung with the emotion Bowie could bring. — Bob Steele (Starving Artists/Gutter Beat)

This song is his agreement with death. A man who had one of the most prolific music careers ever is literally turning to dust on this track. In my view, he croons about his accomplishments in life and how enamored the public was with his stage persona but rejects it all to say that he is just a man like everyone else. The orchestrations of that track are full of sorrow so it’s a great contradiction to his lyrics. It’s so brooding with the saxophone that to me symbolizes the hand of death reaching out to him, beckoning him to the abyss. This is art rock at its finest and I could argue that this song was his opus. If the grim reaper were to ever leave this mortal coil, David Bowie would be showing him to the next stage while this song plays. Bowie was always the trendsetter. — Chris Dunn (guitarist), Williamsburg

“All The Young Dudes”

At the height of his musical powers he lovingly gave away a #1 hit to his friends Mott The Hoople…if that isn’t cool then I don’t know what is. — Lance Carmine, Bowling Green, Virginia 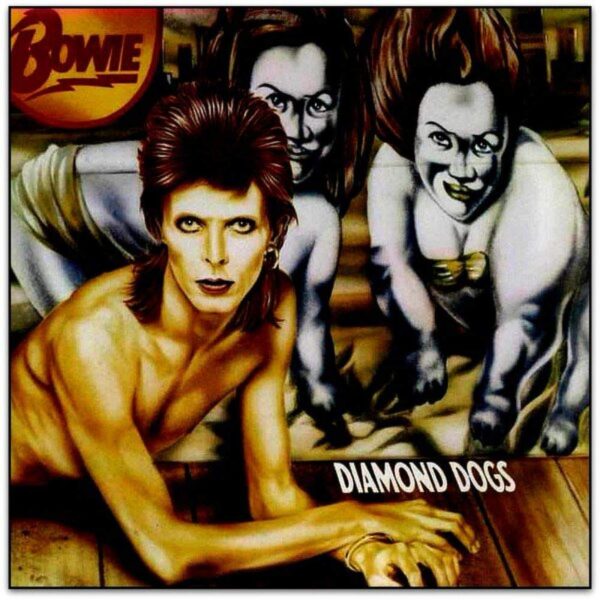