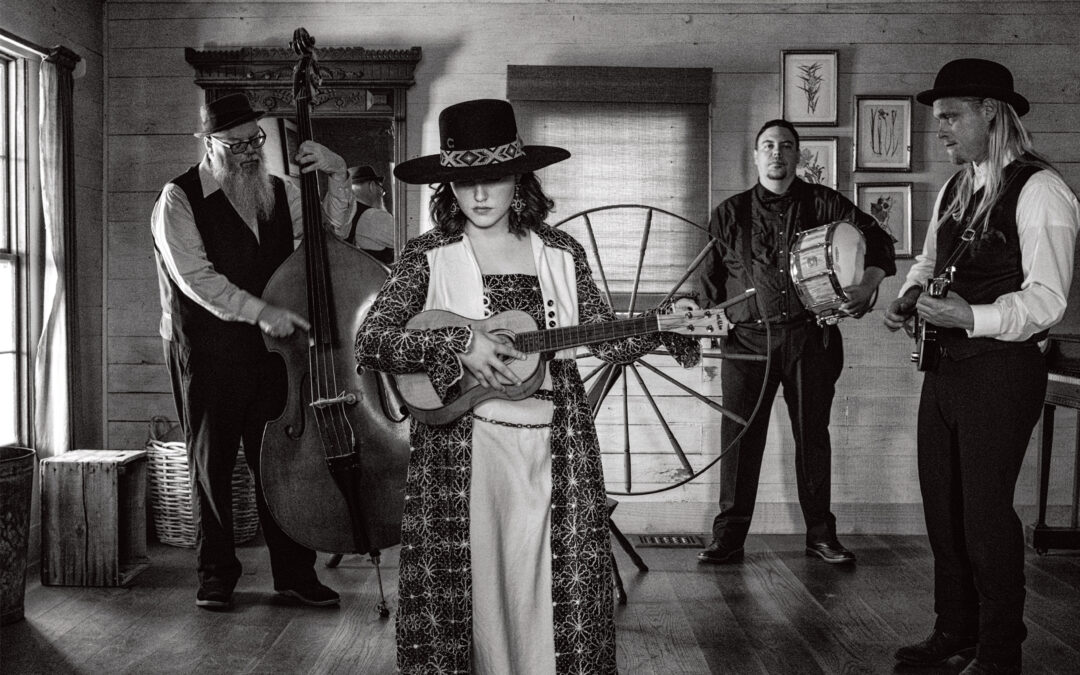 A huge band tour bus emblazoned with the name “Little EmiSunshine” pulled up outside the Crown Center Hyatt Regency in Kansas City, and out walks a small girl in a bright country dress and straw hat followed by an army of family and roadies. This was my introduction several years ago to the artist now known as EmiSunshine. She was already, at the age of twelve, a country music sensation from her Blue Mountain Yodel video that went viral with over a million viewers to her early appearances on The Grand Ole Opry, which now number 13. Now, several years later, she has transformed into EmiSunshine, with several successful albums, being a Finalist on “American Idol,” a collaboration with the famed funk music artist Bootsy Collins, and songwriting and performance collaborations with country/roots legends like Darryl Scott and Jim Lauderdale, among other achievements.

With an earlier scheduled show postponed due to COVID 19, Emi will now come to Virginia Beach to appear in one of her first post-COVID performances, with her family band The Rain, including her father and two brothers, at 7:30 p.m. on Thursday, May 27 at Zeiders American Dream Theater in Town Center Virginia Beach.

COVID was in part responsible for her “American Idol” gig. “During the pandemic, I had very little to do, so I decided to do “American Idol,” and it was really good for me, had an effect on my career as I’d hoped it might.” She chose for her song as an Idol Finalist, Janis Joplin’s “A Little Piece of My Heart,” which she told me she picked because “I’ve always loved and admired Janis. She was one reason I chose to become a singer, and I wanted to perform my favorite song of hers”

Zeiders will be an appropriate venue to experience EmiSunshine and The Rain. Her work has in recent years has opened like an exotic flower, with her self-written songs showing wisdom and facility with lyrics and melody unique to anyone. At nine, she was named by “Rolling Stone” as one of the “10 Country Artists You Need to Know.” Her 2017 album “Family Wars,” produced by four-time Grammy-winning producer Tony Brown, included critically-acclaimed songs that ventured into unusual territory, thought-provoking work exploring abusive relationships, mass violence, political corruption, and freedom for all in America. Yet, her songs often rock with infectious hooks and a country-drenched combination of angst and joy.

EmiSunshine was a cast member in a Grammy-nominated documentary “The King” about Elvis Presley that also featured Emmylou Harris, Alec Baldwin, Rosanne Cash, Ashton Kutcher, and other stars. Contacted by Emmy Award-winning director Eugene Jarecki, she happily agreed to ride in the back seat of Elvis’s Rolls Royce Silver Cloud and sing her songs. The director later invited her to Cannes for the screening of the film at the Cannes Film Festival. “He called and asked me, and I said, yea, sure, I’ll go to France!”

When Funk legend Bootsy Collins called her, he said he had a song with the music but wanted her to do the lyrics and appear with him in the record and video. She quickly said “yes” again and appears in a gorgeous video of their song “Stars,” also featuring famed writer Dr. Cornel West, Bela Fleck, Victor Wooten, Olvido Ruiz, Uche, and others and having a theme of human unity.

Check out Emi Sunshine while you can. “I always try to do something new. I want to give something new for my audience,” the young star said.