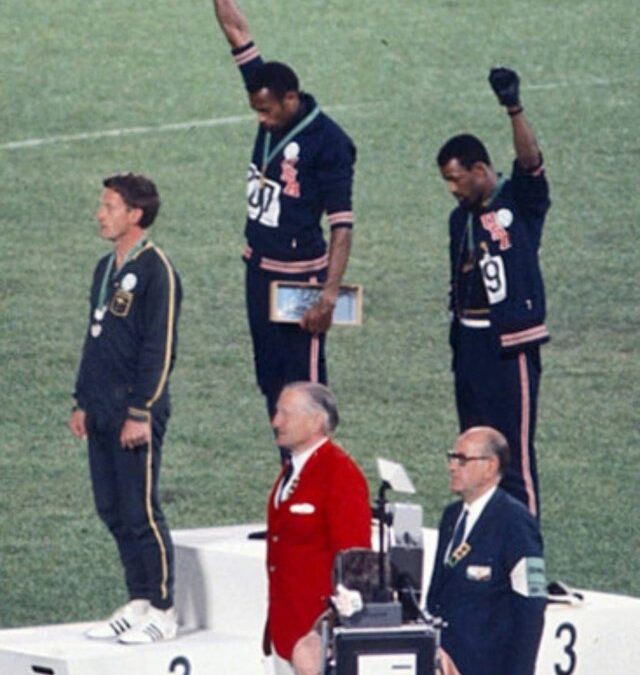 When I realize I am older than the majority of Americans living today, it seems strange.  In 71 years and seven months, a person can see a lot and, if he wishes, learn a lot too.  When the details of the bloody struggle Black people have endured since Emancipation, it has been difficult to realize, let alone believe there was anything one person could do about it.  Some of the publicized struggles were hard to witness, for sure, and some of those struggles were personal – very personal.

I am often amazed at the depth of the wisdom of Dr. Martin Luther King.  The more I learned about him, the more I revered him.  Who would have thought such progress could be made through peaceful means, especially when beatings and killings were so commonplace (peaceful demonstrations or not).  I remember those who marched across the Edmund Pettus Bridge on Bloody Sunday – arm-in-arm and singing – when they were set upon by mounted police, dogs, and beaten (sometimes to death) by officers who were all too happy to “crack a few heads.”  People had the right to demonstrate peacefully, according to the US Constitution, right?  The violence originated with those who supposedly took an oath to “keep the peace.”

For decades, I’ve watched Black people become more impatient.  With the impatience came violence – all the burning and looting that took place in places like Los Angeles, Detroit, and Chicago. Still, the majority of marches and demonstrations were peaceful.  Both Dr. King and the president who supported Civil Rights, John F. Kennedy, were assassinated.  Kennedy’s younger brother, Robert, later joined the list of martyrs willing to die for that just cause.  During it all, the words of the Constitution and founding documents kept coming to my young mind: “…that all men are created equal,” “life, liberty, and the pursuit of happiness,” “liberty and justice for all.”  It was not hard to see the deception – the reality – that those words applied to the chosen few.  They were never meant for Black people like me.

In 1960, Muhammad Ali (Cassius Clay), after having won gold in the Rome Olympics, returned home, proud of his great accomplishment. He stopped to eat at a diner in his hometown.  As his brother tells it, he was told, “We don’t serve Negroes here.” – to which he replied, “That’s okay, I don’t eat them.”  He was unceremoniously escorted to the door.  It is said he walked down to the Mississippi River and threw that gold medal as far out into it as he could.

As a young man, I too became an athlete.  In fact, I was competing at the same time Tommie Lee Smith and John Carlos raised their black-gloved fists in protest during the 1968 Olympics in Mexico City.    They were berated, rebuked, and stripped of their medals (later returned).  I discovered that the Australian athlete (Peter Norman, the silver medalist that year) was also scorned in his home country.  He is said to have used his silver medal as a doorstop.  It was he who suggested Smith and Carlos each wear one glove (Carlos having forgotten and left his pair at the Olympic Village). Few knew the rest of that story: “It was not only raised fists and black gloves.  The two U.S. athletes received their medals shoeless but wearing black socks to represent black poverty.  Smith wore a black scarf around his neck to represent black pride.  Carlos had his tracksuit top unzipped to show solidarity with all blue-collar workers in the U.S. and wore a necklace of beads which he described ‘were for those individuals that were lynched or killed and that no one said a prayer for, that were hung and tarred.  It was for those thrown off the side of the boats in the Middle Passage.’  All three athletes wore Olympic Project for Human Rights (OPHR) badges after Norman, a critic of Australia’s former White Australia Policy, expressed empathy with their ideals.”   Their message was clear and quite honorable.

Years later, a rising NFL superstar, quarterback, Colin Kaepernick, decided to take a stand and bring attention to the injustices that he witnessed against people of color in this country. (Racially mixed, then abandoned by his birth parents he was adopted and raised by white ones.)   Originally, he thought he’d remain seated during the National Anthem. But then he consulted with Nate Boyer, a former member of the Army’s elite Special Forces team, the Green Berets.  Kapernick agreed with Boyer that it would still be respectful if he simply took a knee during the anthem.  Even Boyer was shocked at the outrage and backlash.  Kapernick was severely ostracized – his budding NFL career destroyed.  No team owner dared draft him for fear of backlash.  His message was clear and quite honorable; certainly, a lot less “violent” than the theft of the King’s tea and tossing it into Boston Harbor.

Through decades of mistreatment, the world began to see the depth to which the roots of systemic racism reach.  More and more, athletes use their platforms to bring to light the atrocities that, sadly, continue to this day.

Still, my mind plays the old videos – demonstrators during the Civil Rights era carrying signs that read: “I AM A MAN!”  So, who (what) were others THINKING they were?

People of color were being arrested, killed, and receiving longer jail sentences than their white counterparts.  With television and social media, the treachery was at last being uncovered, and White America was put in the unusual position of deciding what to do.  The claims of racism were proven true.

To most Americans, January 6, 2021 will go down in history as a day of infamy.  Deception led to a literal assault on one of the nation’s most sacred symbols, the US Capitol Building.  Interestingly, many of those who took part were some who claimed outrage at the BLACK LIVES MATTER demonstrations that had taken place the prior summer – demonstrations that, by comparison, were overwhelmingly, unquestionably more peaceful.

“The vast majority of Black Lives Matter protests—more than 93%—have been peaceful, according to a new report published Thursday by a nonprofit that researches political violence and protests across the world.

The Armed Conflict Location & Event Data Project (ACLED) analyzed more than 7,750 Black Lives Matter demonstrations in all 50 states and Washington D.C. that took place in the wake of George Floyd’s death between May 26 and August 22.”  — TIME, September 5, 2020, Sanya Mansoor

Watching the horror of that day, my mind flashed back to those who formerly claimed to be outraged at the use of violence during demonstrations.  Despite what everyone saw, there were still leaders, current and former, who claimed the demonstrations on January 6th were actually peaceful when, in fact, it met the exact definition of a classic “insurrection.”

Forty-Three state legislatures have recently proposed more than 250 bills designed to restrict the voting rights of minorities and the poor.   The elections held last fall did not go the way some had hoped, so instead of changing their platforms to court a larger segment of the electorate, they chose to make it more difficult for some Americans to vote.  Claims of fraud have been taken to court, tried by judges selected by the same ones making the claims, and have been summarily dismissed.  To date, no claim of fraud has been legally verified.

In my mind, one word keeps surfacing – HYPOCRISY.  Lies, deceit – chicanery of all types have created an unprecedented atmosphere of mistrust. Our governing bodies have never been more polarized — unable to agree on even the simplest legislation.

I lived long enough to see the first Black president and the first woman vice-president (and a woman of color at that).  My parents would have cried.  As for me, I’ve concluded there is still much work to be done.  These recent tactics are blatant, arrogant, and defiant – a demonstration that systemic racism is still at work in our beloved nation and must be eradicated if we are to live up to the claims written in those founding documents our forefathers penned all those years ago.  They were grand ideas, certainly worthy of defending, but we have yet to fully live up to their ideals.

Today, I imagine my ancestors who endured deplorable conditions on those horrid slave ships – many preferring to throw themselves into the sea rather than endure bondage.  The many who survived were later bought and sold, beaten and lynched – stripped of any hope of escape.  It is no wonder that, in so many of the old Negro Spirituals, the theme of the relief and glory of death is so prominent.

When I see politicians doing what politicians do, it is more than infuriating.  Then, to hear their iniquitous attempts to justify their actions, I admit it makes my blood boil.  I graduated high school.  I heard the crowds scream in support of my exploits in countless athletic venues.  I have worn the uniform of an officer in the Army of this country.  I have been inducted in no less than three different Halls of Fame.  I have completed college (Bachelors, Masters AND Doctorate).  I’ve been honored as a Master Educator, coaching and mentoring untold thousands of young people in four decades of service.  I never once had a significant brush with the law.  (I have had ONE traffic ticket in my life – N.C. in 1972).  Yet today, there are those who would have the unmitigated gall to attempt to limit my hard earned voting rights.

I am but one voice, but that voice WILL be heard in all the ways I can scream to those who would, to this day, refuse to listen and do what they already know is right.  “Liberty and justice for all?”  INDEED!