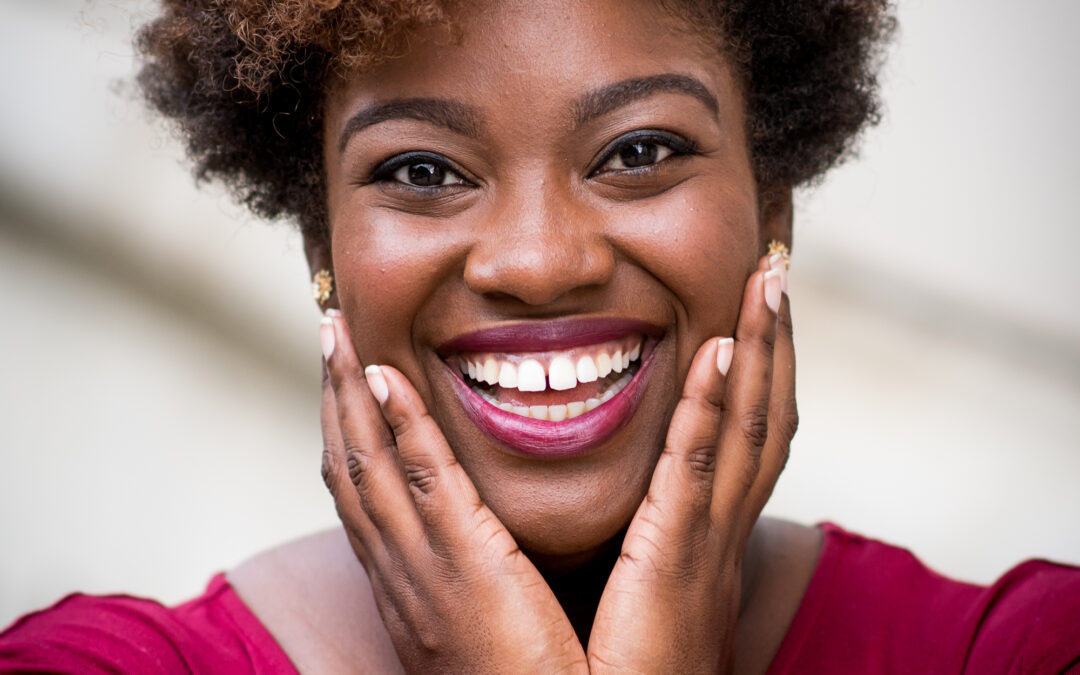 The Virginia Arts Festival and Virginia Opera outdoor co-production of Leonard Bernstein’s Trouble in Tahiti, his seldom heard one act, forty minute opera from 1952, affords Hampton Roads audiences – and those who watch online – a chance to hear one of Virginia Opera’s notable discoveries, soprano Symone Harcum.

Though the world of opera plots is rife with troubled relationships, Trouble in Tahiti is probably the only such tale written by a man on his honeymoon.

More specifically, it’s absolutely unique when precisely described as written and composed by a bisexual genius newly wedded to a beautiful actress wife. (They stayed married, despite his several and sometimes prolonged same-sex affairs, for some 27 years until her death, and had three children.)

Harcum is one member of a sort of Andrews Sisters, scat singing jazz trio – Bernstein called them “A Greek chorus born of the radio commercial.” They counterpoint the troubled marriage of Sam and Dinah, stuck together in shared frustration in the 1950’s American suburbia which the vocalizing trio celebrates, or pretends to celebrate, in cheerful upbeat song as Sam and Dinah go through one day in their rut-stuck lives.

Harcum comes to Tahiti, and two other Arts Festival programs in mid-April, trailing a luminescent comet tail of praises for her singing and acting.

Once upon a time, Harcum “thought she was going to be teaching Middle School chorus forever.” When she graduated from Norfolk State, which had recruited her immediately upon hearing her in a Baltimore high school choir, she started work as the Choral Director at Norfolk’s Ruffner Middle School.

Though she’d made her stage debut in childhood, and had been singing publicly “as long as [she] can remember,” Ms. Harcum had never even seen an opera until she was cast in the chorus of the Virginia Opera’s 2012 Pearl Fishers, and she’d “had to be convinced to try out for the chorus.”

“I fell in love with opera and I had to pursue it. Virginia Opera kind of brainwashed me…in a good way!”

She’d sung in the Baltimore church where her accountant mother was choir director, and as a child was routinely asked to sing for her grandparents’ friends. Her father owns a trucking company and “has no connection to the performing arts,” but it was her paternal grandmother who got young Symone her first stage time.

Attempting to enroll 7-year-old Symone in a summer program at Houston’s first Black theater group, The Ensemble Theatre, the elder Mrs. Harkum was told that Symone was too young by a year.

“I really want to get her into this program,” commented her “very adamant” grandmother, asking why eight was the minimum age. Participants must be able to read, was their answer.

“She can read,” was grandmother’s.

As a reading test, Symone was given the Narrator’s opening monologue for the upcoming production of The Velveteen Rabbit.

Having played, of course, the Narrator for The Velveteen Rabbit that first summer, narrating the whole show from memory, she continued with The Ensemble Theatre “every summer” for ten more years.

After Pearl Fishers, she sang in the choruses of Sweeney Todd, Traviata and La Bohéme here, and went off to the Peabody Conservatory at Johns Hopkins University for her Masters in Music, picking up a handful of awards and work with companies in Maine, Minnesota and Iowa.

She was slated to sing Virginia Opera’s High Priestess Aida under Groag’s direction and to understudy the title role, before “the world blew up” and the show was cancelled.

Harcum has a couple of local appearances before Tahiti hits the Festival’s new Bank Street Stage for four performances May 7 and 8. April 17 she and the other members of the Opera’s Emerging Artists program sing with bass-baritone Ryan Speedo Green at Chrysler Hall, and April 22 she’s on the Bank Street Stage with the VAF Chamber Players under Turner’s baton.

Tahiti stage director Kyle Lang, who directed La Boheme and Cenerentola, sums up Harcum as “a great singer [and] a joy to work with…the whole package.”

Trouble in Tahiti by Leonard Bernstein