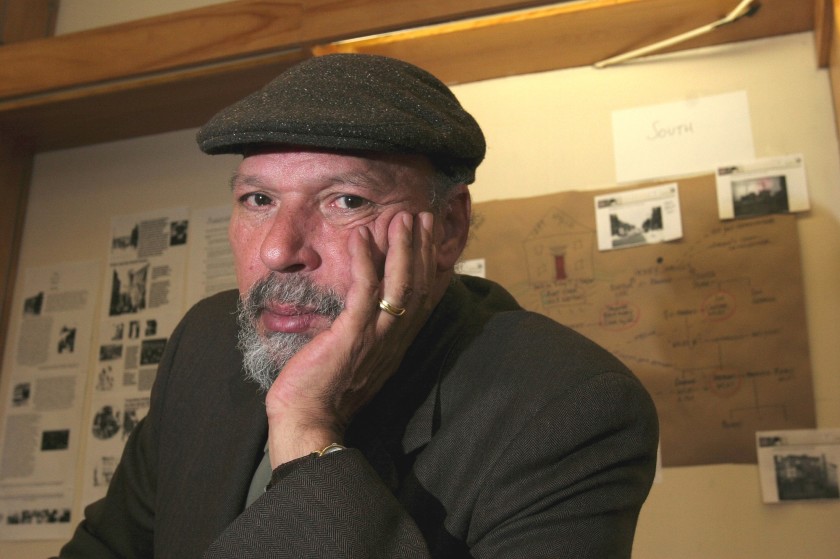 “Of course everybody knows that one and two-person shows are the easiest way back, with social distancing and safety…” says Anthony Stockard, NSU Theatre Company’s producing Artistic Director, regarding the decision to produce August Wilson’s How I Learned What I Learned, the critically acclaimed one-man show that will properly, and safely relaunch local professional theater within this continued time of Covid. The Virginia Arts Festival show is a co-production with Virginia Stage Company and NSU Theatre Company, and is a key offering within an exciting slate of works that will debut this month at the festival’s new outdoor downtown venue, Bank Street Stage. Anthony and I are chatting about the show by phone, which along with Zoom’s ever-growing popularity, is still the safest way to communicate these days.

“Patrick [Mullins] had remembered that I’d talked to him a long time ago, that on my bucket list was being able to do How I Learned What I Learned, by August Wilson,” recalls Stockard. Patrick eventually pitched it to Tom Quaintance, Virginia Stage Company’s producing Artistic Director, and the rest is history, as the cliché goes. They were originally targeting the show for Fall 2020, but due to the surge in Covid-19 cases locally, that goal became unattainable. “This was the time where everything worked out and was approved, green-lit…and here we are in rehearsal,” he says cheerfully.

“I’d just said that someday I would love to be a part of telling this story. Not necessarily as the star of the show, even as the director, I would have been fine with that.” Stockard additionally tells me that it was Tom who asked if he would star in it, and so he happily accepted the role. Though arguably better known as a producer and director, Stockard has worked extensively as an actor as well. He was last seen at Virginia Stage Company in their annual A Christmas Carol, the pre-pandemic production.

This co-production of the August Wilson penned, theatrical memoir is being presented as a staged reading, in part due to all of the pandemic related restrictions that live theatre still has to contend with. Stockard explains what patrons can expect. “Aside from being connected to the script, the show’s about an hour and a half, it’s one voice the entire time…” he says. “The only real difference is the fact that you will see a script…the blocking is there, the set is there.” And thankfully, both the stage and audience will be covered by a tent, so the perils of bad weather shouldn’t dampen any of the upcoming performances.

And although Stockard is the only star, there are still a whole lot of Covid protocols that are being closely followed as the show is being mounted. “I’m tested for Covid 3 times a week in rehearsal. Even the artistic director, Tom, isn’t allowed in the room because only the people needed to run the rehearsal can be in the room,” explains Stockard. “So it’s just me, the director, and the stage manager.” Directing this local production is VCU’S Tawnya Pettiford-Wates, who besides her work as a professor, has extensive credits as an actor, director and playwright herself.

“She lived in Seattle during the time that he was developing this work, and met him on a few occasions…and was very excited, being at the helm to tell this particular story,” says Stockard, about his director. “I’m excited for people to experience it. She is directing with a very sure hand.”

How I Learned What I Learned premiered in New York City at the Signature Theatre, back in November of 2013, in a fully realized one-man production co-conceived and directed by Todd Kreidler. That production starred the great Ruben Santiago-Hudson, who actually won a Tony Award for his role in August Wilson’s Broadway hit, Seven Guitars, and has become closely associated with the iconic playwright’s work. The origins of the play though, goes back further, as Wilson wrote and starred in an early staging of the work in 2003, two years before his untimely death at 60, from cancer.

August Wilson is inarguably the most successful Black American playwright of all time, and is universally regarded as one of the country’s greatest storytellers. His ten widely produced plays — including Fences, Jitney, and Ma Rainey’s Black Bottom, make up what is known as his Century Cycle, an ambitious ten works that chronicle every decade of black American life in the 20th century, primarily set in the Hill district of Pittsburgh, where he grew up. Wilson is the recipient of almost countless honors, including Tony awards and Pulitzer Prizes. And a couple of his plays have been recently adapted into films, thanks to the work of Denzel Washington, and have earned Oscars and related acclaim.

Wilson’s process writing these iconic works, as well as stories detailing his life growing up in Pittsburgh’s Hill district, including experiences with romantic love, art and racism, are delivered with humor and verve throughout How I Learned What I Learned’s 90 minutes. Fans of the playwright’s works will find much to enjoy and discover within these stories. “You instantly recognize the inspiration for characters, storylines, and source material,” says Stockard. “It’s a little inventive… but it’s definitely these brilliant, hilarious, poignant, powerful, and revelatory stories of August Wilson.”

August Wilson’s How I Learned What I Learned