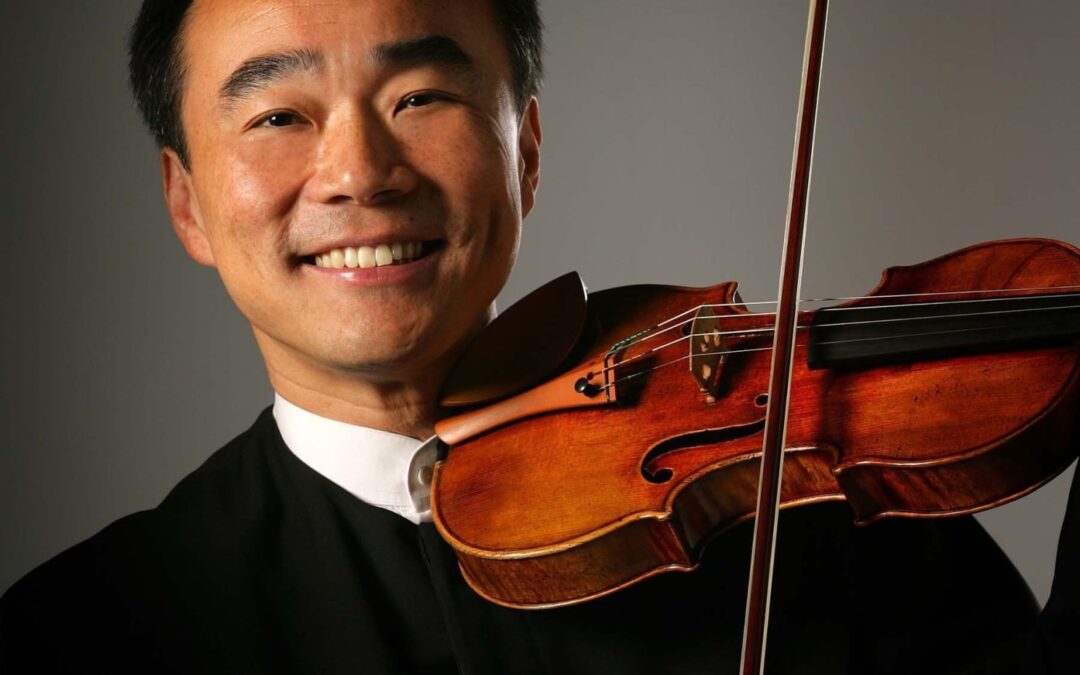 Bach’s Brandenbug concertos are like embraces from the Mona Lisa. Some are spritely

and flirtatious, some dignified, languorous and tender, some passionate, but all are sublime and wonderful.

Each note, each phrase, has an incomparable inevitability about it. This is not the same as predictability – this concept is borrowed from an essay on poetry by Yale critic Harold Bloom – because that which is predictable is routine.

Rather each moment of every Brandenburg concerto provides a bit of musical experience that is so perfectly “right” that it and it alone fits, inevitably, exactly where and when it does.

Four of Bach’s six Brandenburg Concertos come to stages in Hampton Roads as the Virginia Symphony Orchestra returns to live performances for live audiences. (March 26 and 28 shows at the Sandler and Ferguson will be streamed online, on demand, beginning March 31.)

The original plan to do all six was abbreviated by pandemic compelled restrictions, VSO Artistic Administrator Rodney Martell explained by email. (Martell was primarily responsible for programming the original 2020-21 Season, working with guest conductors, the orchestra’s marketing department and VSO President and CEO Karen Phillion.)

“In adherence to the Governor’s executive order, audience attendance will be limited to no more than 250 at each location and will require masking and other safety protocols,” noted a press release. Current VSO season ticket holders not attending in person by choice or necessity, get “free priority access” to the concerts “streamed live, real-time.”

Violin soloist for the concerts is Cho-Liang Lin, who’s held any number of symphonic and musical festival posts since he made his professional debut as a soloist with the New York Philharmonic at the age of 19.

Though there is no conductor listed for this concert, and Lin is himself a conductor of note, he says that he is not fulfilling that role. These concertos, he says, “are really played as a shared experience” with the members of the Symphony. And though he will play solo violin throughout, VSO instrumentalists are featured as well.

The lively, even toe-tapping Concerto 3 is the first on the program. Lin says it’s “written for strings only. It really shows off the abilities of the ten string players.”

Number 1 “is the largest ensemble…the most courtly, the most stately of them all.” Lin notes the “beautiful minuet,” and points out that it uses “three different trios. Each trio features a different group of instruments that shows them off” in different ways.

Next to last on the program is Concerto Number 4, which “is really designed to show off the solo violin and two flutes and a small string orchestra and harpsichord.”

“Number 2 is such a monumental piece…A string orchestra surrounding four soloists, [and] the…fiendishly difficult…trumpet part perhaps is the most challenging in the repertoire. It’s a great way to close the concert,” says Lin.

The whole six pack of musical genius has been regarded as the most famously failed job application, and almost certainly the most misguided human resource decision, ever made.

In 1721 Bach sent his manuscript to Christian Ludwig, Margrave of Brandenburg, with an effusive dedication. Ludig never paid for them nor offered Bach the employment he apparently sought.

The manuscript languished, probably unplayed, in Ludwig’s library until he died. Sold for the 21st century equivalent of $24, they rested unnoticed in archives until 1849 and were published a year later. (They narrowly escaped Allied bombing during World War 2.)

Others have a higher opening of the concertos than did Christian Ludwig.

Douglas Adams, polymath author of the Hitchhiker/Galaxy series: “I’m convinced that Bach is the greatest genius who ever walked among us, and the Brandenburgs are what he wrote when he was happy.”

Lin again: “Some of the best music ever written.”

Safely, socially distanced live and without intermission, and streamed online too! Who could ask for anything more?