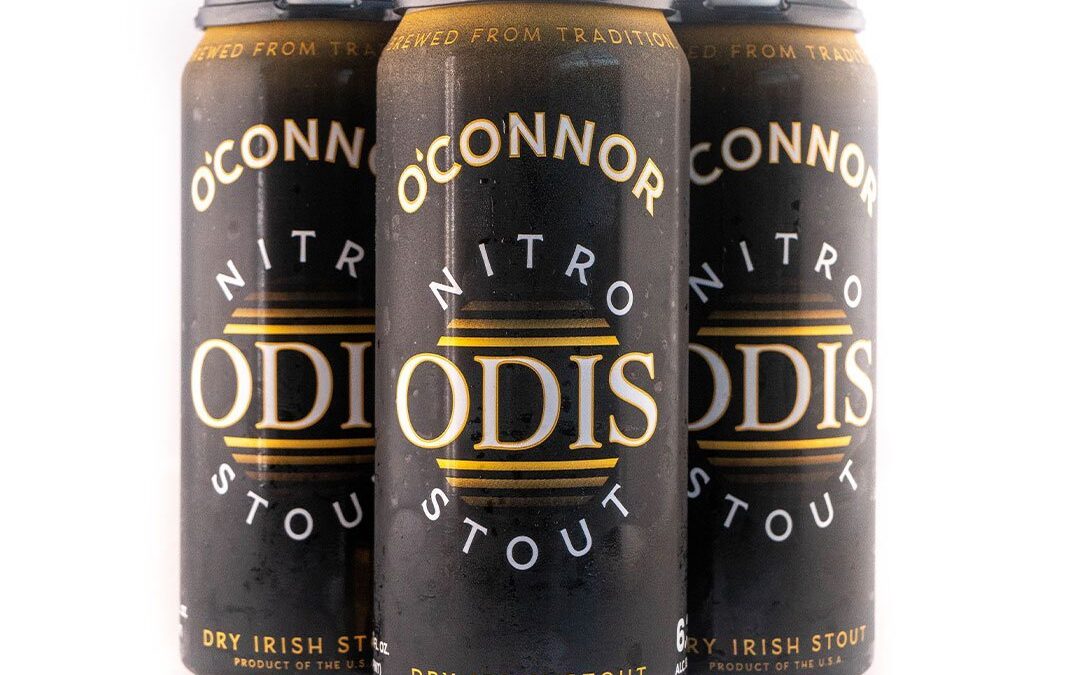 Once upon a time in America — think 2010 and before — there were basically two choices of beer to consume in celebration of St. Patrick’s Day at local restaurants and bars: Guinness Extra Stout (draft or bottle) and mass produced lagers infused with green food coloring.

When the most recent craft brewing revolution began to take shape in 2010, upstart breweries primarily focused on producing the basics — a variety of traditional European-inspired ales, porters and stouts.  Among these were Irish influenced red ales — a nod to Killkenny — and a roasted stout. The quest to replicate a proper pint of Guinness proved challenging for most, but O’Connor Brewing Company seemed to be closest to the real McCoy with its now famous O’Connor Dry Irish Stout, affectionally called ODIS.

“I love Irish stouts,” said founding president Kevin O’Connor. “When we first created ODIS — it was like our fourth or fifth beer — we wanted something that we thought was done just as well as Guinness. It went out in draft at first. People seemed to like it. It was not that big of a seller for us until we put it in bottles.”

When Charlie Papazian, founder of the Brewers Association, toured the Southeast region of Virginia with his family to witness what local breweries were creating around 2012-ish, he paid O’Connor a visit. Talking shop at O’Connor’s simple, makeshift tasting station within the original production brewery, Papazian specifically singled out ODIS and remarked how impressed he was with stout.

It wasn’t long after these accolades that ODIS began winning awards in international beer competitions like the Dublin Craft Beer Festival and nationwide where it scored a gold medal in 2020 at the prestigious Great American Beer Festival in Denver.

As craft brewing technology and processes improve many brewers have tweaked recipes developed a decade ago. During a slight adjustment to ODIS, the O’Connor brewing team decided to use nitrogen instead of CO2 for that true-to-style Guinness draft with a creamy head and endless, bottom-up cascading bubbles. O’Connor also packaged the nitro version in 16-ounce (pint size) cans.

“That changed everything,” said O’Connor. Now people see it and they want to buy it. Adding that nitro to it brings that true creamy feel that is synonymous with a true Irish stout.”

Where cans of Guinness and the pub-style English-brewing Boddington make use of a nitrogen filed widget that is automatically activated when the pop-top is cracked open, O’Connor uses a different approach.

“What we do — and a lot of American breweries are doing now — is we infuse nitrogen drips in the line,” said Kevin O’Connor. “Once the can opens the nitrogen kind of fills up the whole can.”

ODIS is widely available in all the usual retail outlets and is on draft at various restaurants statewide. O’Connor Brewing Company will feature it in grand style during its 11th anniversary festivities Saturday, March 13 with music by Glasgow kiss.