VIEWPOINT: Love and Encouragement Are What We Need 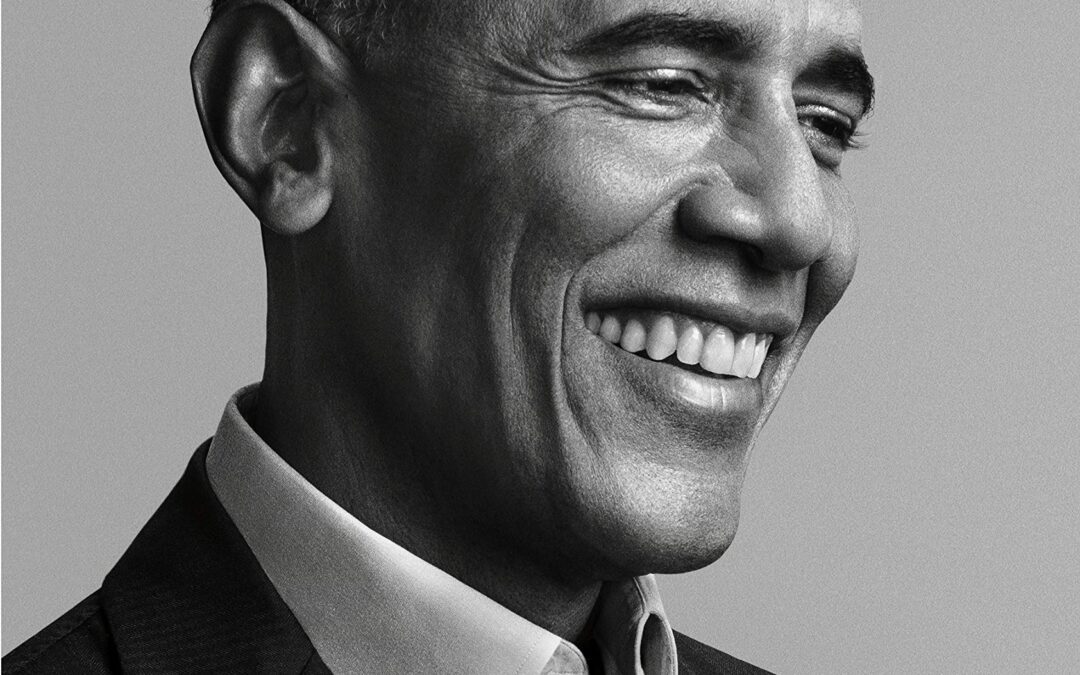 (In his book “A Promised Land,” former President Barack Obama shares many lessons learn in how to treat other people.)

It has been said: “We come into this world crying while all those around us are smiling.  We should live our lives in such a way that when we leave this world (as each of us surely must), all those around us are crying and we are smiling.”  What if those initial cries represent a plea for help?  Among all of earth’s creatures, human babies remain helpless and in need of care and instruction for the longest amount of time.  We are all born into a troubled world.  When left alone, many fall victim to a number of negative, or even tragic, outcomes.

Take this statement from Mark Barnes, in his blog, “Harmless Thoughts,” Nov 2003, referencing the Minnesota Crime Commission Report of 1926: “Every baby starts life as a little savage.  He is completely selfish and self-centered.  He wants what he wants when he wants it: his bottle, his mother’s attention, his playmate’s toys, his uncle’s watch, or whatever.  Deny him these and he seethes with rage and aggressiveness which would be murderous were he not so helpless.  He’s dirty, he has no morals, no knowledge, no developed skills.  This means that all children, not just certain children, but all children, are born delinquent.  If permitted to continue in their self-centered world of infancy, given free rein to their impulsive actions to satisfy each want, every child would grow up a criminal, a thief, a killer, a rapist.”

It is interesting to consider what might happen in the human psyche if the propensity to be “bad” is “fertilized.”  It is certainly no news that criticism, scorn, and other types of abuse (physical and emotional) can bring out the worst in human behaviors, only pouring gas on a fire that is already hot and with the potential to be unbelievably destructive.  It is not uncommon for sociopaths – serial killers and the like – to have grown up in such explosive, abusive environs.  (The same is true, in fact, in the treatment of animals).  With humans, however, it is particularly true.  In order to raise a delinquent – a child who might be prone to commit the most heinous of crimes, nothing really needs to be added. However, if what IS added is mistreatment – cruelty – monsters are (commonly) the result.  The ingredients for a “monster recipe” are already there.  Abuse – mistreatment of various types – only exacerbates the situation.  Many times, the first word a baby utters is “Ma-ma” or “Da-da,” but when you think about it, more often than not, that first word turns out to be a testament to his true, oppositional nature.  That word is often simply “no!”

No one has to teach negative behaviors.  As with the number of little items they always seem to find lying around on the floor, children just “pick it up.”  Then, more important, they “put it into their mouths,” and it somehow finds its way to their little brains.  If these behaviors come so naturally, then it must be essential that in any society (if it expects any level of civility from its young) children must be taught to know the difference between right and wrong and thereby, become an asset (rather than a liability) to their society.  If attention and time (a good deal of both) are not dedicated to turning around the very natural, very expected negativity that is innate in human beings, then it would be insane, in the long run, to expect anything other than chaos.  Everyone desires to live in a utopia – rich and peaceful – but what is the “magic key” to that treasure chest?  How are human beings properly humanized?

When the dust and fog are cleared – when every other supposed solution is examined, only one truth remains.   Nearly everyone in the world has one, ultimate goal – to BE somebody.  Of course, that can mean a multitude of things, from person to person, culture to culture. It could be something as simple as learning to ride a two-wheeler.  It could be to become a national leader.  A key ingredient in achieving one’s goals is motivation.  Individuals (even children) must be convinced that any endeavor they choose to undertake is somehow worth the effort – in their best interest.  They are taught to walk because walking helps them get around better than crawling.  They are taught a good work ethic because work helps them earn a better living than begging.

Consider this passage from Proverbs 22:6:  “Bring up a child in the way he should go, and when he is old, he will not depart from it.”

This verse implies that, without proper encouragement, a child will not know which way to go.  From birth, mothers are generally a youngster’s first real motivators.  Once again, this is true in the animal kingdom as well.  Young antelope, almost immediately after being born, are encouraged not only to stand, but to run (and for good reason).  Birds are taught to fly, and fish, how to find food – often under the nurturing eye of dedicated parents.  While many animal behaviors are purely instinctive, with humans, there is a higher purpose – intellect.  Of all creatures, human youngsters have, by far, the greatest potential to learn and to change the world.  They, therefore, require years of patient encouragement.  Motivation and encouragement are inseparably linked.  Their effect can be seen and felt at an early age.

From Barack Obama’s “A Promised Land”:  “Once, when my grandmother discovered I had been a part of a group that was teasing a kid at school, she sat me down in front of her, lips pursed with disappointment.  ‘You know, Barry, she said…there are people in the world who think only about themselves.  They don’t care what happens to other people as long as they get what they want.  They put other people down to make themselves feel important.  Then, there are people who do the opposite, who are able to imagine how others must feel, and make sure they don’t do things that hurt people.  So…which kind of person do you want to be?’”

Arguably, the most valuable quality of encouragement is that it never gets old.  It is indispensable when it comes to good leadership.  Both encouragement and leadership can come in a multitude of styles: the patience and nurturing are effective for little league coaches (Boo Williams), the quiet, “wise sage” (John Wooden), or the tough, never-quit style (Winston Churchill).

Encouragement is precious (priceless) — a genuine blessing.  It can “make” a person as much as the lack of it can “break” one.  It reaches right down to where the soul resides, and offers added benefits like inspiration, confidence, hope – life jewels that can last a lifetime.

Just as motivation and encouragement are linked, they are also mutually linked with the most precious of all human concepts – love.

In many ways, one of the best things in the world is to genuinely care for each other.  People who love people – who are willing to sacrifice their own comfort – enjoy a rather “enhanced” existence.  In fact, it’s not an existence at all.  Instead, they LIVE.

Throughout the country (if at all possible), now is a good time to adopt the role of “loving care-giver.”  Opportunities are not difficult to find, and it’s so much more gratifying if done anonymously.  It is hard to imagine a time when so many have found themselves in such desperate need.  However, we are blessed with sufficient resources to truly rescue some of those who are in dire straits – many having exhausted all their resources in desperate attempts to stay afloat – to save themselves.  If ever there was a time to be motivated to encourage others to LOVE, that time is certainly right now.  For as corny as it may sound, the Beatles had it right in their song “All You Need is Love.”  Listen to the lyrics again, and count the number of times they say “it’s all we need.”