Thoughtful Change Amid a Whirlwind at Virginia Opera 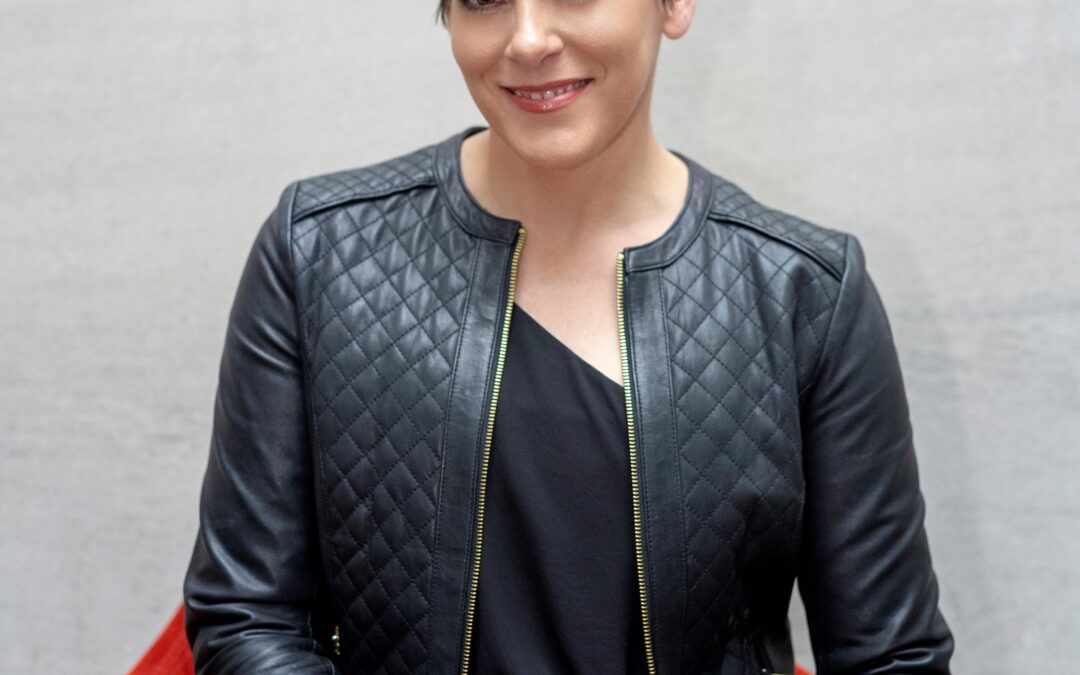 Trailing 25 years of acclaim as a singer and a record as a life-saving turn-around admin for a beleaguered Ohio opera company, Ms. Kriha Dye arrives just as Virginia Opera, and every other performing arts group nationwide, confronts unparalleled challenges.

Well before COVID-19 and the retirement of CEO Russell Allen, the Opera had embarked on a path of innovation and change, with Artistic Director Adam Turner setting a goal several years ago of having the youngest opera audience in the nation by 2025.

“Change is what I tend to do,” said Dye, in a phone chat during her first week here, which she described as “Living in a whirlwind.”

“It’s been a lot of quick education and a lot of listening,” she said of her first few days here, adding “I want to be very thoughtful about anything I do…. And I want as much input as I can get before I make decisions.”

Asked about her first impressions of the region, she immediately said, “I love the water everywhere.” Columbus, Ohio was landlocked, but she was born and raised in Northern Minnesota, “surrounded by water.”

Of the folks at Virginia Opera, she says that their “excitement and devotion and their sensitivity to the current time as it relates to opera” was “a deciding factor in [her] wanting to work here.”

Her career as an administrator at Opera Columbus began, according to an article in Columbus Monthly , when a touring production of Mozart’s Don Giovanni in which she was playing Elvira – a role that she calls her favorite, she said on the phone – happened to bring her to Columbus. Since she and her family had already made their home there, she offered to help “round up” a chorus of local performers.

The Columbus company was on the ropes financially, to the point of cancelling half of its planned season, but Kriha Dye, beginning part time, took charge of outreach and education activities, then became, successively, general manager, artistic director, general and artistic director and by January of 2019, CEO as well.

Partnerships with other arts groups, programs that showcased young talent, and an emphasis on inclusive and innovative approaches to traditional and new operas more than revived the company. Thanks to what she termed “a massive team effort”, the once financially strapped company became solvent enough to establish endowments to secure fiscal stability. Replacing shows brought in from elsewhere, Opera Columbus began staging its own productions that were well received and highly praised. “Financial integrity and artistic excellence,” coupled with relevance to the community “gave us a clear direction.”

She quickly deflects questions about what sort of works she would like to see staged here. She’s not the artistic director, she points out. That responsibility lies with Turner, of whom she says, “I’m here to support Adam. Adam is my partner; he really is my partner. I’m going to lean on him.”

Before coming here she knew of Turner “by reputation only, which was very good,” saying that he has “A big heart and a lot of talent.”

Turner comments, “I get the sense that we share a similar aesthetic, a similar vision of the possibilities of opera instead of the limitations. She feels the same as I, [about] stories that are relevant to modern, younger audiences…stories that are about them, people that look like them, that feature the here and now [and are] a vehicle to connect with a broader audience base [and] the vision of securing the youngest audiences by 2025.”

“We are riding the rollercoaster of change every day,” Kriha Dye says of the pandemic effect. “It makes decision making extremely difficult, when you are trying so hard to meet the expectations of the public.” She does not want to put “one band aid on top of another,” but rather look for “meaningful changes that we can make long term.”

Turner explained that he had Zoom meetings with all of the candidates, but was not involved in the hiring decisions. His observation of Kriha Dye, he said, was, “She’s a very strong woman with bold vision and …a record of excellence and success in her community. I’m confident that she will bring all these elements to Virginia.”

He had asked Kriha Dye, “Would she have any issues with letting go” of the programming decisions she made as an Artistic Director. She told him “It will be refreshing to let someone else” do that, “so I can focus on running the company and getting people excited,” she assured him. “She wants to get people to fall in love with this art form,” he said.

That’s where she feels her 100-plus roles as a singer boost her work as an administrator. (She made her Carnegie Hall debut as a grad student, and sang Stella in André Previn’s premiere production of his operatic version of A Streetcar Named Desire. ) That performing background makes her “able to communicate with a passion that is effortless. The passion I communicate about the arts is very deep and very natural. It’s very important; a lot of what I do is gathering an audience.”

(She’s not going to sing here; she is very firm about that.)

Turner says, “I’m excited to have a new partner. There’s a lot of excitement in the air. She wants to be there to support the vision that I have, to amplify it and elevate it. She’s fun.”

“I’m eager to serve the city I am in,” Dye adds, and most importantly maintains, “Opera is fun.”