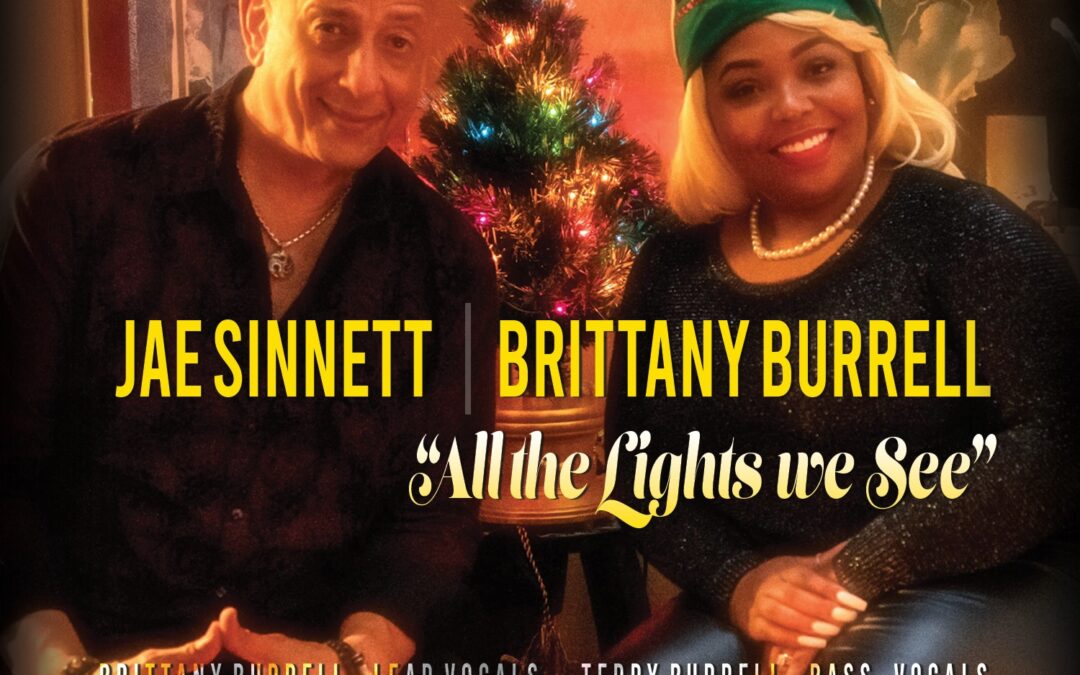 “All the Lights We See” (Single)

How do you cap off a year when your “Just When You Thought…” album continues to reel-in great reviews and remains high on jazz recording charts?

The song begins with sleigh bells, a rat-a-tat-tat on drums, and then comes the funk.

“All the Lights We See” isn’t the jazzman’s first foray into R&B and funk. In recent years, he’s dabbled in crossover recording projects to keep his intellectual explorations fluid, and this fun tune brings it all together.

This single has a party vibe midway like a Parliament record might as a reminder the season at hand is about friends joining together in harmony and joy.

And that’s really what this song conveys. — Jeff Maisey

“Live at the Goode Theatre”

The quartet has received accolades from Rock & Roll Hall of Famer Dickie Harrell from Gene Vincent and His Bluecaps, and hearing this collection of rip-roaring songs captured at Old Dominion University’s Goode Theatre is a sonic pleasure.

Material like “Hey Bartender, “ “Run With Me” and “Mood Is Right” transports the listener to the age of hot rods, snappy clothes, and when Sam Cook was cookin’ on stage.

If you’ve caught Smith live in a local restaurant as a solo act chances are you may have heard some of these pleasing folk, soft-rock tunes.

Where “Be Nice” recalls the tone of Cat Stevens and “Fight Sleep” showcases Smith’s fine finger-work and storytelling talent, “Shine Through” has a nice groove and hopeful melodic feel and “Live For” sends the listeners home with a soothing, peaceful message.

The standout track, for me, is “Another Long Day” with its choice dynamic accents and unique structure. — JM

Tom Southern and the lads of Suburban Key Party continue to impress with quality songwriting and musicianship, and “The Chase,” the band’s fifth album, is their finest moment to date.

“Moments” is an obvious radio-friendly track. “Promising Tomorrow” starts off in a dream-pop state and builds nicely with a memorable melody that’ll have fans singing along when the band takes the stage again.

Sections of “Tempted by Temporary” remind me a bit of World Party’s “Ship of Fools” and “If You Go” has an infectious swing and a hint of Marc Bolan in the vocal that is most satisfying.

Catch “The Chase” for yourself. — JM

Blues guitarist and singer Tom Euler made his studio recording debut last year with the outstanding “Blues Got My Back” album, and already he’s raising the bar as heard on this new high-energy single where he flashes shades of Stevie Wonder’s “Higher Ground” and electrifying, dynamic blues-rock.

The road ahead is bright. — JM

Early in the pandemic, Wilder posted this single and we can only hope he continues in this fashion with an EP or full-length album.

“Bottle It Up” starts out with what sonically resembles an old school Casio or Korg keyboard and electronically generated drum beats.

Where the song really shines is in Wilder’s varied vocal ranges and the catchy pop sensibilities of his song-craft arrangements.

Bottle it up and make it a six-pack. — JM

“Where Were You When?” (Single)

Award-winning Ben Phelps Project returns from the studio with a new multi-layered epic tune that is both powerful and stunningly beautiful.

Phelps proclaims “love’s coming back again,” but in the meantime great songs like this will suffice. — JM