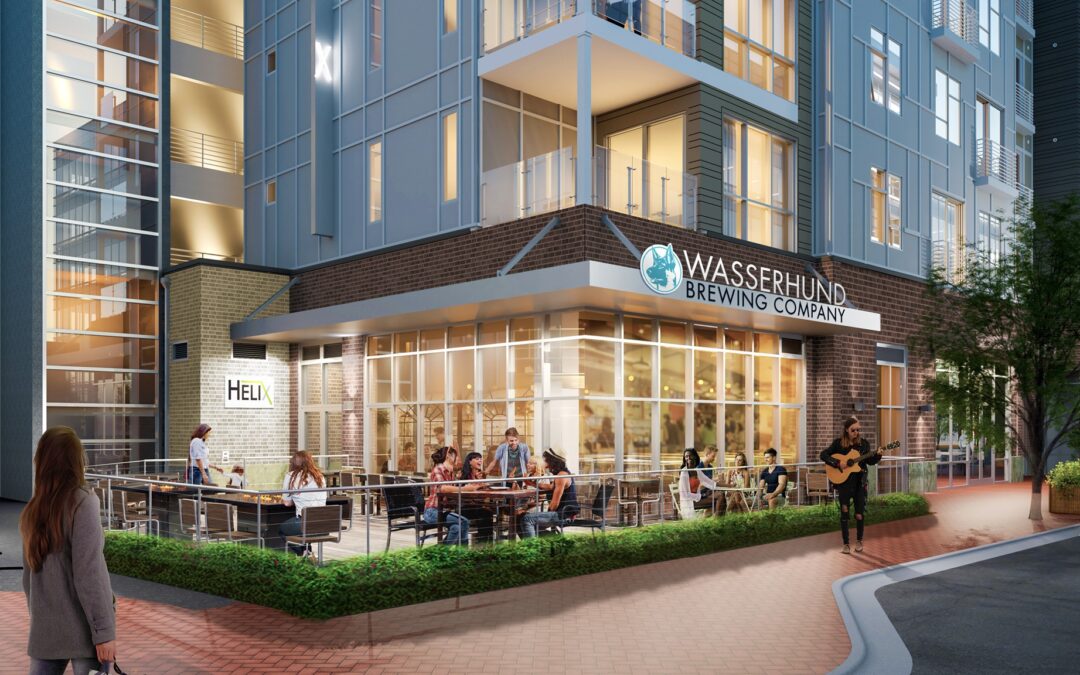 Wasserhund Brewing Company has leased 4,000 square feet of prime, street-level space at Summit Pointe, in Chesapeake’s Central Business District. The second location for the brewery, located at 510 Belaire Avenue, is scheduled to open in June 2021.

The company’s first brewery opened in 2015 in Virginia Beach, and the company just celebrated its five-year anniversary. Wasserhund, meaning water dog in German, has created a strong following among beer lovers with a taste for authentic German-style beer and unique pizza.

The new brewery at Summit Pointe will feature its signature pizza and high-quality ales and lagers along with a chill, family friendly environment that celebrates the German beer culture. Its most popular beers include German Shepheweizen, a German-style hefeweizen; Unleashed Boysenberry Gose, a fruited gose; Purebred Pilsner, a German-style pilsner; and Doggy Paddle IPA, a West Coast IPA.

The founders, Aaron and Christine Holley, both military brats and chemical engineers from Virginia Tech, met and fell in love at Kellam High School in Virginia Beach. One trip to Oktoberfest in Munich motivated them to start home brewing and eventually to open the brewery at 1805 Laskin Road.

Wasserhund’s mission is to encourage people to eat, drink and enjoy good company. The company also has a strong commitment to the community and has weekly charity nights where a percentage of revenue goes to support different local charities.

“We are thrilled to welcome Wasserhund Brewing Company to the neighborhood,” said Chris Williams, senior vice president with Summit Pointe Realty, LLC. “Aaron and Christine have developed a brand that fits perfectly with the community we are creating.  I have no doubt they will be welcomed with great enthusiasm.”

“When we were approached about the opportunity to be a part of this amazing concept, we knew it was time to take the leap,” said Christine Holley, co-founder and operational director. “We have been patiently waiting for the right place and time to expand, and this is the perfect fit for our brand.”