ROBOTHAM: See You at the Pub 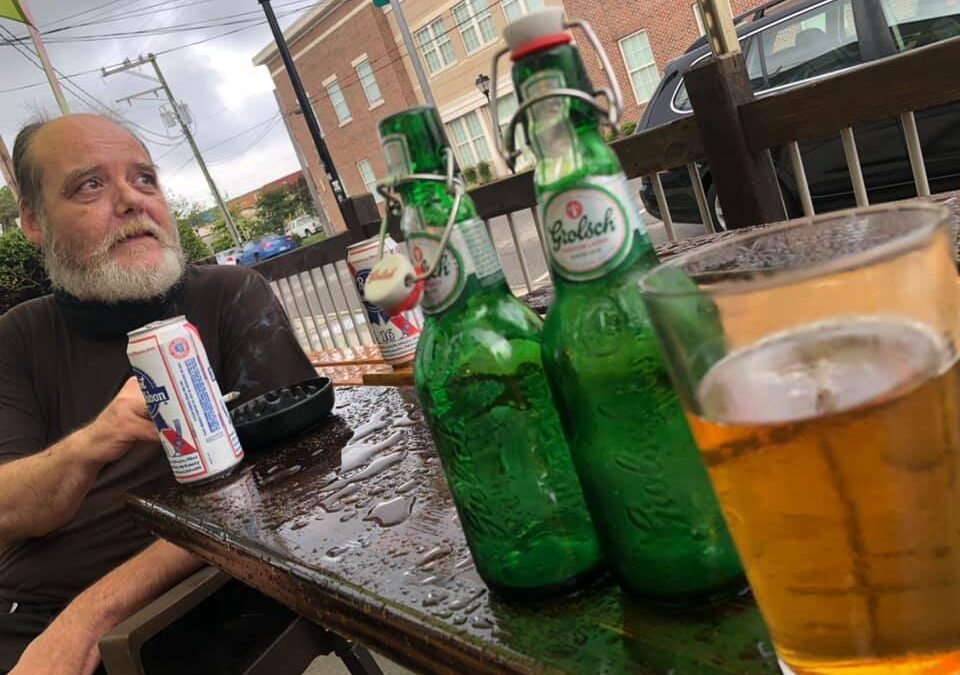 Ten years ago, I wrote an essay in this space called “The Soul of the Pub”—my reflections on the appeal of pubs in general, and The Taphouse in Ghent, in particular.

I thought about that essay frequently while the Taphouse—like so many other businesses—remained closed these last few months. Thankfully, it has reopened, albeit for modified business while the pandemic continues to rage.

Its importance to me—and to many others in our community—was underscored last month when friends gathered there in memory of a regular who had recently died. (The spacious patio made it easy enough to maintain social distance.)

The occasion reinforced my reasons for using the word “pub” rather than “bar” whenever I talk about The Taphouse. It seems to me that there’s an important difference between the two. I have nothing against a good bar. I’ve certainly spent countless hours in them over the last few decades. When I think of a bar, though, I think of a place that caters to a certain demographic. There are old-man bars, college bars, yuppie bars and dive bars, among others.

A true pub, on the other hand, caters to people from all walks of life and has a neighborhood feel to it. This has certainly been true of The Taphouse, which I started frequenting in 2007. As a newcomer, I was struck, in particular, by the wide age range of the patrons. The clientele included everyone from college students and young families with their children to elderly couples. I was impressed as well by the fact that it seemed to draw people from all walks of life: white-collar business folks, bohemian artists, tradesmen, chefs, military officers, small-business owners and many others. For a long time this was true even on band nights, due to the eclectic mix of genres and the quality of the musicians. Indeed, some of the most memorable shows I’ve ever seen anywhere have been at the Taphouse, including Lake Street Dive, before they hit the big time, and a band from Raleigh called The Proclivities.

I won’t belabor the bar-pub distinction, though. The important point is that, to my mind, The Taphouse offers an environment unlike any other place in town.

The gathering for our departed friend, Bubba, was a case in point. Many people in attendance were folks I’d never met before. The core group, however, consisted of guys who’d played rugby together when they were young and who’d continued to congregate for beers and conversation every Monday afternoon at the same corner table. For a long time they remained my casual acquaintances. I was in the habit of going there myself each Monday to work on my columns. They were always friendly, however, and eventually I joined their table.

Occasionally, the subject of politics came up and it quickly became clear that several of them were quite conservative. But our conversations never became bitter. The mutual sense of camaraderie carried far more weight than our differences of opinion—a refreshing development, indeed, in these highly polarized times. Mostly, we talked about other things: places we’d traveled, specific beers we favored, my sometimes comic tales of dating again after 20 years of marriage, and, of course, their enduring passion for rugby. Although they had a rich history together that I did not share, they took me in like a brother, and that felt like a blessing to me.

NOW, AS I WRITE THIS, I am mourning the loss of another member of The Taphouse family—a young man named John DeSocio, who was part of a different group of regulars. John was a Navy veteran who’d become manager of the Waterside marina, and I enjoyed hearing stories about experiences that were very different from my own. And yet we shared much in common. He was one of the most intellectually curious people I’ve ever known and a serious student of history. One day when I was sorting through my book collection, I came across a duplicate copy of George Washington’s letters and speeches. It was a fine edition, in pristine shape, and I wanted to give it to someone who’d appreciate it. John was the first person who came to mind, and he did not disappoint. For some weeks afterward, whenever I’d run into him at the pub, we talked about Washington’s insights into the challenges facing the republic—and I’ll be forever thankful for those conversations in particular. I’m sure I’ll think of him, in fact, whenever I pick up my own copy of that edition.

I’ll think of him too, of course, whenever I walk into The Taphouse—for he embodied the spirit of the place every bit as much as my rugby-playing friends do, with his warmth of personality, cherubic smile, quick wit and love of life.

It’s comforting to know that I can continue to go to the pub at all. A few years back, it was on the verge of closing. At the last minute, the bar manager, Parker Harrington, and his fiancé Adelaide Rooney, stepped up to the plate and bought it. Almost immediately, they made much-needed repairs, most notably renovating restrooms that had become intolerable for some patrons.

When the pandemic hit and they were forced to close for a while, it was the place I missed the most. I quickly transitioned to online teaching, and that wasn’t so bad, but I had no interest in attending virtual happy hours that some of my friends seemed to embrace.

Turns out that Parker and Adelaide made the most of their hiatus. When it reopened, regulars were pleased to see new high-polish wooden patio tables in place of the old concrete tables that were chipped and cracked. There are new windows as well, a waiting area outside the restrooms, and partial patio covering that not only provides shade but adds a nice aesthetic touch.

They don’t plan to stop there. Their hope is, when time and money allows, to extend the outdoor dining-and-drinking area to the front of the property on 21st Street.

The only thing that disappointed me, before the pandemic, was when they got rid of the pool tables in the back room. Weekly pool games with a few close friends had been every bit as important to me as my Monday night gatherings with “the rugby guys,” my barstool conversations with John and many other folks, and the great live-music experiences. They had their reasons for doing so, however, and I gradually came to accept that unless I win the lottery and become a partner I don’t really have a say in the matter. The good news is that they recently told me of hopes to reopen the back room, which is currently used for storage, and create a casual dining and lounge area with a foosball table.

They fervently hope that live music will return as well, at some point. In addition to being passionate music fans themselves, they recognize the power of music to bring people together—and that, in the end, is what the Taphouse is all about: community building.

Timetables on all of this are unclear, given the uncertainties with which we’ve been living for most of 2020. But that’s ok. My pub has reopened—and even as I mourn the loss of two members of the family, I’m profoundly grateful that those of us who remain have a place to comfort one another and celebrate life.