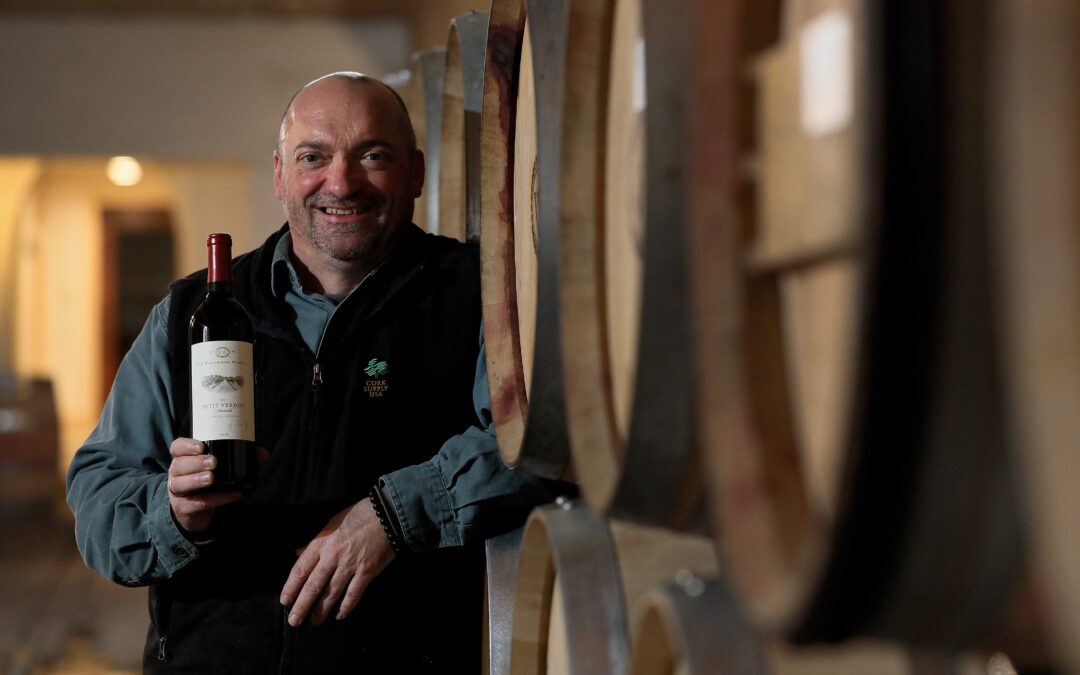 In spite of the COVID-19 pandemic, 2020 is turning out to be a vintage year for the Williamsburg Winery.

In January the winery won 11 medals at the San Francisco Chronicle Wine Competition, including gold for its 2017 Petit Verdot Reserve and 2017 Barrel Aged Virginia Claret.

In the spring, the winery planted more than eight acres of new vineyards. The expansion adds four acres of Tannat grapes and three acres of Petit Verdot grapes as well as experimental plantings of two new varietals, Muscat Blanc and Muscat Ottonell.

Matthew Meyer, the winery’s vice president and winemaker, said these milestones are indicative of a positive trend since he moved from California to Virginia in 2002.

“I think the wines have vastly improved over the years,” he said. “Without sounding boastful, I think we’ve just raised the quality level. And that’s the main goal: just to always keep getting better and better and trying new things. Hopefully over the past 18 years, the wines have just improved dramatically.”

Meyer is quick to shine the spotlight on his viticulture team. “They deserve much more accolades and credit than what they get,” he said. “And that’s not just here; I think that’s all over the world. Without the vineyard workers in this world, we wouldn’t have wine.”

He’s excited about the new plantings—especially the Muscats. “We’ve been using Muscat Ottonell because that does well in Virginia,” he said, “but Muscat Blanc is really nice—it’s very aromatic … so I wanted to try it down here. Just because it doesn’t work up around Charlottesville doesn’t mean that it can’t work here.”

Patrick Duffeler, the winery’s founder and chairman, is in his 80s, but he recalls every detail of its history with absolute clarity: Property purchased in 1983. Winery founded in 1984. First planting in 1985. First crush in 1987. First wine on Feb. 8, 1988. First award—“Best In Show” at the Norfolk Yacht and Country Club—a few weeks later.

(Actually, when Duffeler recounts the winery’s history, he goes all the way back to 1619, when the House of Burgesses mandated that every settler should have his own vineyard. “I guess I’m one of the few that has applied the 1619 rule,” he joked.)

While the winery enjoyed early success and was ahead of the Virginia wine “boom,” Duffeler said hiring Meyer was the beginning of a “giant second chapter.”

“Mr. [Robert] Parker, the pope of the wide world, listed us as an excellent producer,” Duffeler said. “We are listed in Hugh Johnson’s ‘World Atlas of Wine.’ Steven Spurrier of Decanter Magazine in London said we make some of the best wines in the world. We’ve got a few Americans who also said the same thing.”

He added: “Matthew is very pleased about the fact that he won an award at a tasting in California, which had been organized by a whole bunch of winemakers. He won the award of the best Cabernet Franc in the world.”

Duffeler, a cosmopolitan marketing executive who experienced the thrill of winning a Formula One championship in the 1970s, loves the daily challenges of owning a vineyard.

Meyer expresses a similar sentiment. “We sell a lot of different styles,” he said. “It’s nice when we can make a number of different people happy. We have a style for everybody.”

The Williamsburg Winery is located at 5800 Wessex Hundred in Williamsburg. The winery also operates a wine bar at the Le Promenade shopping center in Virginia Beach. For more information, visit williamsburgwinery.com.