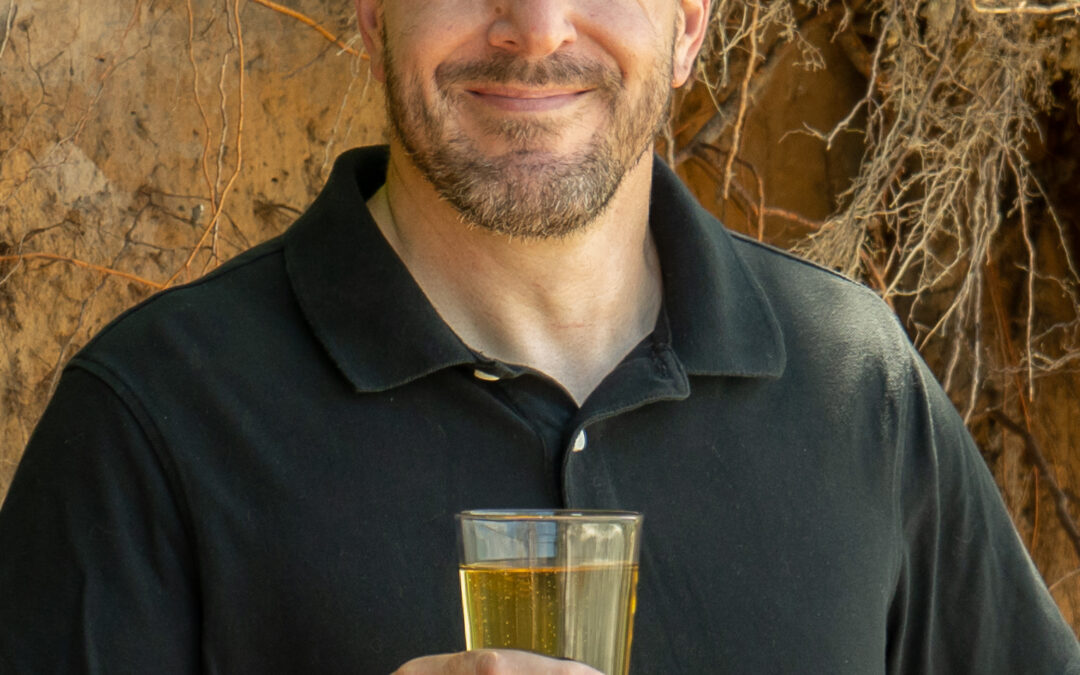 By late August, Sly Clyde Ciderworks will introduce Edan Valkner as its new cider-maker, tasked with producing the award-winning Hampton cidery’s delicious core brands like Inkjet and Submersive as well as an ever-expanding supply of seasonal and limited release varieties such as Sandbar (raspberry and lemon infused), Okeanos (flavored with pineapple and hibiscus) and Lime of the Ancient Mariner.

Edan Valkner was born in Michigan and maintains his accent. After the attacks on America on 9/11, he joined the US Marine Corps at age 22. He was stationed for five years in Virginia Beach at Fort Story.

In his spare time, Valkner dabbled in home-brewing (2013) and later became lead brewer at Staunton, Virginia’s Shenandoah Valley Brewing Company. He participated as an assistant brewer at Seven Arrows Brewing Company before relocating to Tennessee where he brewed for Blackhorse Pub and Brewing.

After serving as an active duty Marine, Edan moved back to Michigan with his wife and began brewing cider at Virtue Cider (2018).

With some family members and friends in Virginia, the Valkners were looking for an opportunity to move back to the East Coast. As fate would have it, Sly Clyde Ciderworks was hiring and owners Tim and Doug Smith found the person they were hoping for in Edan Valkner.

To learn more about Edan’s career in beverage production we chatted by phone. Following is an excerpt from that call.

VEER: Most commercial brewers began as home-brewers. You follow in that tradition.  What sparked your initial interest in brewing beer at home?

EDAN VALKNER:  From the time I was a young man, home-brewing was something I had an interest in. Because of being in the Marine Corps and moving around, I didn’t really have the time to sit down and practice.

When I moved to Staunton after coming off active orders I met Mike Chapple who now owns Shenandoah Valley Brewing Company. I got to talking to him and he got me started with my first kit, and after my first night of brewing I was hooked. I brewed an absolutely insane amount of beer in a very short time.

VEER: Did you have a specific style of beer you enjoyed producing most as a home-brewer?

EDAN: I don’t prefer to brew one style over another. I just focus on brewing a good balanced beer and something I think I’m going to enjoy and that others around me are going to enjoy.

VEER: What was your experience brewing for a brewpub like when you worked at Blackhorse Pub and Brewing?

EDAN: It was actually a really good experience where everything was placed in a really limited space. It helped me to learn more flexibility in how we operated. The skills I learned with Aaron Allen over at Seven Arrows really set me up for success out there. I went from being just one of the cellarmen to one of their brewers in a matter of six weeks.

VEER: You made an interesting transition from brewing beer to becoming a cider-maker. What was that transition like for you?

EDAN: The actual transition wasn’t too hard, but there were tendencies from brewing beer that were more stringent than what we do in cider making. It was a bit of a shell shock when I initially started trying to relax some of those practices that weren’t quite as necessary. There was an adjustment period.

VEER: What do you like most about Sly Clyde’s approach to cider and will this challenge and enhance your cider-making skills? What is your philosophy as a cider maker?

EDAN: I like the whole Coastal Virginia vibe that they have.

Unfortunately, I haven’t had much of the product that Sly Clyde produces being outside of their distribution zone.

I’m more of a traditional cider maker. So focusing on some of the more Heritage ciders, though we do Modern ciders up here (at Virtue).

It’s going to be learning about what Sly Clyde’s flavor profile looks like and what the market looks like in the area. Once I get a good feel for that and figure out how I can stretch that and push people out of their comfort zone a little bit and get them to try something a little more interesting, then we’ll see what kind of fun we can have with it.

VEER: What is your start date at Sly Clyde Ciderworks?

EDAN: You’ll see me down there on August 19.