A Soldier’s Play in the Open Air 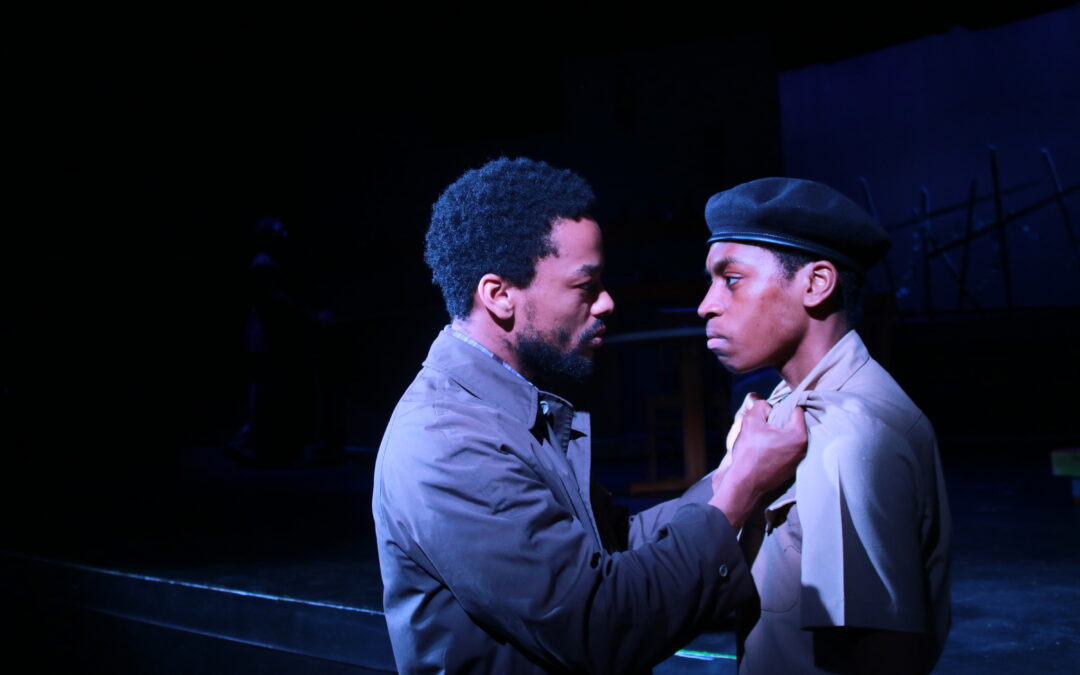 Since being officially declared a pandemic by the World Health Organization back in March, COVID-19 has dramatically disrupted our society’s social norms—temporarily ending our unrestricted enjoyment of concerts and theme parks, indoor fine dining, hanging out at the mall, attending church services and schools, and all the other named and unnamed ways that we as world citizens have historically congregated. The coronavirus has also shut down live theatre, due to safety restrictions which have limited large indoor gatherings.

Following the domestic impact of the highly contagious virus, many regional theatre companies and arts organizations have presented their works for the stage via online platforms, with some success. And here in Hampton Roads, presenting some works in the safer environment of outdoors, appears to be gaining traction as we head into what is normally a robust fall arts season. One of the first tests of that approach will come next month, as the NSU Theatre Company and Virginia Arts Festival team up to present the Pulitzer Prize-winning drama, A Soldier’s Play, outdoors within VAF’s downtown Norfolk courtyard.

It’s true, of course, that theatre has long been presented outdoors, and the continued popularity of Shakespeare in the Park programming, for example, has maintained that tradition. This production of A Soldier’s Play though, was initially scheduled to be presented inside of NSU’s impressive on campus theater, but the coronavirus has postponed such indoor productions.

“We are planning a 100% contact-free theatre experience outdoors,” says Anthony Stockard, NSU Theatre Company’s producing Artistic Director. “And we’re very excited about it. This will be our first outdoor production since I’ve been here actually.” Stockard is directing the acclaimed play, which we discuss in detail by phone, during the cast’s first week of rehearsals at the historic Attucks Theatre.

The safety of patrons, the cast and creative team, has been of foremost concern to Stockard. “We are presenting A Soldier’s Play under the guidelines of phase two, not phase three,” explains Stockard. “We wanted to make sure that we were super safe, and had a bit of a buffer there, in case it got rolled back to phase two.”  And that possibility is a real concern as Virginia’s coronavirus cases have begun spiking again. The director says that masks will be required to enjoy the outdoor production, and that there will also be temperature checks at entry points. “We want everybody to feel safe and enjoy themselves.”

The journey to presenting A Soldier’s Play has been full of unexpected obstacles to say the least. “We had literally just closed The Amen Corner… we presented it for the Norfolk Theatre Festival. This was the second year,” recalls Stockard. “The very next week, during spring break, was when the university shut down due to the pandemic.” This led to both cancellations and postponements of upcoming productions for the company, including A Soldier’s Play.

The production is being co-produced with the Virginia Arts Festival, and their relationship with the NSU Theatre Company demonstrates how the award-winning producing organization for Norfolk State University theatrical productions, continues to grow in respect and influence. The company’s recent collaborations with the Virginia Stage Company have been both critical and commercial successes. “We thought it would be a nice co-production with the arts festival,” says Stockard. “Everybody knows the movie, A Soldier’s Story, and it’s Hampton Roads… It’s also the 75th anniversary of the end of World War II.”

A Soldier’s Play premiered Off-Broadway to much acclaim in November of 1981, starring the now legendary Adolph Caesar as Sergeant Waters, and a young Denzel Washington as Private Peterson, amongst others. Written by African-American playwright Charles Fuller, the play went on to win the Pulitzer Prize for Drama. Fuller later adapted it for the big screen in 1984’s  A Soldier’s Story, a critical hit that scored three Academy Award nominations, including one for Best Picture.

Shortly after Stockard secured the rights to the show, it was announced that a production of A Soldier’s Play would finally make its way to Broadway. Featuring a cast including Blair Underwood and David Alan Grier, the play opened on Broadway back in January. The drama is a murder mystery set in 1944 on an army base in Louisiana. This is during the time when the American military was still racially segregated, and this story centers around the murder of an African-American army sergeant, Vernon Waters. His murderer is initially unknown, and the case is investigated by Captain Richard Davenport, who is black…which is a rarity for someone of his rank. The play beautifully illustrates how racism, both internalized and external, impacts the lives and careers of this company of black soldiers.

This Virginia production is an all-male cast of twelve, and features an intermission. Stockard is excited about the set that is being adapted now for an outdoor stage, and about really nailing the needed authenticity of their World War II military uniforms. Stockard’s father served in World War II.

“It’s a point of pride for me to be presenting it, for that reason, but as well Hampton Roads is such a military friendly region…that this as an offering for them to celebrate is also very cool,” he says. This work is also premiering during a time when our country is yet again grappling with the lingering issue of racism. I ask the director if he believes that this work speaks to any aspect of that.

“I think it’s a good moment to remember, when leaving the experience of the story, that we have, in all aspects of life, come a mighty long ways as a people, and there is room to grow…”