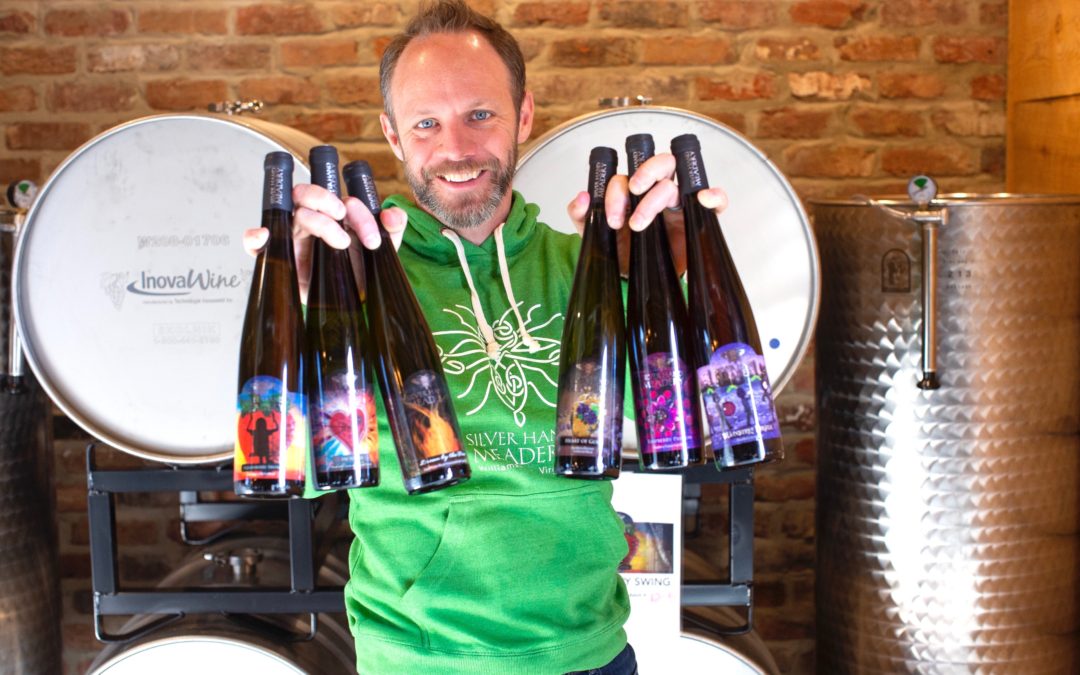 When you think of mead, what picture do you see in your mind’s eye? Some Thor-ish fellow downing a skull-chalice of mead after an epic battle? Beowulf, wolfing down mead at Scandinavian happy hour? Vikings, “norse-ing” a glass after some serious sacking? Or, perhaps you are wondering “What the heck is mead?”

The original alcoholic beverage, mead is “honey wine” with honey as the fermentable sugar instead of grapes. This ancient elixir has been enjoyed since our earliest ancestors discovered that stored honey diluted by rainwater developed mystical properties that enhanced one’s state of bliss. Today we know that was the work of wild yeast, impregnating the honey-water mixture and fermenting into alcohol. Speaking of impregnation, did you know the term “honeymoon” is said to have originated in medieval times when a supply of mead was believed to promote fertility for the newly nuptialed?

Today mead is having a resurgence, and for many, it is love at first sip. You may find that, like ancient Norse gods and medieval lovers, you too develop a need for mead!

Silver Hand Meadery in Williamsburg is where you want to “bee” to experience a variety of varietal meads, as well as the wide range of honeys that impart flavor and character. Williamsburg is abuzz with enthusiasm for Silver Hand’s meads. So were the judges at the Mazer Cup International Mead Competition, where Strawberry Fair medaled in 2015 and  Avostar rye whisky barrel-aged mead medaled in 2019. Silver Hand is a repeat winner at the Virginia Governor’s Cup wine competition, and this year won six medals for six entries.

Glenn and Sherri Lavender opened Silver Hand November 2015. Glenn was inspired by characters in Stephen Lawhead’s historical fiction novel “The Silver Hand,” where kings and warriors in an ancient Celtic otherworld lustily drank mead in their quest for power. Glenn studied mead-making at UC Davis’ renowned brewing school, and decided to create a civilized meadery where we can taste this storied beverage and learn about the honeys that give mead its character.

You’re familiar with oenophiles using the term terroir to describe the impact of soil and micro-climate on the flavor of grapes? Well mead also has its version of terroir, brought about by where the bees have buzzed. Silver Hand’s meads are varietals, meaning bees have sourced nectar from a single type of flower, rather than having various honey sources mixed together. If the bees have collected nectar in a field of clover, the resulting honey will taste different than that from field of avocado blossoms or star thistle. At Silver Hand you can not only taste the meads, but you can do a honey tasting to learn about the types of honeys you enjoy most. Recommended for ages 8 and up. This is a fun experience for a family or small group. The honey tasting is $7 per person, and you will be presented with several different honeys to taste and information about each honey’s characteristic aromas and flavors. If you have a bit more time you can book a reserve tasting for $11, which is a “40-minute sensory experience” of honey varietals and flavor education.

After your honey tasting, of course you will want to try the meads! The mead tasting is complimentary and you will be able to experience how the various honeys your just tried impact the mead. “Traditional” meads are made with honey, water, and yeast, however you’ll also be able to try meads made with fruit like raspberries, grapes, and blueberries, or spices added. Most meads at Silver Hand are between 11 and 13% alcohol by volume, about the same as wine. Due to their license as a “commercial winery” (as opposed to “farm winery”) they can’t sell you a glass of mead to drink on premises. To be a farm winery they would need to source a larger percentage of ingredients from Virginia, and it would be difficult to source many of the varietal honeys in sufficient quantity. So, the upside is you can sample the mead without charge.

With a nod to Glenn’s tenure as bass player for the Juno-award-winning Canadian rock band “Downhere,” and musical director at Williamsburg Community Chapel, the meads have a tuneful nomenclature. Silver Hand’s biggest selling mead, “Strawberry Swing”, is named for a Coldplay song, and made with alfalfa honey and local strawberries. “All Blues”, a reference to Miles Davis, features blueberry blossom honey, blueberries, and is aged in French oak. Stevie Wonder’s “Signed Sealed Delivered (I’m Your’s)” is the musical inspiration for a mead made with raspberry blossom honey and cocoa.  Fancy something unique? How about Cinnamon Tree, named for an Esperanza Spalding song and made with alfalfa honey, cinnamon, and chili peppers. There are also meads with apple pie spices, pumpkin, raspberries, grapes, and apple cider. So many choices! Hence the joy of tasting and trying several. 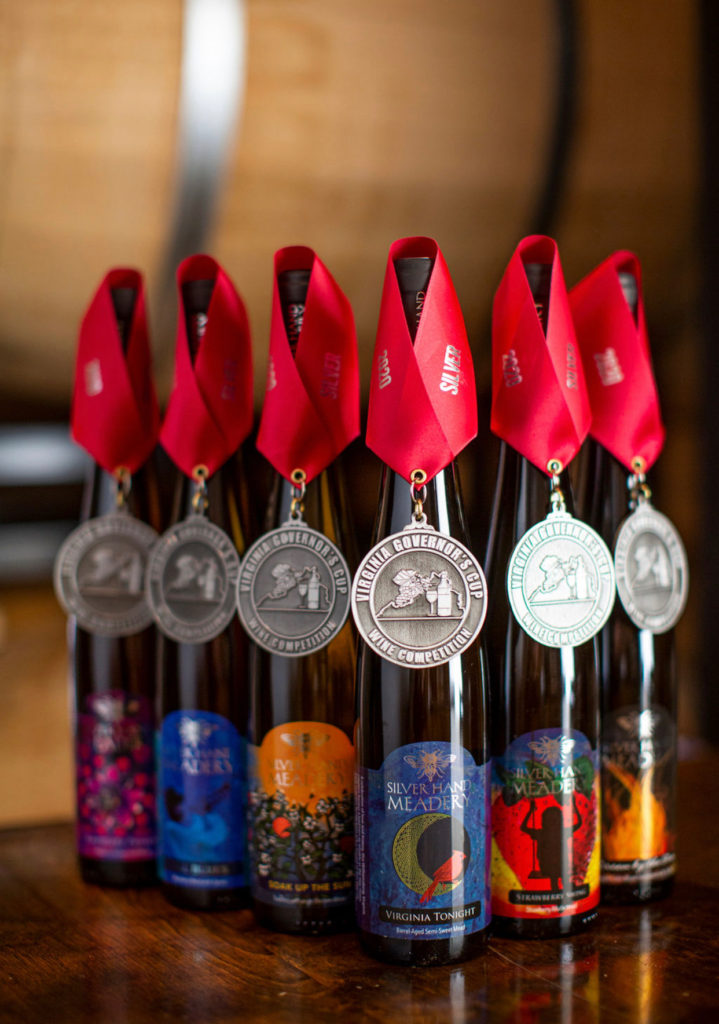 Then, take some mead home with you! Most range between $20 and $23 for a 500 ml bottle. The artwork on the labels is gorgeous, and when buying some mead for yourself get a couple of extra bottles to give as gifts. A bottle or two of mead with a jar of varietal honey from the shop would be a fantastic gift for some lucky person or couple. A friend in mead is a friend, indeed! Buy ½ case and get 10% discount. Wait, you live too far from Williamsburg to get here in person? They ship! There is also an Insider Club where you get discounts and priority access to new releases.

The biggest surprise has been how many people come here to buy honey! Meadowfoam honey, mesquite honey, Appalachian wildflower honey, buckwheat honey, avocado blossom honey, and many more. The unique cinnamon whipped honey and cocoa whipped honey are fantastic and make great gifts…get one for yourself and extras to gift the lucky persons in your life. We could drone on and on but ‘nuff said. Get thee to a meadery!