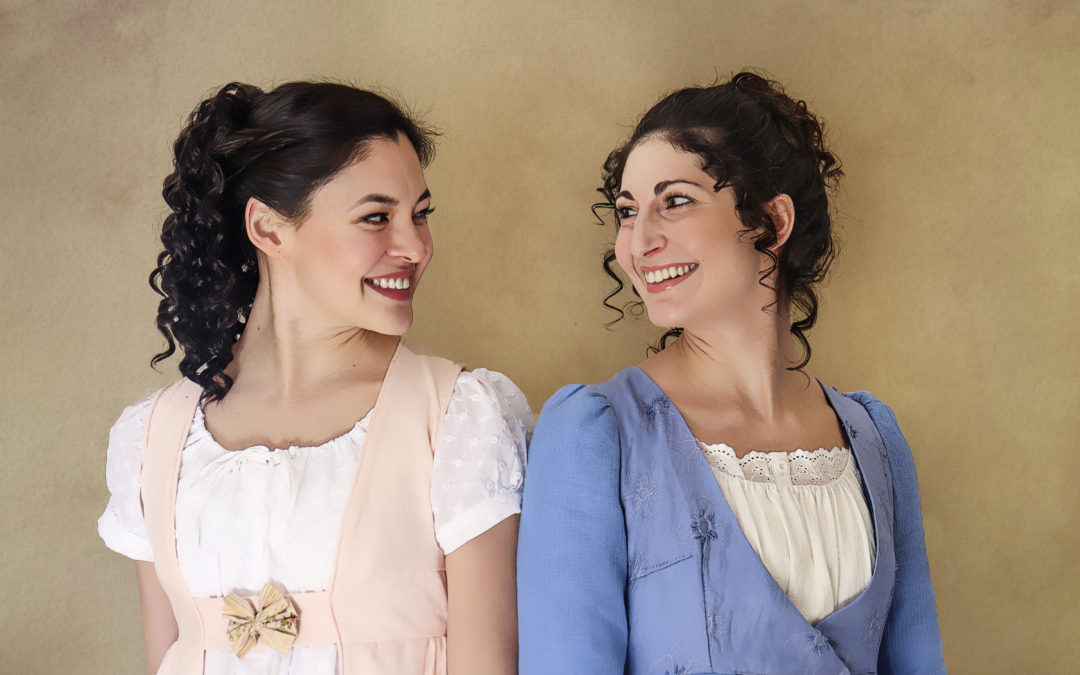 Getting to interview director Jessica Holt about the latest big show that she’s directing at the Wells Theatre, for the Virginia Stage Company, is becoming quite the annual tradition. The Yale School of Drama graduate, whose lengthy career as a play director and artistic producer has been highly lauded, was last here for Fun Home, the Tony Award-winning musical that she directed for the company’s 40th season last January. I first interviewed Jessica for her directorial work on Venus in Fur during season 38.

So when we greet each other in the lobby of the Wells earlier this week, it is with a relaxed familiarity that is quite genuine and rare. We are joined by Manna Nichols and Ally Farzetta, Jessica’s two lead actresses in Sense & Sensibility, Jane Austen’s literary classic that has received a highly buzzed about adaptation from Kate Hamill, and serves as VSC’s current production of its 41st season. The production, with its majority female cast of 7 women and 4 men, opens in just two weeks.

Jessica’s journey to helming VSC’s production of Sense & Sensibility has been quite inspired. The San Francisco native has long been a fan of Jane Austen novels. “I was definitely that adolescent girl that was reading all of her books repeatedly,” she happily admits. Austen’s novels were a source of bonding for Jessica and her mother, and provided a young Jessica with insight into relationships between sisters.

She saw the Bedlam production of the play a few years ago in New York City, and reached out to Kate Hamill’s agent, who fortuitously represents Jessica as well. “I was so taken with Kate’s spirit and the freshness of her adaptation, the kind of wild inventiveness of it,” Jessica says. She was eventually able to work on a then unpublished draft of Kate’s adaptation at a conservatory in New York City for a few weeks. She says that the conservatory experience, where she got to develop a studio project of Kate’s work with her 12 students, came at a pivotal time in her life.

“This play came into my life, working with those students… it brought such richness and joy. It honestly was a turning point for me. I’m so grateful that it came into my life at the moment that it did,” says the seasoned director. When Kate’s adaptation of the classic work started making the regional theatre rounds, Jessica reached out to VSC’s producing artistic director, Tom Quaintance, about directing the play here at the Wells. And though Tom actually had some interest in directing it himself, his current commitment directing Shakespeare’s Twelfth Night at the Guthrie Theater, opened the door for Jessica to achieve her dream of finally directing a full production of the play.

“It’s exciting to see some of those ideas that I started to hatch inside of the studio work with the students, now come to a fuller realization,” she says. Apparently one of those ideas is having some of the Gossips play sheep. Jessica states that the Gossips are always present—watching and judging—but not always negatively. It’s sometimes just with “great fun.”

“The invention of the Gossips is an extraordinary invention of hers,” says Jessica, referring to Kate Hamill’s adaptation. “They’re this wonderful theatrical embodiment of the ways that society was so elemental in shaping people’s destinies. It was very challenging for young women in particular to manifest their own destiny.”

Jane Austen’s novels, including 1811’s Sense and Sensibility, which was followed by the even more popular, Pride and Prejudice, in 1813, explores late 18th century social mores in English culture, especially as they pertain to women of a particularly high social class. The nature of marriage, social status, manners, and of course—romance, are examined throughout her work, which also includes the highly popular novels, Emma and Mansfield Park. Austen’s novels have sold many millions of copies worldwide, been translated into every language imaginable, and have led to many successful cinematic and theatrical adaptions. Austen died in 1817 at the age of 41, and therefore didn’t live to see the huge impact that her work would later make throughout the centuries.

Sense and Sensibility explores the lives of the three Dashwood sisters, who are forced to move from their elegant English estate, along with their mother, following the death of their father Henry. Elinor is the eldest, most sensible daughter, while her more spirited younger sister, Marianne, embodies the sensibility portion of the novel’s title. Their youngest sister, Margaret, is a minor character in the story. The two older sisters attract male suitors, including Edward Ferrars and Colonel Brandon, whom they are deeply impacted by. Eventually, they learn valuable lessons from each other.

Ally Farzetta portrays Elinor Dashwood in VSC’s production. She is a New York City based actress who is new to VSC, but has actually played the role of Elinor in a different adaptation of Sense & Sensibility. “Her nature is to play by the rules, and to keep her feelings inside…to not wear her emotions on her sleeve, to act appropriately,” she says, regarding her character. Growing up, the actress wasn’t into Jane Austen novels, as she was more into Disney fairytales and music. She became quite passionate about her work though, in recent times.

“My first real experience with Jane Austen was actually seeing Kate Hamill’s play in New York City at Bedlam, back in 2016,” says the actress. For Manna Nichols, who portrays the middle daughter Marianne, she was also not into Jane Austen’s literary world growing up.

“I definitely was a Disney kid too,” Manna says. As far as her character is concerned, she states that “you never know when she might go off, or when she might go out… but when she does explode, she kind of vibrates through every color in the spectrum.”

“Ultimately this story is about these two women that begin their journey out of balance, but through this process and experience, they find balance and learn from each other,” says Jessica, near the end of the interview. “Elinor now has more sensibility in herself, and Marianne now has more sense, in her sensibility.”

Based on the novel by Jane Austen