Queen of Bluegrass Headlines in Hampton 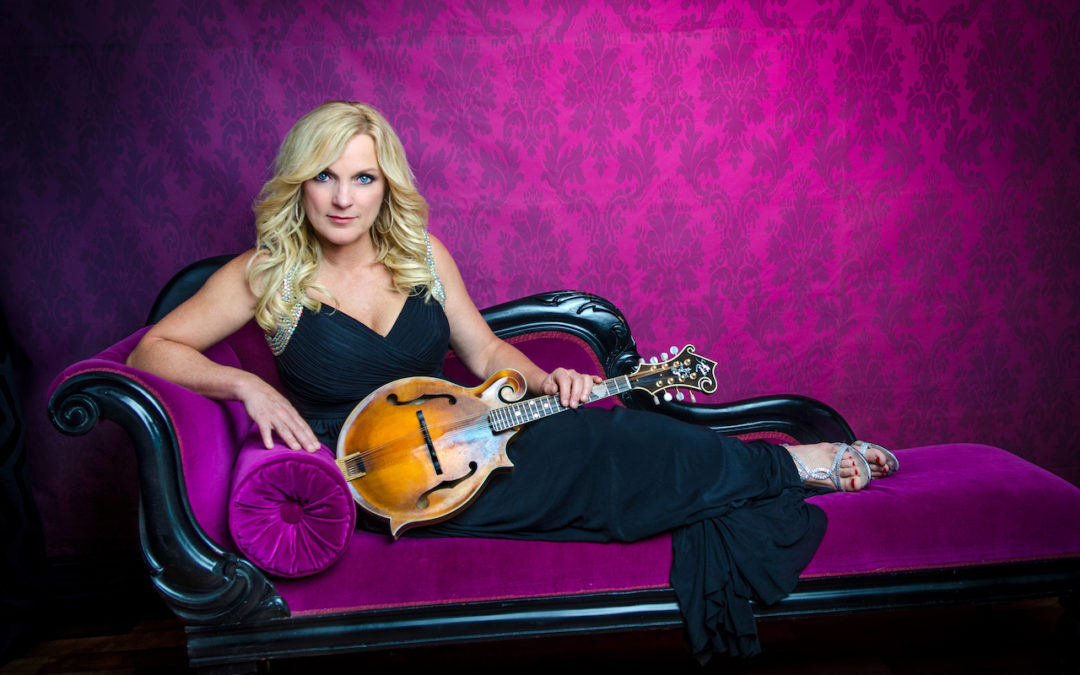 Rhonda Vincent tried to turn away from bluegrass and to the green fields of country, but the transformation didn’t hold. She’s blue through and through.

Over a three-decade career, Vincent has been dubbed “The Queen of Bluegrass” by the Wall Street Journal. She’s been nominated again and again for a Grammy Award, winning for Best Bluegrass Album in 2017. And she’s toured relentlessly, preaching the gospel of the high and lonesome sound.

She’s one of the headliners of the Coastal Virginia Bluegrass and Brew Festival at The American Theatre in Hampton from Jan. 24 through Jan. 26. Vincent headlines on Friday, Jan. 24. Summer Brooke and the Mountain Faith Band play on Jan. 25 and Ladies of the Crooked Road featuring The Loose Strings Band and Erynn Marshall and Carl Jones close out the festival on Jan. 26.

Vincent took time on a rare off-day to answer questions about her career.

Veer: I didn’t realize, but you were on one of the early television music competitions. What was that like for a young performer?

Rhonda Vincent: That was 1985. I grew up performing in a musical family in Greentop, Missouri, and the show “You Can Be a Star” was one of the first performances I made as a solo performer. That appearance was in front of the host Jim Ed Brown, and I went to work for Jim Ed two weeks later as one of the Gems. It was a great learning experience, being away from my family, and learning what it’s like to work with people who are not family.

Veer: You grew up in a musical family. Do you remember when you first knew music would be a career?

RV:  Amazingly it was only about ten years ago that I actually grasped the realization that music was truly my life’s chosen career. Performing comes so natural, it was hard to think that something I loved so much and came so easy to me, was what I should be doing. It is such a way of life.

Veer: What artists were your favorites growing up?

RV: My mandolin inspirations were Donna Stoneman and Buck White. Our greatest musical influence is the Osborne Brothers.  We tried to emulate everything they did from their harmony to their musical arrangements.

Veer: Was there one or two you who inspired you?

RV: Dolly Parton continues to inspire me, from her music and songwriting but also her business savvy.

Veer: You tour incessantly. Did you have some time off around the holiday? What do you do when you’re home?

RV: I usually have a month at home. 2019 was extra busy and I didn’t get to spend as much time at home. I love a chance to sleep in and not have a schedule. I cook and catch up on the mountains of paperwork I neglect the rest of the year.  It’s just nice getting to spend each day with my husband.

Veer: Do you write on the road, at home, or both?

RV: I write by inspiration, and wherever the mood strikes.  I remember driving to Nashville to record “Christmas Time” and I wrote “Milk & Cookies” as I was driving so you just never know.  It’s difficult for me to just sit down and say I’m going to write. I usually pick up a guitar and just start playing a melody.

Veer: Your most recent album was a live collaboration. How did you pick the songs and the collaborators?

RV: We were performing at the Ryman, and I had the idea to invite some of my hero’s and they were the remaining first generation of bluegrass legends. It was just meant to be a show, but then we realized how historical the evening would be so it was filmed and recorded.  This “Live at the Ryman” with bluegrass legends was just named as one of the top 10 projects ever recorded at the Ryman by Rolling Stone Magazine.

Veer: You contributed a song to an Elton John tribute with Dolly Parton. Tell me about that.

RV: That is one of the most amazing opportunities.  I’ve been friends with Bernie Taupin for many years now, and when this 50-year tribute came about, Bernie invited us to create a bluegrass version of “Please”. We were thrilled when Dolly made it a duet. I was so honored to meet Elton and share that the song has become a #1 bluegrass song.

Veer: You started as a bluegrass player then tried a turn at country before coming back. What did you learn from that experience?

RV: The five years in Country music was my musical college years.  I learned from the best of the best. I created two albums during that time, and I’m thrilled to take the knowledge I gained during that time and apply it to what we do now.

Veer: After all these years, what still draws you to bluegrass?

RV: I love the authenticity of bluegrass music. It’s so real and pure. We try to honor the tradition of the music along with giving it a fresh new approach.

Veer: So much has changed in bluegrass. It was mostly a boys club, but now there are female-only bluegrass groups. What’s your perspective on how the genre has evolved since 1990?

RV: I’ve watched the progression of the music.  I think hosting my own group, I didn’t encounter as much of the “boys club” mentality. I would like to see more musicians honor the tradition and play traditional bluegrass music.

Veer: If you could play only five songs, what would they be? Either by you or others?

RV: I never get tired of “Jolene.” Love “The Old Rugged Cross” and “Is the Grass Any Bluer.”  And I just can’t get enough of our new single written by Opry Star Jeannie Sealy, Erin Enderlin, and Bobby Tomberlin titled “Like I Could. “