MUSIC: Songs In The Attic 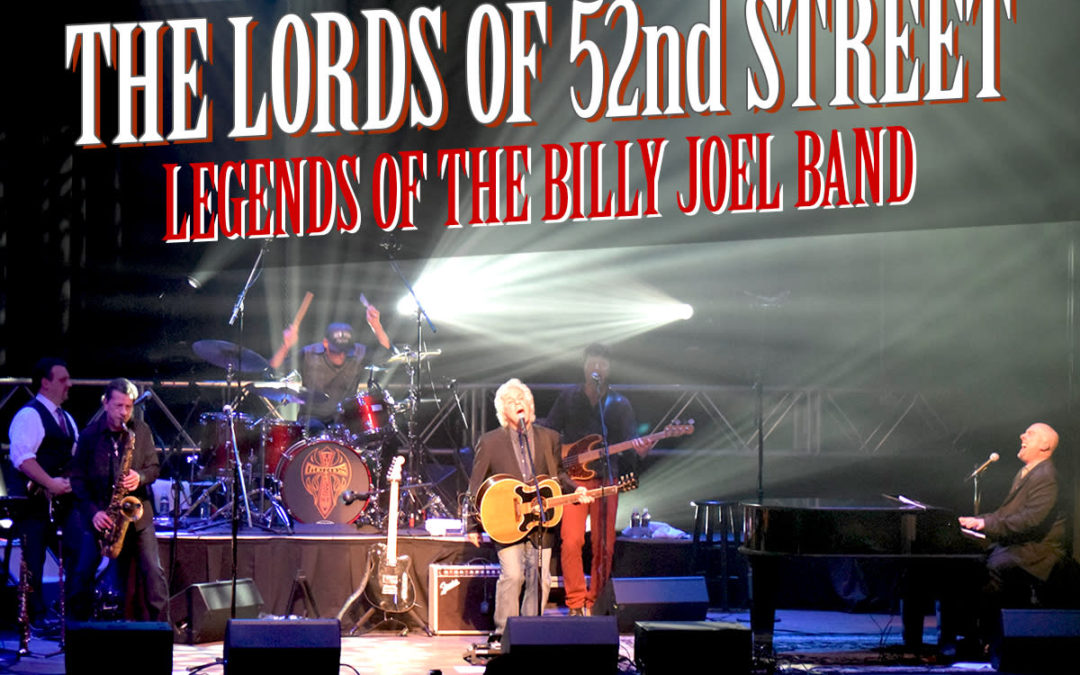 Liberty DeVitto played drums for Billy Joel for 30 years—a time span that included nine Platinum albums, three of which won Grammy Awards. In 2014, DeVitto and the other core members of Joel’s original band—Richie Cannata, Russell Javors and the late Doug Stegmeyer—were inducted into the Long Island Music Hall of Fame. They performed at the induction ceremony and decided to keep playing together as the Lords of 52nd Street, resurrecting a nickname bestowed upon them by the legendary record producer Phil Ramone. Despite their three decades together, DeVitto and Joel have been estranged for the last 14 years. He recently talked with Veer Magazine by phone.

VEER: The Lords of 52nd Street have been performing together for a couple years now, but it seems like you’re playing more and you’re playing in different places. Is it your design for it to get bigger?

Liberty DeVitto: Well, we started out just locally. The whole idea was started when we got inducted into the Long Island Music Hall of Fame. … We were supposed to play one song, but we ended up playing four or five, because the crowd went wild. So we thought, “Why don’t we put this together and start to play for people in different places?” The energy is like when we played in the ’70s and ’80s.

VEER: I’ve seen videos of David Clark performing, and it’s uncanny how much he sounds like Billy. What is it like for you to play with him?

LDV: It’s so bizarre sometimes when he walks out on the stage. He even looks like Billy! He’s got the bald head and the goatee, and he wobbles like Billy does. It’s just really bizarre to see.

VEER: Do you guys give him notes? Have you helped him with his performance?

LDV: The only thing I say is: He needs to keep to David Clark. He really doesn’t have to do everything that Billy does. We don’t want a Billy impersonator.

VEER: What songs get the biggest audience reaction?

LDV: Of course, the hits do. But when we do “Rosalinda’s Eyes,” that actually gets a better reaction now than it did when we played it with Billy.

VEER: Why do you think that is?

LDV: I think people have grown to love it more because it’s been such a long time since it came out. And it came out on an album with “My Life” on it and “Honesty,” so it kind of got lost. Now it’s more of a featured tune.

VEER: I think one of the great things about your show is that you do try to work in some of the deeper cuts. I wanted to ask you about a couple specifically. “I’ve Loved These Days”—tell me about that.

LDV: Yeah, that’s a really good one. A lot of the songs, I just go back mentally to when we recorded them and what life was like with the band back then. “I’ve Loved These Days” is one of those.

VEER: How about “Get It Right The First Time?”

VEER: Tell me about “Until The Night.”

LDV: “Until The Night” is great because Russell sang it with Billy. It still has the energy, and when Richie’s sax solo comes in, it sounds like the record, because it is the guys on the record. That gets a great reaction from the crowd.

VEER: The last deep cut is probably my favorite: “All For Leyna.” Tell me about that.

VEER: Do you guys tell stories through the show, or is it just straight music?

LDV: We tell some stories. I’ll go out front and talk in the mic after “Angry Young Man” … what life was like then and what it’s like now. We were young when we recorded those records. I like to say we recorded those albums in the ’60s and the ’70s, and now we are in our 60s and 70s.

VEER: Do you pay tribute to Doug during the show, or is the whole show is kind of a tribute to him?

LDV: Yeah. When Doug passed away, in his will he left me one of his best guitars … the one he used on “The Bridge” album. And now Malcolm Gold, who plays bass with us, he uses that bass. And Richie mentions that if it wasn’t for Doug, this would never have happened.

VEER: You’ve said that Billy is the father of the songs, and that would make you at least the uncle. Can you elaborate on that?

LDV: You know, everybody assumes when there’s a single artist like James Taylor or Paul McCartney or Elton John, that they do everything. Well, they don’t. Billy would come in with the song—with the chords and the lyrics—and then we would all arrange the songs. You never see on a Billy Joel album: “Songs arranged by.” It never says that because the band did it. Once Phil Ramone was asked at a lecture what made Billy the phenomenon that he became, and Phil told them: “He wrote great songs, and his band came up with great arrangements.” So we were that close to the songs that I think I’m an uncle, at least.

LDV: I think Billy got tired of exposing his life. He told me once—I said, “How do you write these songs?” And he said, “I either write about what my life is like or what I wish it was like.” So I guess he got tired of doing that.

VEER: Do you think the two of you will ever reconcile?

VEER: Last question, Liberty. You’ll be 70 in 2020. How do you stay so young, aside from playing the music?

LDV: I am married to a younger woman, and I have four daughters. Three of them are in their 30s, and one is 2 and a half.

VEER: I guess that would keep you young!

LDV: Yeah, that and the music. We become those kids again when we play those Billy songs. I was 24 when I started with Billy, and when we start playing, I’m 24 again.

The Lords of 52nd Street

Ferguson Center for the Arts