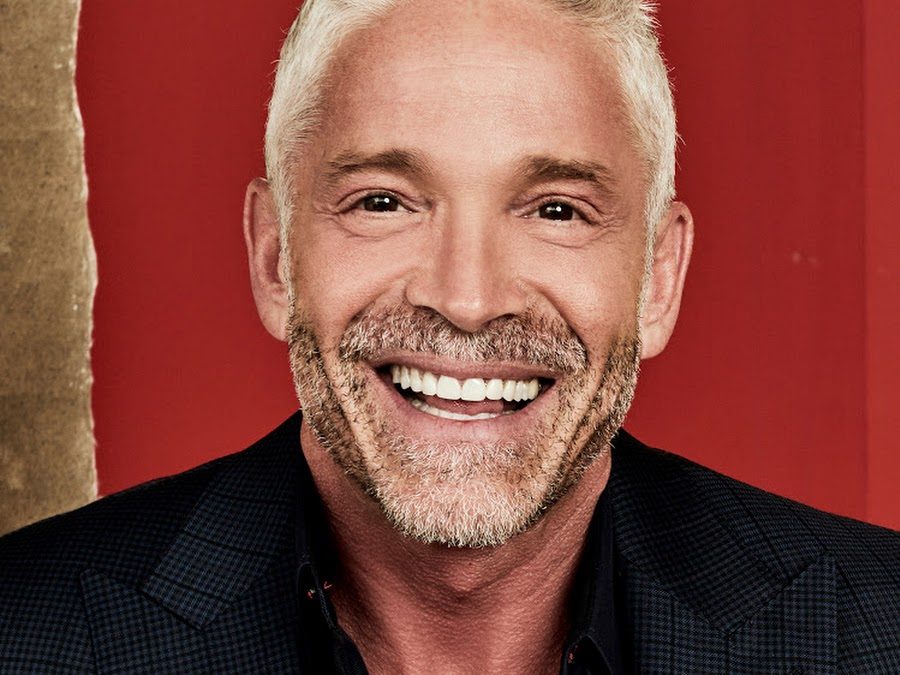 The holiday season is a time for traditions, and one jazz-fan favorite tradition is experiencing Grammy-nominated and platinum-selling saxophonist Dave Koz on his annual Christmas tour December 7 at the Ferguson Center in Newport News.

Koz will be touring in support of the newly released “Gifts of the Season,” his 7th holiday studio recording. The 11-song album includes jazz-meets-R&B arrangements of “It’s Beginning to Look A Lot Like Christmas,” “I’ll Be Home for Christmas,” Wham UK’s “Last Christmas,” and a seasonally appropriate original titled “Prayer for Peace.”

And speaking of “gifts,” this year Koz will provide state-of-the-art Virtual Reality headsets to 100 children’s hospitals along his Christmas tour route.

To learn more about Dave Koz’s new album and the whole Christmas tour approach, I called him on his cell phone. Here’s an excerpt from our conversation.

VEER: This is your 22nd annual Christmas tour, Dave. I’m wondering how you originally developed the idea for a holiday season tour.

KOZ: Well, it actually wasn’t even my idea. It was the idea of a gentleman named David Benoit, who is a wonderful pianist and a friend of mine.

I was interviewing him for a radio show that I host — this was in April of 1997. He had just lost his mom and I had lost my dad; both very suddenly.

We were commiserating on the line — it was a phone interview — and he said he wasn’t looking forward to the holidays; it was going to be a really tough one.

Then he just blurted it out.

“What are you doing? Do you want to go play some shows and maybe we can channel our collective energy into the music and hopefully people will enjoy it.”

We went out and had a very modest beginning with six or seven shows. They were not well attended, but it was a good show.

For obvious reasons it was very heartfelt, and also very fun.

They (the venues) kept inviting us back. It just grew, which is the most ironic thing because I was born and raised as a Jew celebrating Hanukkah. Somehow along the way became a Christmas person.

VEER: I have a lot of Jewish friends and I would say most participate in the American commercial aspects of Christmas. What it the same for you growing up or was it strictly the Hanukkah religious experience?

KOZ:  My family celebrated Hanukkah. But, not taking anything away from Hanukkah, I loved going to my friends’ houses and trimming the tree. Tat was my favorite exposure to all that great (Christmas) music. Nothing sort of set the tone for the holidays and that feeling of the holidays quite like the music.

I fell in love with the songs and I’m still in love with the songs. As many times as I’ve played them, you don’t have to be a musician…people want to hear the same music year after year. It’s like this musical comfort food or a sweater you know you should throw out that your grandmother gave you but you love it so much that you put it on every year during the holiday season, and it makes you feel good.

That’s what the music does to me and I know it does for a lot of people.

VEER: The music has been such a tradition in American pop culture since the 1940s. Do you recall any of the holiday programs that aired on television or the Christmas themed albums by popular recording artists. Even the Jackson 5 had a Christmas album.

Even though my parents obviously weren’t celebrating Christmas they still listened to their classic favorites, which were Johnny Mathias, Dean Martin, Frank Sinatra and Ella Fitzgerald. Those are my parents’ favorite artists and all of those people made indelible Christmas music, which I was exposed to at an early age.

A lot of the songs were in the golden era — the American songbook era — by some of the greatest composers of all time.

But then there was the other side — like the Motown side — it was awesome. Elvis had a Christmas album. It is indicative of the fact that these songs are so great you can push and pull them in all these different directions and they still hold up. The DNA of the song is so good you can do anything with them and the emotion will still be there no matter what style you do them in.

VEER:  And you certainly do that, Dave, on your new album, blending contemporary jazz with R&B, funk, pop and world music. Conceptually, how did you select the songs for “Gifts of the Season” and then jazz them up with the other rhythmic styles?

KOZ: First of all, this is my 7th holiday album — if you can believe that — so, honestly, Jeff, the biggest challenge was coming up with enough music that I’ve not yet recorded. Even though there are thousands of Christmas songs the songs that people want to hear…it’s a small number of songs when it comes right down to it.

Amazingly, through the help of the producer, named Darren Rahn, who is also a great saxophone player, we came with this. Half of the songs are songs I’ve never recorded. The other half are songs I have recorded in the past but with starkly different arrangements so that you can’t confuse the two.

I think that was really the key: hiring Darren to come up with the arrangements and conceptually get the idea of this album. We really wanted to make it a return to my roots of funky, up-tempo, instrumental, R&B flavored, pop instrumental music that got me started. It’s going to be 30 years next year since the first album came out.

I trust him so much that I could just show up and be the saxophone player. There’s a great freedom in just being a musician rather than carrying the weight of having to be the arranger, the producer, and all those things I’ve done in the past.

VEER: One of my favorite songs on the album is one that Wham did a few decades ago — “Last Christmas.” Can you share your thoughts on that tune?

KOZ: That’s one of the new ones I had never recorded. I’ve always loved that song too. I’m a huge George Michael fan.

The irony is there’s nothing Christmas about that song other than the word Christmas in the title. It’s a breakup song, you know. But I never thought it would be as fun of an instrumental to record. I remember going into the studio the day that we did that one and putting on the headphones and just being taken away.

I intuitively picked the tenor sax for that song, which is a little bit of a huskier, smokier sound to convey that melody.

Darren put together this really fun, funky track and we built the saxophones up in the chorus. It ended up being — probably — if I had to pick one song that was my favorite it was that song.

VEER: You did a great job with it, Dave. Also new on the album is an original, “Prayer for Peace,” which is sort of in the John Lennon mindset for the holidays with a focus on peace in what are politically very anxious times around the world.

KOZ: You’re on the money on that one.

Sometimes songs are already done and they just need to brought out. That song was knocking on the inside of my head. I sat down at the piano one day and there it was — in 10 minutes. I thought it sounded almost like a prayer.

I stay away from politics because there’s no winning in it, but you’d have to be living under a rock to not feel the tension that exists in our country and in the world in general. These are very trying times and the public discourse has gotten so nasty. This just seemed like a natural prayer for a little calm, a little peace, a little understanding and tolerance.

The holidays are something on the calendar that give us this opportunity every year to press the reset button and remind ourselves what’s important. We see that on our holiday tour. People show up as their best selves. It’s a nice way to enter the New Year.