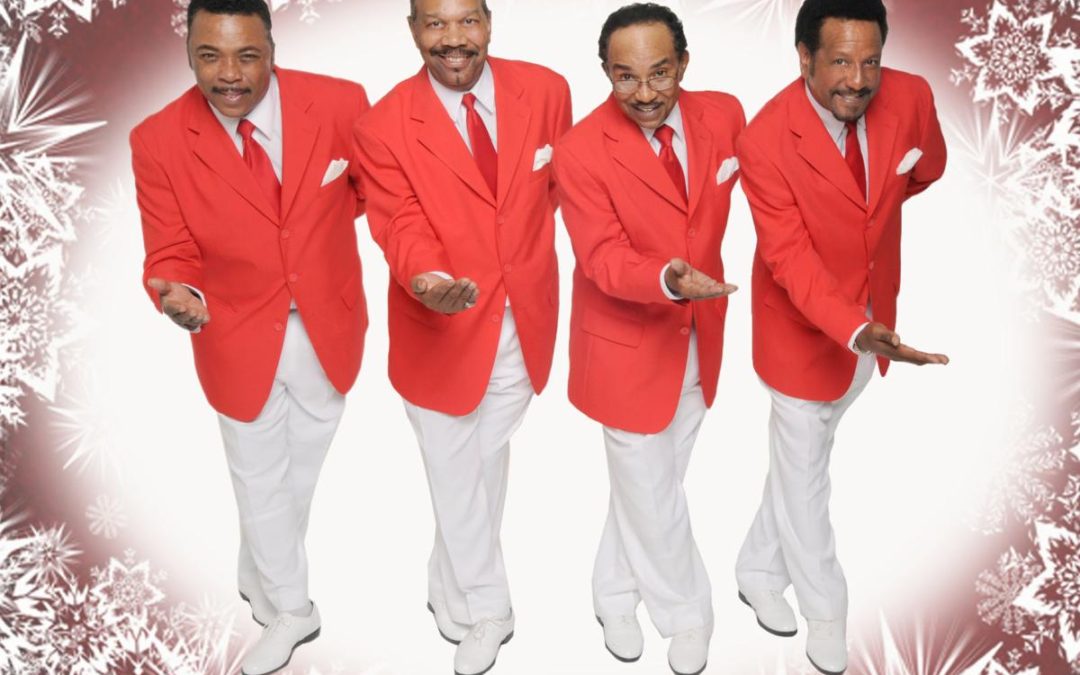 If Santa is coming to town in a Cadillac this year, or a Ford or a Buick for that matter, he will feel right at home. Hampton Roads is hosting four classic stylists of the iconic Motown Sound for a December potpourri of soul, rock and roll, funk, pop, and holiday sounds. Called The Motortown All-Stars, the foursome comprised of veterans of some of the most famous Motown groups has become renowned in their own right, headlining shows featuring many of the original bands, some of which they’ve been part of, like Martha and the Vandellas. Formed by a veteran producer of Motown bands including Martha and the Vandellas, The Temptations, and The Miracles, the band typically runs two tours during the year, one featuring classic Motown and the other a classic Christmas show with Motown at its core.

The show also features a mini orchestra of Motown players and the timeless choreography and beautiful flash suits bespeaking the genre. Players are veterans of the Motor City as well and will perform on guitar, bass, keyboards, and two horns The show will fill the stage of Sandler Center for the Performing Arts in Town Center Virginia Beach at 8 p.m., December 2.

The four vocalists range in ages from sixties to seventies and between them, they were original performers of a hit parade of famed chart toppers including “Tears of a Clown,”“Treat Her Like a Lady,”“What Your See is What You Get,” “Shop Around,” “You Really Got a Hold on Me,” “My Girl,” and “Do You Love Me?” Their creator, musical director, and manager Glen Raby describes the show as “a full-court press, up and down court,” and they add to this mix a range of holiday classics as well. These timeless gems include Nat King Cole’s “Christmas Song” (“Chestnuts roasting on an open fire”), “Please Come Home For Christmas,” best remembered as The Eagles re-make of the Charles Brown classic, and the Donny Hathaway R&B favorite “This Christmas.” In addition, these Motowners present a show-stopping sing-along segment with “Jingle Bells,” “Frosty The Snowman,” and other tunes we grew up and are still growing up with.

The Motown All-Stars include: George Wilson, a 20 plus-year veteran of groups including The Capitals (“Cool Jerk,” Zig Zaggin”); Dave Finley, member of The Miracles, (“Tears of a Clown,” “Tracks of My Tears”) and honored on The Hollywood Walk of Fame; Douglas Gaddy and Charles Franklin, members of Ali Woodson’s Temptations (“Treat Her Like a Lady,” “Ain’t Too Proud to Beg,” et al). They’ve performed with a Who’s Who of other greats from soul, R&B, and Rock as well as a series of gigs with Jim Belushi whom George Wilson recalled admiringly as “a really funny guy, a lot of fun.”

Boxer and automobile worker, Berry Gordy was starting to write songs when friend Smokey Robinson suggested he establish Motown Records in Detroit in early 1959. Over the next decade, Motown produced the huge roster of stars who produced what became part of what would come to be known as the Motown Sound over a period of some 30 years.

Wilson says the band is a work of love. “We all come from the Motor City, Detroit, and it’s a great group of guys. Some of the holiday tunes, we add a Motor City spin to, and others are such classics as they are, like Mathis’s “Christmas Song, that we perform them just as they are. Songs like that, you just can’t improve on it. We leave them just as they were originally performed.” “Yes,” he said, “we do go full-out. We roam the stage, switch mics, sit for some of the Christmas ballads.”

The Motown style has strong musical hooks we know in everything from movie sound tracks to commercials for the last 50 years. This is a remaining chance to see and hear some of the originals recreate the hits for you with a wreath of Christmas classics as Santa once again crosses the Chesapeake Bay.

The Motor-town All-Stars is indeed, as they’ve been described, “an all-star lineup of world class vocalists assembled from members of legendary Motown groups The Capitols, The Miracles and from former members of The Temptations. Every performance contains that unmistakable Motown stamp, including flashy suits, great singing and dancing, and a polished show that has set the bar for every vocal artist since the late 1950’s. The Orchestra is made up of seasoned performers who have been the musicians of choice for hundreds of Motown, Nostalgia, Classic Rock and Doo Wop shows around the country. They have both live performance and recording credits with a veritable who’s who of popular music artists from the 50’s through the 70’s.”

The guys recently headlined a show of Motown greats for Public Television executives, after which Raby remembers one of the PBS execs asking to buy one of the guys’ sparkling red-sequined suits. The band held on to them though and may be one of their costume changes during the two segments of the holiday show. Some members are Rock and Roll Hall of Fame inductees. Raby formed the band in 2013 realizing his idea to reach out to the very best of remaining Motown Stars to continue the traditions central to American musical experience. He’s been happy to have succeeded and has been with them for every performance since then. “So far, if they’ve played, I’ve been with them! I wanted an artists wish list, a dream team, and that’s what I got.”

Hop a sled or a Motor City vehicle to experience, while you still can, both Christmas as we have traditionally known it and the rare chance to relive the best of the best of one of our cherished musical traditions, the many shades and majesties of America’s timeless Motown musical standards.