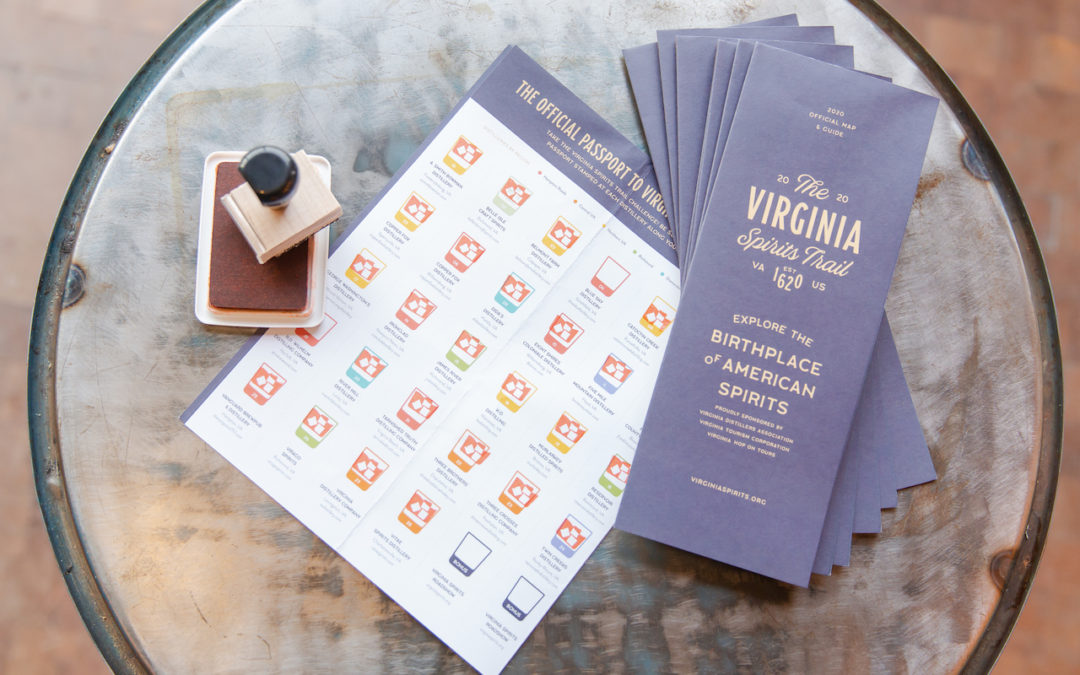 (In 2020, make it your New Year’s Resolution to tour Virginia’s distilleries. Photo by Revel Photo Co.)

The Virginia General Assembly passed a bill in March raising the commission for licensed distillery stores from 8% to 20%. The new law, which went into effect on July 1, helps Virginia’s distillers cover overhead expenses associated with retail sales. “Our partners at Virginia ABC understood the challenges that we face as spirited entrepreneurs, and through their support, legislation was passed that directly incentivizes growth,” said Gareth H. Moore, president of the Virginia Distillers Association. “Improving the economics for direct sales … is good policy for Virginia distilleries, Virginia ABC, Virginia taxpayers and, of course, consumers of Virginia spirits.”

Restaurateur Karl Dornemann divested his interest in four of Hampton Roads’ most successful eateries—Gosport Tavern, Public House, Still and Supper—to open R.D. Wilhelm Distillery in Norfolk’s Chelsea district. “My dream with this is to be able to do a lot of different labels, different finishes, different blends and just play with real limited bottlings of stuff,” Dornemann told Veer Magazine in August. “That’s the beauty of the small equipment and having a hybrid [still]. We’ll be able to tinker with different formulas and play around with stuff. For me, that’s what will be all the fun—how creative I can get with it.”

Blue Sky Distillery added a new spirit to its lineup in October: Painted Pig. “It is a 100 percent wheat whiskey … and is flavored with maple and bacon!” co-owner Kim Rangos said. “It is like breakfast in a bottle.” She said the colorful label pays tribute to Smithfield’s reputation as “Hamtown.” “On our pig,” she said, “you will see some local landmarks: Smithfield Station, Wharf Hill, Smithfield Inn, St. Luke’s, the Smithfield tower and the infamous ‘Virginia is for Lovers’ logo.” Painted Pig takes its place along Blue Sky’s other spirits: Dog Star Vodka, Blackbeard’s Point Silver Rum, Flying Dragon Spiced Rum and Triple Deuce Whiskey.

Copper Fox Distillery owner Rick Wasmund continued his renovation of the Quality Inn Lord Paget, a 60-year-old Colonial-style motel in Williamsburg, officially opening the main building on Oct. 31. Maggie Holden, Copper Fox’s tasting room and events manager, said the building is “the heart of our production operations in Williamsburg” and includes an expanded speakeasy-style tasting room and private event space. “The building has been transformed into a beautiful space where we can create—and our guests can enjoy—our unique whiskies and spirits,” Holden said. “Our entire staff has been part of the renovation project, and we look forward to showing off our new space.”

The Doctor Is In … Virginia Beach

Virginia ABC released data in November showing that Dr. Stoner’s Fresh Herb vodka and Dr. Stoner’s Smoky Herb whiskey were among the 10 top-selling Virginia products for fiscal year 2019. (The two spirits accounted for more than $700,000 in sales in Virginia, up 14% from 2018.) Although the Dr. Stoner’s brand originated in Winchester, its vodka, whiskey and Hierba Loca tequila are produced at Chesapeake Bay Distillery in Virginia Beach. “We’re very proud that we’re a Virginia-made product,” Craig Stoner, a retired dentist, told Inside Business in November. “A lot of people really get into that, and they like and appreciate it.”

Ironclad Distillery Co. added 1,500 square feet to its tasting room in downtown Newport News in October. The renovation included the addition of a covered outdoor patio with heaters for year-round enjoyment. “For design inspiration, I looked to the Warwick Hotel, which once stood across the street and hosted dignitaries from around the world who were visiting the shipyard,” co-owner Kara King said. “The result is a ‘rustic glam’ feeling of an old hotel lobby—the perfect setting to share a story and a bourbon with friends and family.” The new space features a local band playing in a freight elevator from 6 to 8 p.m. every Thursday.

Chesapeake Bay Distillery, in collaboration with Virginia Eats + Drinks, began producing Four Farthing Spiced Rum in August. “The tastes and traditions in each bottle harken back to the days when tall ships lined the Norfolk waterfront,” said Patrick Evans-Hylton, who curated the spirit. “Now called Town Point, it was then known as Four Farthing Point, and these vessels unloaded many products, including molasses and sugarcane, but also exotic spices from the Caribbean. It is these products that flavored America’s first drink—rum—and that flavor ours.” The rum is currently available at the distillery and, beginning in 2020, at select ABC stores.

The Virginia Distillers Association launched the Virginia Spirits Trail and a print version of a passport. (A digital version of the passport is coming in 2020.) The trail features 28 distilleries across the commonwealth, including six in Hampton Roads (Blue Sky, Copper Fox, 8 Shires, Ironclad, R.D. Wilhelm and Tarnished Truth). Passport holders who visit 10 or more of the member distilleries in one year will receive a free Virginia Spirits Trail T-shirt. Amy Ciarametaro, executive director of the VDA, said the effort was made possible by a $50,000 grant obtained from the Virginia Tourism Corporation.

Caiseal Beer & Spirits released its first aged products, Caiseal Single Malt Whiskey and Caiseal Bourbon Whiskey, in June and August, respectively. The single malt was aged for 14 months in Ironclad Distillery Co. bourbon barrels; the bourbon was aged for 13 months in charred American oak barrels. Todd Emr, Caiseal’s head brewer and distiller, told Veer Magazine that the bourbon has “more oomph” than the single malt. “The single malt’s more mellow with less of the wood character,” he said, adding: “I’m happy with it being the first bourbon, but I’m looking forward to just seeing how it evolves. It’s only going to get better.”

Dead Reckoning Distillery, which began producing rum in 2017 and had just opened a tasting room and store in 2018, closed in January. “Essentially it boiled down to work/life balance,” Derek Ungerecht said. “I have a full-time career, I’m an Army Reservist, and I wanted to operate a distillery part time. It’s just not feasible to be an owner/operator of a distillery part time. I’ve put it away for now and hope to get back in to it once I’ve retired from the Army and my children are older.”