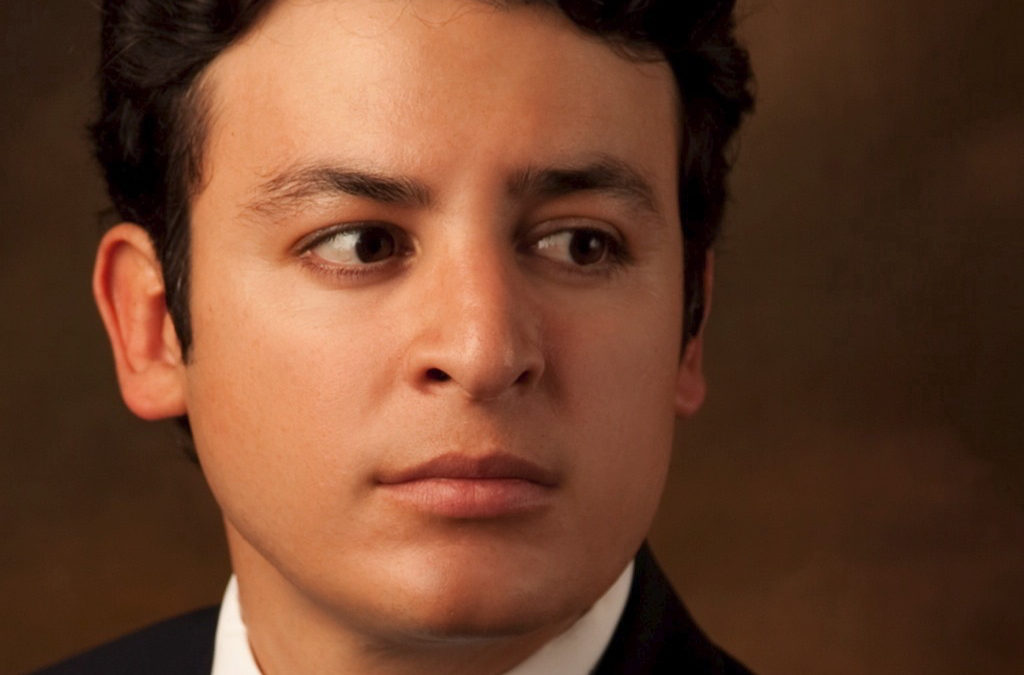 We all know that opera is the all encompassing art form where visual, aural, musical and staging elements all come together to make a production. Add in the scenery, costumes, lighting choreography  and often daunting technical demands and you have all the makings of grand opera. All of this takes painstaking collaboration between the singers, conductor, the various designers and the stage director.

In Virginia Opera’s forthcoming production of Daniel Catan’s acclaimed opera, Il Postino (The Postman) all of the aforementioned elements are coming together under the direction of the highly inventive and globally acclaimed director, Crystal Manich and the Opera’s artistic director/conductor Adam Turner opening on November 8.  But in this case, there is even more collaboration. In a historic agreement, Virginia Opera is partnering with Chicago Opera Theatre and Opera Southwest in the production and presentation of this compelling piece. It is also the first in what promises to be an exciting ongoing exploration at Virginia Opera entitled From Screen to Stage in which operatic works are adapted or influenced by the world of motion pictures.

The Postman is based partly on the Oscar winning 1994 film of the same name and the highly praised novel El Cartero de Neruda (Neruda’s Postman) by Antonio Skarmeta. The plot follows the imagined life of the great Chilean poet/intellect/statesman Pablo Neruda who was forced into exile in the 1950s. Neruda, the poet, arrives on a fictional island off the coast of Italy and quickly befriends the local postman, Mario. Having fallen in love with Beatrice, a waitress in the local cafe, Mario begs Neruda for his help with words and language in order to win the heart of his love. Neruda does indeed help and Beatrice and Mario get married despite the scolding from Beatrice’s Aunt who disapproves of the alliance. Neruda finally receives a telegram informing him that it is now safe for him to return to his homeland. Mario decides to collect and document the sounds of the island in a recording he creates for his mentor. Political tensions then increase in Italy and Mario begins using the skills of language and poetry that the great master taught him to challenge the oppressive regime. Tragically Mario is killed at a political rally.

All the elements of grand opera, no? Pablo Neruda, now globally recognized as one of the greatest South American poets and one of the best of the 20th century lived from 1904 to 1973.  Mexican born composer Daniel Catan who lived from 1949 to 2011 was the first Mexican composer to have an opera produced in the United States. Il Postino dates from 2010 when it was premiered by the Los Angeles Opera. According to Maestro Adam Turner  “this is a lyrical, romantic and poetic story of love and friendship.” Maestro Turner recalls first seeing Il Postino in Saratoga while he was on a tour of opera festivals around the country. “This was one of the most beautiful and compelling performances I have ever encountered and I set my sights on it for the Virginia Opera.” That was 3 years ago and now the work is coming to life for audiences across Virginia and then in Chicago and Albuquerque. And the maestro adds for those not familiar with Catan’s musical language: “It reminds me of Puccini and other composers such as Manuel deFalla, Emmanuel Chabrier and Claude Debussy.” In other words, it is really accessible and will be an unforgettable night at the opera.

In a recent interview with VEER Magazine, the stage director Crystal Manich shared her unabashed and limitless enthusiasm for not only for the work but for the remarkable opportunity of working with Adam Turner here in Virginia and the other two companies who are coproducing the piece.

“It is a big show,” she says, “and when Adam (whom I have known for about 10 years) asked me to direct it I jumped at the chance.” Even though she has more than 60 acclaimed productions under her belt, she relishes this particular one as she has always wanted to work on a Spanish language opera (of which there are not too many). “I feel passionately about the power of language and poetry – especially the rising Spanish influence. I am constantly inspired by the idea of beauty in poetry being discovered by new audiences and this is something I wish for the world right now.” While celebrating and concentrating on the subtleties and innuendos inherent in language, Crystal also aims to infuse some of South American culture from the 1950’s (notably the Tango, of course) into the production.  Not really basing the piece on the film, she says “It is a true combination of the novel and the film. It is very challenging and in some ways is really cinematic. Some of the scenes are only one page in the score so there are a lot of set changes and she is proud of the fact that she has solved the problem of multiple locations with the use of a turntable on the stage. “Opera is certainly the most challenging of all the art forms”, she says with a great big smile. “I constantly try to find the truth between the characters and the story – the human expression and physical reality. This is a visual, emotional and aural experience and my goal is to make the three into a  seamless one  so I look for the glue that holds it all together,” she adds.

Finding those truths and that glue if you like are the remarkable hallmarks of Crystal’s direction and the reason why she is one of the most in demand stage directors on the international scene. She has created stunning and award winning productions in Buenos Aires, Sydney and Brazil as well as in many leading opera houses in the United States including the Kennedy Center and  the Pittsburgh, Santa Fe, Utah, Boston Lyric Operas, to name just a few. She currently serves as Artistic Director of Mill City Summer Opera in Minneapolis and is looking forward to directing the world premiere of an adaptation of the novel Return to Sender in Nashville and Andre Previn’s A Streetcar named Desire at Opera Roanoke.

Maestro Adam Turner leads a stunning cast and the Virginia Symphony Orchestra in these performances in Norfolk,. Fairfax and Richmond.

Playing the role of Mario is the world renowned American tenor, Daniel Montenegro. The role is not new to him – he made in European debut at the Theatre du Chatelet in Paris as Mario and also sang the role at Saratoga Opera which is where Maestro Turner saw him. Montenegro has performed with such legendary companies as the Lyric Opera of Chicago and the New York City, San Diego, Washington National and Houston Grand Operas.

The role of Beatrice is played by Virginia native soprano Danielle Talamantes who received this wonderful notice after her debut as Violetta in San Francisco: “It is not often that an operagoer is fortunate enough to witness the birth of a star!” She has also enjoyed great success in Hawaii at the Met and at Carnegie Hall. Tenor Raul Melo will sing the role of Pablo Neruda. The role of Matilde Neruda will be sung by the Russian- American soprano Inna Dukach who starred in the Metropolitan Opera’s production of Madama Butterfly in the 2017-18 season.

Il Postino will be experienced in Norfolk’s Harrison Opera House Nov. 8, 10 and 12 and then in Fairfax Nov 16 and 17 and finally at the Carpenter Center in Richmond Nov 22 and 24.