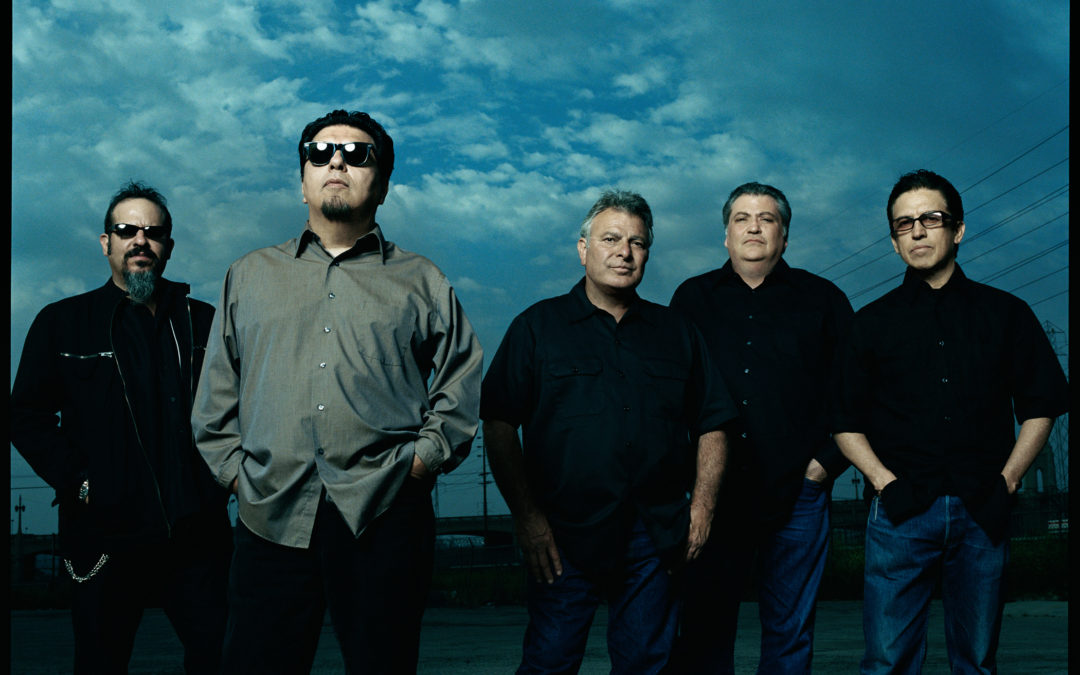 Steve Berlin was the Los Lobos member working closely with the team producing “La Bamba” in 1986. He wasn’t confident about the film’s prospects.

The movie had a first-time director and “a bunch of actors nobody had ever heard of.” The script changed daily. The hunt to find an actor to portray Ritchie Valens, the Fifties rock star who died at 17 in a plane crash with Buddy Holly and others, took forever before settling on a young Lou Diamond Phillips.

“It definitely did not in the moment feel like it was going to be a big deal,” he says in a phone interview. There were too many extraneous scenes, including a long sequence where Ritchie takes peyote and sees his father. Mercifully, it was cut. But also lost was an accompanying soundtrack song featuring Los Lobos playing with Carlos Santana produced by Willie Dixon. “The only sad part of the story is I don’t think I have a copy of it,” he says. “I didn’t know it was going to go away so I didn’t make a conscious effort to capture it.”

The good news is the movie was saved by editing. “When I finally saw what was close to the actual cut of the movie, I just remember thinking, wow, they pulled this together. This isn’t terrible. It’s a shame. Nobody’s ever going to see it,” he recalls.

He was wrong, of course. The movie has become an enduring classic. The title cut elevated Los Lobos, just another band from East L.A., to the top of the charts selling more than 2 million copies.

For casual fans, the song remains the group’s signature, though it’s not one of their many creative high points over 45 years. They bring that long history to Elevation 27 on Nov. 17, another return to the area that last saw them play Town Point Park on a sweltering summer afternoon that Berlin remembers well. His first tour through Norfolk, though, may have been with The Blasters at Kings Head Inn in the early 1980s.

It was through The Blasters that he got into Los Lobos during the fertile LA scene in the early 1980s. Berlin grew up in Philadelphia a fan of The Sound of Philadelphia before moving to Los Angeles. He’d seen the band open for Public Image Ltd. in 1980 playing what he called “folkloric music” at that point. So when they were booked to open for The Blasters at the Whiskey-A-Go-Go it caught his attention. “I was like, well that’s gonna be pretty weird,” he says. “But they had obviously changed to play a lot more rock and roll and it blew everybody away. That was the night etched in everybody’s memory.”

How could the scene not have noticed a band no one had ever heard of born eight miles away and together for a handful of years? “It just seemed like they were on a different level.” he adds. “Even that even though they were opening for us, it seemed like there was something there that can only be achieved through playing together for a long time.”

Two nights later, he went to see Ornette Coleman play a little club. Half the guys were there. They became friends. At the same time, The Blasters were moving away from horns and relationships in the band, especially between the feuding brothers Dave and Phil Alvin, were beyond frayed. “I love those guys. I still do,” he says. “It was just tough stuff hanging around them on an extended basis. Things were always contentious. There was always an argument.”

Los Lobos, meanwhile, had been together going on a decade. There was no drama. They would let things slide or talk it out. “If you’re going to be stuck in a van driving around the country, I would rather be with a bunch of guys who get along than guys who literally would fight at the drop of a hat. The other big part of that was this was a democracy. Everybody had a say,” he says. “Even though it was a lot of money (leaving The Blasters), it was just me and my rent was cheap. I didn’t feel like I was making some horrendous career decision.”

Berlin and T-Bone Burnett produced the group’s critical breakthrough, “How Will the Wolf Survive” in 1984 on Slash Records. “Their debut LP makes it sound as if they invented the style. Who did the original of that one, you wonder, only to discover that you’re listening to the original,” wrote the critic, Robert Christgau.

But it wasn’t until “La Bamba” that they reached a broader audience. Following its success, they responded with a curveball, the Grammy-winning “La pistola y el corazón,” featuring original and traditional Mexican songs.

He calls “La Bamba,” “Will the Wolf Survive” and “Kiko,” perhaps their creative peak, the three defining moments in the band’s history. “Wolf,” he says “was us realizing that we had our own voice. We could do stuff the way we thought we should do it.” “La Bamba” changed perceptions of the band and took it to another level.” “And I think ‘Kiko’ was probably the next one where we sort of decided to take those tools and create something that was truly uniquely ours.”

Before there was the high of “Kiko,” though, there was the low of “The Neighborhood” in 1990. “It was not a pleasant experience on a number of levels,” he says. “I think we had a misunderstanding of who we were at that point. I don’t think we were particularly well advised by the people around us…The record itself took a long time. I think we did some of the songs three times and I don’t think they ever got better. They got worse. ”

After the release, they toured on too grand a scale with two buses, lights — all the stuff they’d avoided in the past. “We didn’t listen to our internal voices. We just let people tell us what we should be doing and everything turned out terribly,” he says. “We’d never lost money. We just felt like we really stepped in it to come home and be big money in the hole.”

That forged a resolve to do things differently the next time.  “That brought us to “Kiko,” which was like, let’s do exactly just what we want to do.” They played half the cuts for Warner Records head Lenny Waronker and he was enthusiastic, suggesting they bring in Mitchell Froom and Tchad Blake as producers

Like “La Bamba,” though, Berlin wasn’t convinced it was a hit. “I just thought they were going to drop us,” he adds. “It was too weird. I thought I love this music, but this doesn’t sound like anything that ever happened before. But they got it. Mitchell and Tchad were kind of finding their voice as well. I just think we were in no mood to screw around with anything that wasn’t going to make us really happy. So everything that happened had to be something that was really cool and had to work on a lot of levels.”

They’ve recently released an album of holiday songs, “Llegó Navidad,” recorded after Rhino Records approached them. They have a new label, New West Records, and he sees a new album next year.

Berlin cracks that the drug of choice for the band now is ibuprofen. How does a band stick together for 45 years? “Well, we like the music we make. That’s one part of it,” Berlin says. “I’d say another part of it there’s not a lot of unfulfilled ambition. I would say with Lobos, it’s always been like whatever you want to do. It can’t interfere with whatever the band has going on, but if you want to do stuff in your spare time like make a record or go produce a record, just let us know.”

Audiences, he says, seem to come hear them play, not just come for one song or two. “I hope this doesn’t sound pompous, but we do have a unique thing that we do,” he says. “So it’s gratifying that we get to have a career doing this thing that is only ours.”