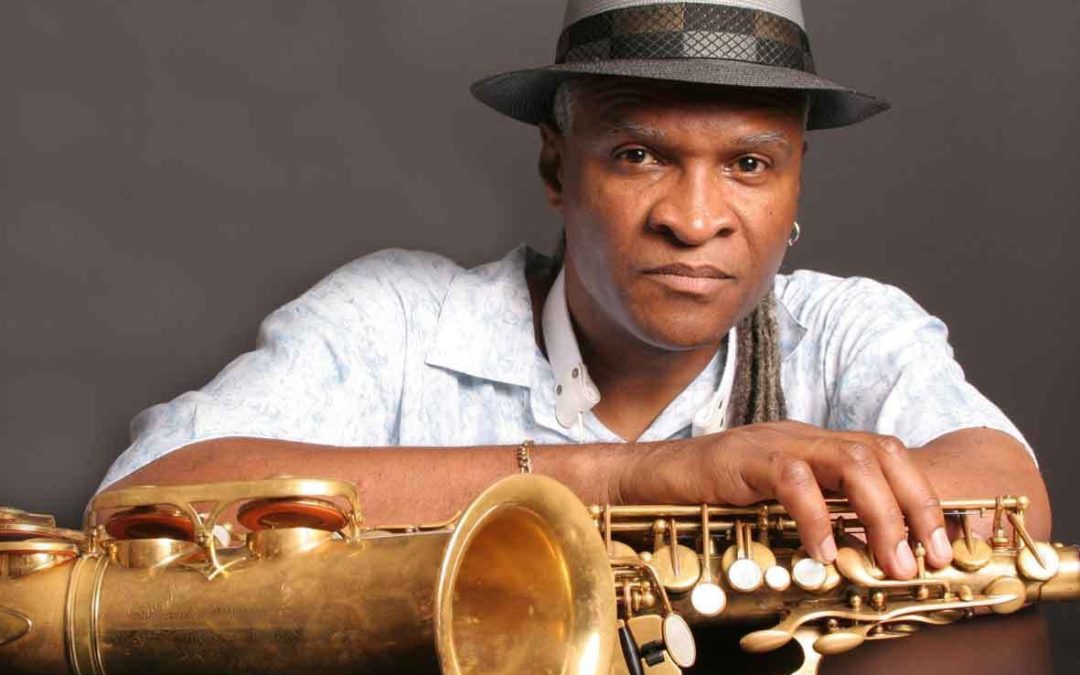 “I don’t really play for musicians,” says legendary jazz saxophonist Bobby Watson, midway through our Friday afternoon phone conversation, as he awaits a flight back to his home turf of Kansas City. “I play for [the] people.”

Watson has been playing for the people, as a professional jazz musician, since the late 1970s, when he first joined the iconic jazz band, The Jazz Messengers, becoming their music director during his tenure. He refers to his time with the group as “trial by fire,” due to band leader Art Blakey’s penchant for having his young, revolving lineup of musicians grow as artists, by simply doing the work—playing the music, as opposed to discussing it. “It was 4 and a half years, and it went by really fast,” Watson says.

“He’s one of the most positive band leaders I’ve ever worked with, and as a person as well,” says the jazz composer and educator, about Blakey. Jazz drummer Art Blakey, is of course, one of the most revered names in jazz history. Besides his celebrated work with the likes of Charlie Parker and Thelonious Monk, Art became a founder of the Jazz Messengers in the mid-fifties, and over the course of several decades, the band cultivated the talents of many of jazz’s brightest young talents, including Wynton Marsalis, Lee Morgan, and the aforementioned Watson. Art was posthumously awarded the Grammy Lifetime Achievement Award in 2005.

Some of Watson’s best known work as a composer was created during his lengthy stint with Blakey, including classics like “Time Will Tell,” originally recorded back in 1977 for the album, Gypsy Folk Tales, by Art Blakey and the Jazz Messengers. That composition, and “Wheel Within a Wheel,” which was also recorded during the Blakey years, will be included in the alto-saxophonist’s setlist when he performs at Norfolk’s historic Attucks Theatre this November. The concert is part of the Virginia Arts Festival produced Attucks Jazz Club series, where the venue’s upstairs ballroom is transformed into an intimate jazz club. Watson will be supported by local jazz artist and educator, John Toomey, along with Toomey’s trio.

“I’m looking forward to it,” says Watson, who still serves as the longtime director of jazz studies for the University of Missouri-Kansas City Conservatory of Music and Dance. “I know a lot of guys who have played there… Steve Wilson I saw…and a lot of other folks.” This will be Watson’s first time performing at the Attucks, which is celebrating its centennial this year. His time here in Norfolk will include conducting a jazz workshop for students and musicians.

The music of Bobby Watson includes a broad range of jazz recordings as both a sideman and a leader. Besides the great Art Blakey, he’s recorded with artists like Louis Hayes and John Hicks. He has released thirty or so albums as leader or co-leader, and has appeared on over a hundred other recordings. And those albums have been released on some of the most respected jazz labels of the 20th century, including Blue Note, Palmetto and Columbia.

I ask Watson, who is now well into his sixties, how he copes with the loss of both peers and jazz legends who directly inspired him. “It makes you pause and value each day more,” he reflects. “And it also makes you stronger in your conviction…with what you want to get done in life.”

There is certainly much more for Watson to do as an artist and educator, though he plans to retire soon from his position at UMKC. He has an upcoming live recording on Smoke Sessions Records coming out next year, in honor of the centennial of Charlie Parker. It was recorded at NYC’s Smoke Jazz & Supper Club, and will include saxophonists Vincent Herring and the aforementioned Gary Bartz. He also has a number of upcoming concerts and festival appearances that will carry him well into 2020.

“I enjoy trying to take people on a journey, one where they will forget about the time,” explains Watson, regarding his continued passion for performing. “And forget about their everyday life. We try to uplift their spirits—make them think, make them reminisce…”