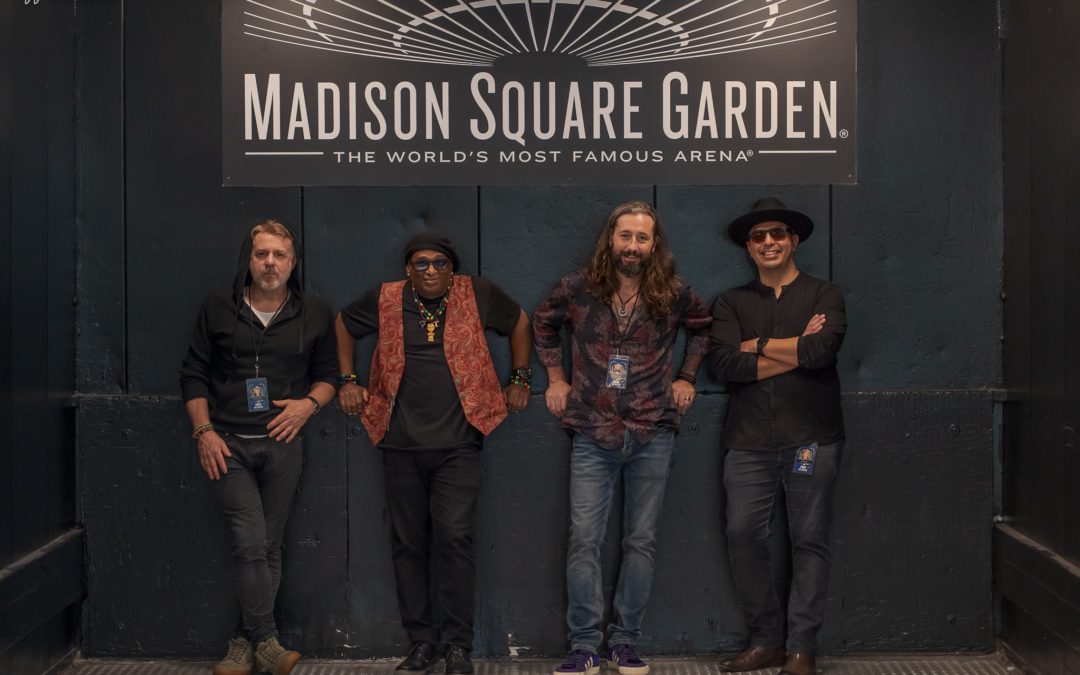 Anthony Rosano & The Conqueroos have been one of the most popular local bands over the last five years.

The blues-rock group has won Veer Magazine’s best blues band and best live band categories in the Local Music Awards competition, and they are a hot item when local festival organizers seek-out bands from the 757 to feature on their stages.

When classic rock icon Bob Seger & The Silver Bullet Band performed this past spring as part of the group’s farewell tour, they sought a local band to serve as the opening act. Concert promoter Live Nation suggested Rosano and the guys.

Seger and company, whose radio-played hits include “Still the Same,” “Turn the Page” and “Against the Wind,” were so impressed by Rosano’s band they asked them to perform additional dates and go on the road this fall for concerts in Toronto, New Jersey, and the biggest of all, Madison Square Garden in New York City.

After following Anthony Rosano’s posts on Facebook during the tour, I wanted to know more about the opportunity he had to take his music and band to the next level.

VEER: You guys opened for Bob Seger & The Silver Bullet Band earlier this year at the amphitheater in Virginia Beach. How did the initial opening slot come together?

Anthony Rosano: Basically, they were looking for an opener for Virginia Beach. He was on tour with Grand Funk Railroad. The Grand Funk drummer, Don Brewer, had booked some other stuff so they had a few holes in the schedule where they needed openers.

Bob Seger wanted to give some local artists the opportunity to open for him. I sent some videos in to them through Dee Larion at Live Nation. She had reached out to some of the booking agents in the area.

We sent some videos to Bob and I guess Mr. Seger liked what he heard, and they added me to the Virginia Beach show.

For the (Washington) DC show, they looked at the people (local bands) in DC. And the story I got from Seger’s management was they looked at the three artists they sent them for DC, and Bob Seger kept sayin’, “Put the Virginia Beach guy back on.”

So he put me on DC, and then he was like, “You know, put him on New Jersey too.”

They didn’t even look at who (local band) was in New Jersey. So they added us for those three dates.

We did those three shows with them. His team had told me they might be doing some stuff in the fall,; touch base back with us around mid-July and we’ll see what we can do.

They were actually in Detroit when I got a text message from his production manager saying if I were you I’d expect to be going on the road in the fall.

That’s pretty much how it worked out. His whole crew are super nice people, generous and kind.

VEER: You’ve played in small rooms at local restaurants like BBQ by Froggies and Brown Chicken Brown Cow, and now you’ve performed at large outdoor amphitheaters and Madison Square Garden in New York City in front of thousands of music fans. How do you make the adjustment as a performer transitioning to the large stage concert setting?

AR: It felt the most where I belong, if that makes sense. I’m not a person who gets stage fright because I realized a long time ago that I am who I am. All I have to offer the world is myself.

I’m not going to be everybody’s cup of tea. That’s fine too. So there’s no sense of having any kind of threat or worry over that.

The best way to describe it is — like I told my wife about this run — I walked around the entire tour smiling from ear to ear but also wanting to cry at the same time. It was an overwhelming joy of being able to share something with a bunch of people.

Again, there was no stage fright. It was like, yeah, this is what you worked hard for. Go out and have a good time. 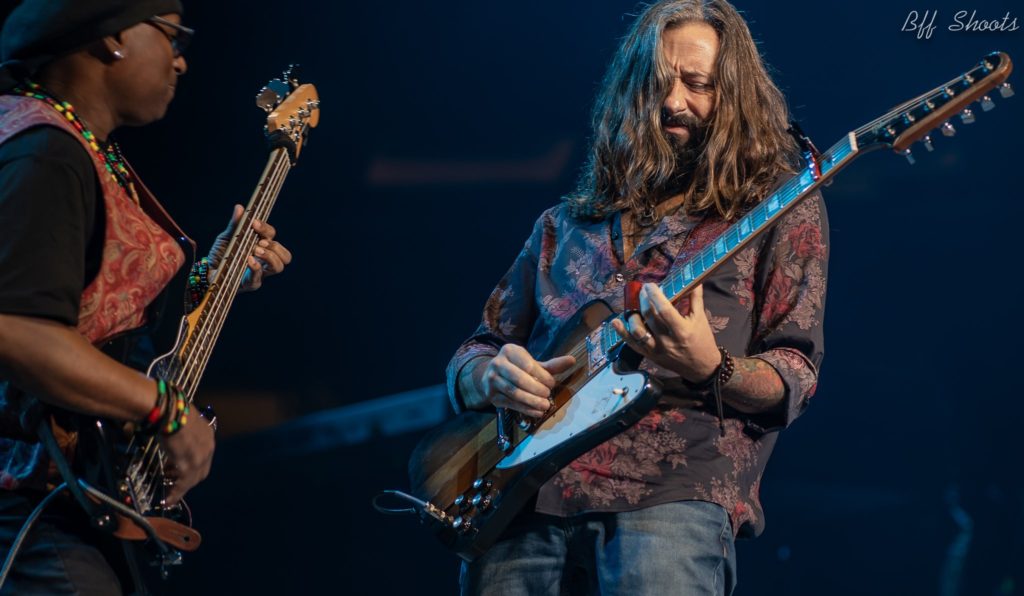 (Anthony Rosano breaks out the slide for a guitar solo at Madison Square Garden. Photo courtesy of Bff Shoots/Jeremy Mangrum)

VEER: Do you or your bandmates have regular day jobs? Were there any challenges with going out on the road for a tour like that?

AR: I do not. I play music full time.

My bass player, Paul Warren, is a full time musician as well. The guy who has been playing drums with me the past five years, Scott Smith, was not able to do this run because he does have a day job. I used Rich Mossman, who has recently moved to Nashville but filled in for Scott.

Originally, my sax player, JB Bustillos, was not going to do the run; we were going to do it as a trio. His obligations are with the Navy so he he had to fly in for a bunch of dates — fly in and then fly out.

So, yeah, it was a challenge but what isn’t?

VEER: Playing on the large stage, as you said earlier, basically comes naturally to you. Still, walking onto the stage at the legendary Madison Square Garden must have had some special meaning to you.

I was born and raised in New York and Long Island. I moved to Virginia in 1996.

Prior to moving to Virginia I did play music up in New York. So there are a lot of synergies there.

I don’t have a record deal. I’m self managed. Generally, I’m the promoter.

But, yeah, it was a pretty heavy, big thing. Madison Square Garden is a monumental venue and I just feel very fortunate to have had the opportunity to play there. Hopefully it’s not the last time.

VEER: When you were a teenager living in New York, Long Island, did you go to any concerts at The Garden?

AR: Actually, that’s another big thing about playing The Garden that made it so special to me. I have a daughter and she asked me the same exact question.

It is pretty crazy. 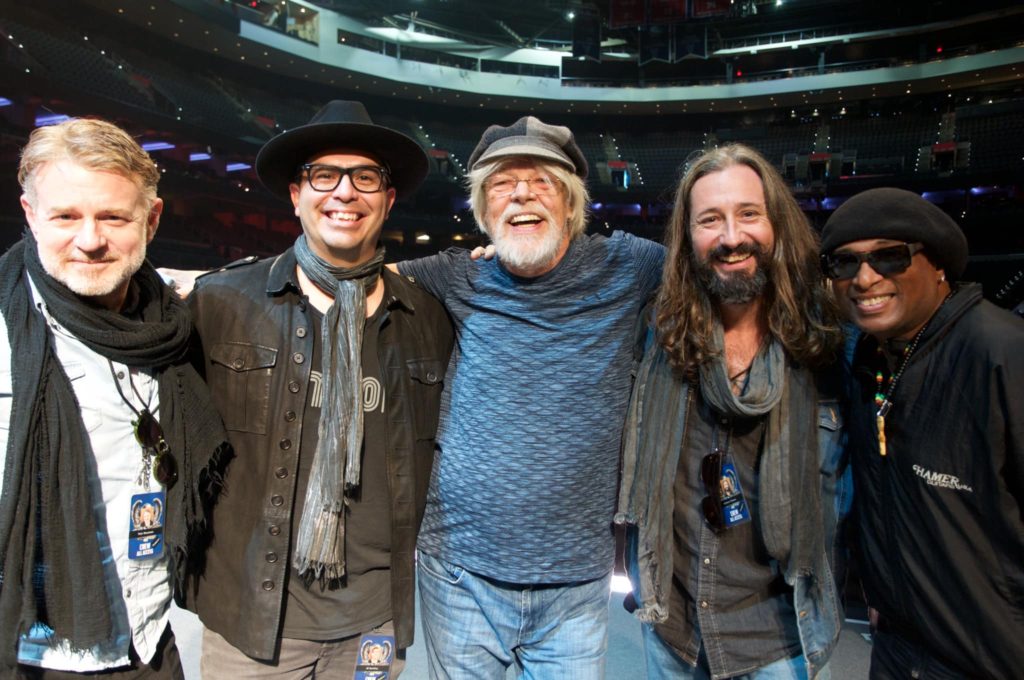 VEER: Were you a Bob Seger fan before you opened for him?

One of the more emotional things for me was watching Bob play.

When my oldest daughter was born, my mom had come down from New York to help us out with our first kid. We had just come home from the hospital and she took my wife up to the grocery store — I think it was Belo — and they’re coming back and my mom passed the street we live on.

My wife turns to my mother and said, “Maria, you passed the street.”

My mom said, “‘Night Moves.’ Bob Seger’s on the radio, you don’t shut the car off. You ride in out.”

So Bob Seger has been ingrained into my musical DNA from the time I was a young kid.

With the band (Conqueroos), “Live Bullet” is a staple for road trips for the band. We get in the van. We load-in our gear and pull out of my driveway to go do a show. “Live Bullet” is the first thing to go in the Bluetooth.

So when presented with the opportunity (to open for Bob Seger) it was one of those bucket list things. You get to open for someone who influenced you musically, let alone the professional benefits of doing a tour like this — and artistic benefits as well. I get to see him play. I watched him every night in concert and was inspired by how much a 74-year-old guy puts into the show.

He doesn’t do it for nostalgia. He does it for the love of music.

VEER: When backstage, were you instructed not to approach Bob Seger and his band members, speak only when spoken to, or were things more relaxed?

AR: We kind of directed the guys you don’t talk to anybody until you’re spoken to. Don’t bother them. Don’t be a fan-boy and ask to get things signed. Let’s not do that.

They were the opposite of what you would think a rock star would be. Bob Seger, by the time we did the second show in DC, came up to me, gave me a hug, and said, “Anthony, it’s great to see you.”

When we did the Virginia Beach amphitheater show his production manager sat me down and said, “Bob will be here in about ten minutes and I know he wants to meet you.”

Bob Seger walked right up to me and said, “Anthony, it’s great to meet you.” He shook my hand.

My jaw dropped to the floor. He was just so cool.

VEER: You’ve got these great experiences under you belt now, so what does the future look like for Anthony Rosano & The Conqueroos? Are you going to work on a new album? Does this Seger tour open new doors? Can you leverage this experience into opening for more national acts?

AR: I would hope so. I wouldn’t necessarily use the term leverage. I would refer to it as having a great thing on the resume.

I’m constantly writing anyway. I had the opportunity with these shows to meet a lot of people in various positions within the music business. There’s open dialog there. Those people are telling me to stay in touch.

I’m hopeful that it will lead to other things.

I’m in the business for the love of music.