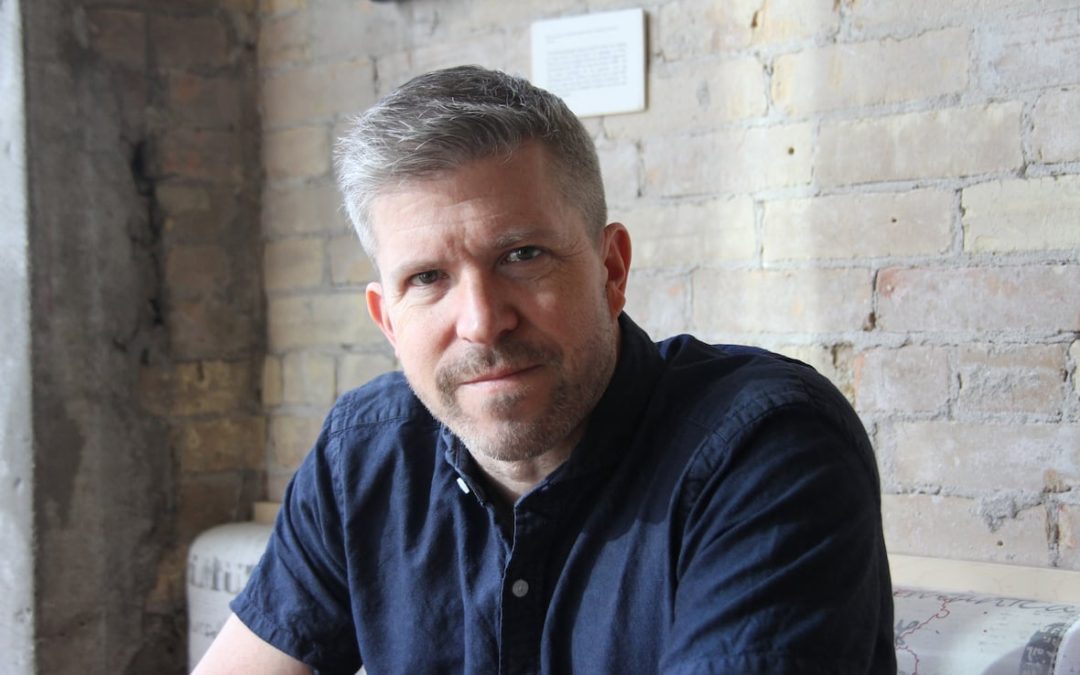 Christmas day visits to Ella Fitzgerald’s house were a family routine for young Edwin Outwater, who will conduct the Virginia Symphony’s Brahms + Pulitzer concerts this month.

Having a mother who worked for “The First Lady of Song” – herself a Newport News native – and a father employed by Warner Records, gave Outwater an early immersion in jazz and rock.

Discovering Classical music at the age of 14 was, he said in a recent phone chat, “like being struck by lightning.” (His “sense of rhythm comes from jazz and rock,” he says.)

Now a well established conductor with a degree from Harvard in English Literature, his career has included collaborations with musicians as diverse as Metallica, Renée Fleming, Wynton Marsalis, Yo-Yo Ma, the Inuit throat-singer Tanya Tagaq and the avant-garde organist and VA Arts Festival performer Cameron Carpenter, the actor and fellow Harvard alum John Lithgow, as well as the author known as Lemony Snickett.

International conductor and triple Grammy winner Michael Tilson Thomas called Outwater “one of the most innovative conductors on the scene today.”

This does not mean Outwater is not devoted to the more familiar classical repertoire as well; the VSO concerts start with a short piece by that most iconic of all classical (or Classical/Romantic) composers, Ludwig van Beethoven.

“Playing these great works can make Virginia or anywhere a better place, by having so much beauty made by such great musicians,” he said, when discussing his “main mission in running an orchestra.” That comment was in answer to his self-posed question, which he thinks people should consider: “How does an orchestra fit into society? How can we be the most use to a place?’

light and full of humor…quirky…high spirited and…high energy, the way I like to begin concerts.”

Then Outwater introduces to Hampton Roads one of his most frequent collaborators: young Pulitzer Prize winning composer Caroline Shaw, a singer and violinist as well as a composer, whom the Symphony “wanted” and around whom they “built the program.”

(Shaw, who won the prize at the age of 30 for her Partita for 8 Voices, is the youngest person ever to win the Pulitzer for music.)

Like many contemporary composers, Shaw is also an accomplished performer, he explained, so he “wanted to show all the facets” of her talents.

She’ll be the vocalist for Red Red Rose, her setting of Robert Burns’s 1794 lyrical promise of eternal love, and for Other Song, which premiered just last year at the Kennedy Center with the National Orchestra, Outwater conducting.

The program’s final Shaw composition, simply titled Lo, is “sort of a violin concerto,” in which “the solo voice [of Shaw’s violin} is very integrated…more of a dialogue” between orchestra and soloist than the traditional concerto showpiece for the soloist, Outwater explained.

“I love this piece!” he added.

Shaw’s compositions also reflect Outwater’s own historical eclecticism. Lo “has bits of Brahms in it,” he says, making the point that Shaw “loves artifacts of sound that find their way into her music as a kind of homage. You hear the past in it and it’s also modern.” (The four movements of her Pulitzer winning piece were based on old Baroque dance forms.)

Brahms final Symphony, his Symphony No. 4 in E minor, Op. 98, which closes the program.

These were Outwater’s remarks about the sprawling, multi-mood work: “I find this piece incredibly beautiful and quite austere and quite tragic in a lot of ways. [It has] moments of sentiment and warmth. A lot of the music from that part of his life is about loneliness. [He’s] trying to reach this pinnacle of artistic achievement and purity.”

In keeping with the historical reach that seems a throughline of this program, Outwater notes that this symphony not only reflects Beethoven’s influence, but that Brahms “reaches back even further to Bach and other Renaissance composers. He’s carrying the entire weight of music history.”

Beethoven to 21st Century with echoes back to the Baroque and Renaissance, Brahms + Pulitzer will give VSO fans – and people who have never been to any classical concert – a first look at a conductor who makes a good case for deserving Hampton Roads’ attention.