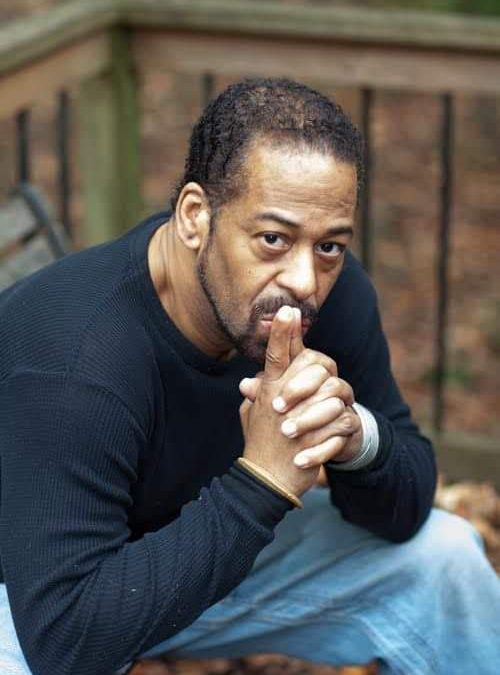 There’s been just a few days for the Atlanta-based director and playwright, Thomas W. Jones II, to get his bearings here in Norfolk, as rehearsals for the play that he’s here to direct, Detroit ’67, begin in earnest. The Dominique Morisseau penned drama is being produced by Virginia Stage Company at the Wells Theatre, and follows the company’s excellent production of Guys and Dolls, which just launched VSC’s 41st season last month.

When I catch up with Tom by phone to chat about Detroit ’67, the Wells is still hosting the final week of performances for Guys and Dolls, which appears to have done well for the company. So it’s a very busy time at VSC to say the least, as the current show is put to bed, while this new production takes its very first steps towards its own opening. Tom, who has won many awards for his various work in theater, tells me that this first time experience working for VSC as a director has been quite positive so far. The work of course, is just beginning.

“It’s a really extraordinary group of artists that are assembled in the room to do this,” says Tom. “So it’s fun putting it together and watching them make discoveries and all that good stuff that goes along with their first week of sitting around the table, and trying to unpack the play that you’re doing.”

The play that they’re doing is a two hour drama, part of award-winning playwright, Dominique Morisseau’s 3-play cycle, The Detroit Project. The playwright herself is from Detroit—and she studied acting at the University of Michigan. It’s her work as a writer though, that has garnered her vast critical acclaim, and has led to some remarkable artistic recognition, including becoming the recipient of the MacArthur Foundation’s “Genius Grant,” and earning a Tony Award nomination for her work as the book writer for Broadway’s Ain’t Too Proud: The Life and Times of The Temptations, amongst many other honors. Tom is clearly a fan of her work.

“This is actually the first time I’ve worked on a Dominique Morisseau play,” the New York native says. “I’ve read her a lot and seen her work.” Detroit ’67 is set in the city of Detroit, Michigan, during its highly tumultuous and bloody, 1967 race riots that July, in the heart of the summer. Violent confrontations between some African-American residents and Detroit police, eventually led to the death of 43 people and well over a thousand injuries. There was also an incredible amount of property damage that occurred over its 5 day span. Described as riots by some, and as a rebellion by others—the events are happening outside of the home of Chelle and Lank, a pair of siblings who have recently inherited their family home from their parents.

Chelle is the overprotective and more sensible older sister to Lank, a dreamer who wants to start a proper bar with his buddy Sly. The siblings have turned their home’s basement into a little private club, but it’s not enough to satisfy Lank’s ambitions. On their way home one night, Lank and Sly come across a badly beaten white woman, and decide to bring her into Lank’s home, much to his sister’s dismay. The arrival of Caroline, the “mysterious” white woman in question, leads to some major conflicts. The music of Motown, with all of its vibrancy and range, helps to contextualize the play’s action, and advances the story. Detroit ’67 was first produced Off Broadway at The Public Theater in 2013.

“All of them, in a certain sense, are dreamers, and want to have a life outside of this basement, and outside of hustling, and outside of being underground,” says Tom, about the play’s characters. “And what prevents that from happening?”

“You see their lives, in a certain sense, as a lens through what was happening in the larger culture,” further explains the director. “When you go and peek inside the living rooms, this is what was at stake. This is how we argued about those things…This is how we tried to figure out what it meant in a tangible way…what these movements mean in terms of our own lives, and how it spins us, in terms of an arc and a journey, in trying to realize our dreams in a particular way.”

The entire cast of VSC’s production of Detroit ’67 is new to the company, and includes actress Lisa Tharps as Chelle, actor Bryce Michael Wood as Lank, and Freddie Fulton as Sly. I ask Tom what led him to cast these particular actors for their respective roles. For one… they weren’t boring to him, he tells me. He believes that the audience would pay to see them.

“They made me stop and listen to them, and made me curious as to what else was going on in their lives,” says Tom, referencing his experience with each of them during the New York City auditions. This cast of five provides the pieces needed to realize his vision as director of this show.

“As a friend of mine says, I’m trying to do ‘doggy bag theater,’” Tom says with the slightest chuckle. “I want you to take some of this home with you.”