Marc Cohn Happy to Have Work to Do 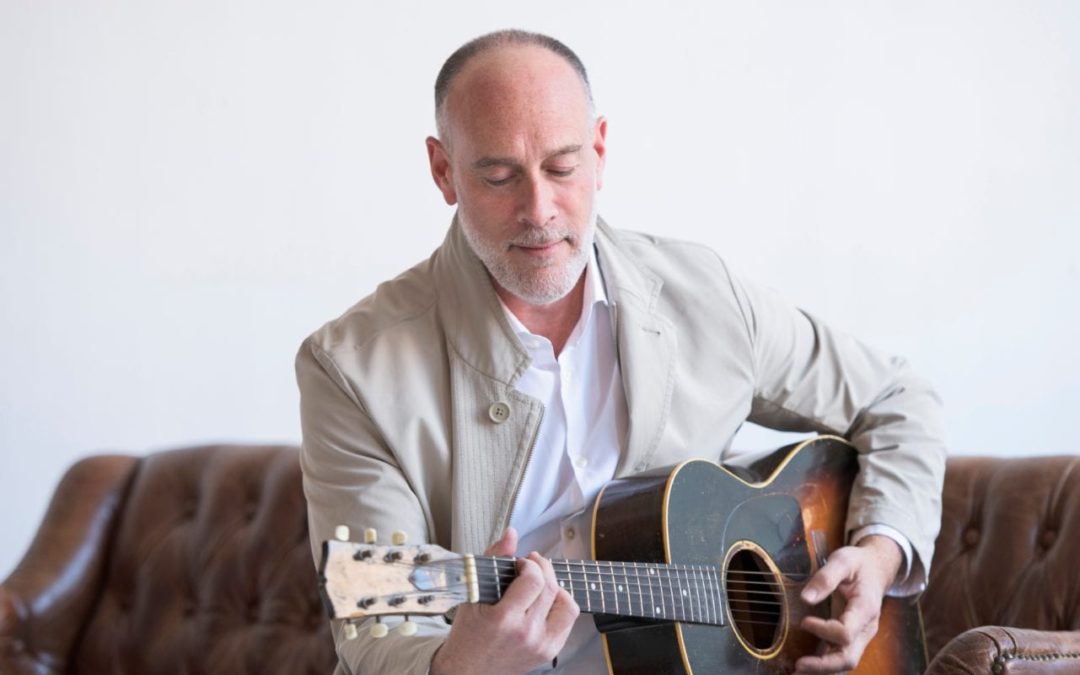 Marc Cohn burst out onto the charts in 1991 with his debut, “Marc Cohn,” a disc that earned him a Grammy for best new artist and spun off the hits “Walking in Memphis,” “Silver Thunderbird,” and “True Companion.”

While his emergence may have seemed sudden, Cohn had been writing for years after growing up in Cleveland, playing his first gigs while a student at Oberlin College, and then moving to New York after graduating from the University of California at Los Angeles, where he transferred.

His most recent offering is “Work to Do,” a collaboration with The Blind Boys of Alabama born out of shows they’ve done together in recent years. It’s a combination of new tunes and live cuts, including reworked gems like “Listening to Levon” and Walking in Memphis” from Cohn’s catalog.

Cohn, without the Blind Boys, arrives at Elevation 27 on Oct. 16. He talked by phone about his renewed passion for performing, getting shot, and the work he has left to do.

Veer: Tell me how the collaboration with the Blind Boys of Alabama came out about.

Marc Cohn: They have the same management as the great soul singer William Bell. William was making a record a couple of years ago, and my friend John Leventhal was producing. John asked me to help with co-writing some of the songs. I ended up collaborating on about half of that record. So that was the beginning of a relationship with that management company. They reached out and said would you try to write some songs song for the Blind Boys as well and that’s how it all started

Cohn: I’m so proud of having worked on that record. I love that William got the recognition he deserves, a Grammy for it. I just love that record.

Veer:  How did writing for the new record work?

Cohn: Way before that, John and I wrote songs for the last Blind Boys record called “Almost Home” and one of those songs got nominated for Grammy. So right off the bat, we had success.

It wasn’t until just the last few months that I thought, well, let’s try to put out an EP, a couple of new songs. I wrote the title track and John and I wrote another song, “Talk Back Mic.” We finished this PBS taping (with them) and I thought a lot of the performances were really strong so we decided to add that to the brand new tracks. I think it works. With so many of my old songs, they breathed fresh life into them.

Veer: Some years ago, you went back to uncover the demos for the debut album. I wondered if you talk a little bit about what you found out about Marc Cohn, circa 1990.

Cohn: You’re talking about a record I put out called “Careful What You Dream.” What did I found out about me as a songwriter? That I was a lot more prolific than I remembered. I’d written hundreds of songs before I got signed, but my self-mythologizing about it led me to believe that none of them were any good.

And that really wasn’t true. I mean, there were maybe five or six songs I’d completely forgotten about that had never been released because I didn’t even know where they were. I was surprised at how complex they were musically. I really still to this day can’t play one or two. I had another 20 or 30 songs that I just didn’t release that I thought weren’t that good. There were a dozen or so that I liked and I thought were worth releasing. It just reminded me how long I’ve been working. Even when even the songs weren’t that good I was learning. And that’s what it’s all about.

Veer: You have taken some sabbaticals. You took about a decade off ending in 2017.

Cohn: To me, the longest breaks were for two reasons. I found myself not having enough time with my children. To some degree that is also a cop-out because obviously you can spend time with your children and still be a vital songwriter. So I don’t know. There were just some things that happened to me where I felt like writing is not something that I could do. It was about my own mental health. I had issues I needed to understand better and work on. Sometimes the writing helps me with that and sometimes it’s the last thing on Earth I want to do. Now, I’ve gotten to the place with writing and especially performing where they’re an enormous part of my life and something I’ve never enjoyed more.

Veer: I had forgotten but when I prepared for this interview, I was reminded that you were shot driving with others after a show in 2005. Can you talk about what it’s like to get through that?

Cohn:  It was, you know, it was horrifying. The only thing that made it sort of livable was knowing I wasn’t targeted. That it was just some random day and random things happen all the time. And I guess this time it was my turn.

It was a person who was high on crystal meth and didn’t know what he was doing. He was out of his mind and wanted our car to get out of town. He was a guy who was in bad shape. We happened to cross paths on that April night. It was just miraculous I survived. The bullet went into my temple, lodged there, maybe a centimeter from my skull. It was a .22 that went through the windshield of our van. So all these things slowed it down sufficiently. It could have been the end of my life. I never lost consciousness.

Then I had to deal with the emotional effects. There was a certain amount of PTSD. I went to a therapist who helped me work it through. I wouldn’t say that was the end of it, but it certainly made life livable again. It was just really scary.

That was my sort of brush with death that really showed me that you really are always a second away from something that puts everything else in perspective. The really amazing side effect of this experience was something I never would have predicted, which is number one, it gave me a new record. And it gave me a new lease not only on life but on my touring. I hadn’t been touring very much. Once that happened, I realized if didn’t get out there soon, I might not ever go back on the road. I did go back out within a few months. Following that incident, I have toured two, three, four-time more than I had. I have a new, deeper appreciation of my career, my fans and my need to be out there singing.

VEER: It’s a long way from those first shows at coffee shops when you were at Oberlin College. Did you imagine yourself making a life in music when you were growing up in Cleveland?

Cohn: No. I didn’t know anybody that had a life in music. Joe Walsh was in the area while I was growing up. And Eric Carmen. They were older. Nobody in my generation was doing music. Everybody in Cleveland thought I was crazy. And I couldn’t disagree. All I know was my will to do it was bigger than my fear. And even my fear was useful. So were all the people that said I couldn’t do it. That helped me too. So, no, I would say I thought it was going to be a long shot, but one that I had to take. By the time I was 18 and 19 I couldn’t imagine doing anything else.

Veer: You turned 60 this year. “Work to Do” off the new album sounds like an instant classic. Can you tell me how the writing came about? It seems like a declaration.

Cohn: The oldest member of the Blind Boys is a legend, an incredible human being named Jimmy Carter.  I had his not necessarily his voice in mind, but his story. I mean, I’m an old enough man to sing that song, but Jimmy is almost 88 or 89. So I was thinking about him, and the fact that Clarence Fountain, the co-founder of the Blind Boys who just passed away. I wanted Jimmy to sing it but it ended up to making more sense to me to do the lead vocal and have the Blind Boys in the background.

Lyrically, it’s a song about maybe being towards the end of your road but not the end of your work. There’s always work to do. That’s been my experience. So it’s about literal work. It’s about emotional work, inner work, which everybody can relate to. It came as easy as can be. I think I wrote it in an hour.