LET IT BE: BJ Leiderman to jam with Intangible Cats 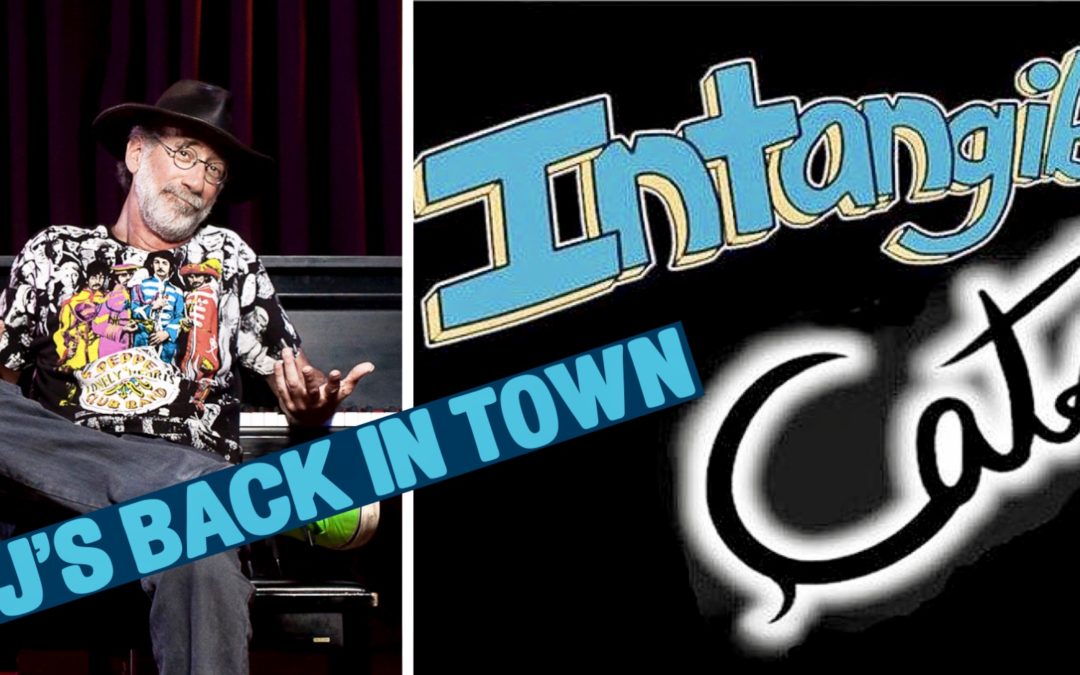 BJ Leiderman, known coast-to-coast as the National Public Radio (NPR) theme song composer for melodies used on “Morning Edition” and other programs over the past 40 years, returns to Hampton Roads to sit-in with some former bandmates when the Intangible Cats take the stage at Barbecue by Froggies on Shore Drive in Virginia Beach.

The Intangible Cats include Ken “Taco” Walker (guitars), Ricky Lutz (keyboards, vocals), George Gaydos (bass guitar, vocals)  and Ken McNeill (drums, vocals). The cover band is known for its true-to-the-record versions of rock classics and deep-cuts from groups such as Steely Dan, Jethro Tull, Billy Joel, The Beatles and others.

For Leiderman, who moved from Virginia Beach to Asheville, North Carolina almost a decade ago, the evening will mark a fun opportunity to catch-up with old friends.

I dialed BJ to hear more about the old days of the local music scene and more. Here’s an excerpt from our conversation.

You played in a band back in the 1970s with Taco Walker and Ken McNeill. What were those days like in the local music scene?

One of the Cats — Ken “Taco” Walker — goes back to the earliest bands even before I joined in the ‘70s. He was in the band called Smee. They held court at the Jolly Ox in Pembroke and Military Circle.

By the time I joined they were Smee II. I think I replaced Taco, and we started playing places at the Beach like Country Comfort, King’s Head Inn in Norfolk, and toured cross-country to Houston, Dallas, Santa Barbara and back.

Most recently, Ken McNeill, the drummer, who by the way is a singer/songwriter in his own right, has a brand new album of instrumentals based on his love of music scores. Kenny, Taco and myself, along with the late Donny Z, and Michael Fairchild — and some other various people — we gathered (and performed) under the name The Harmones. After that we would re-gather under different names such as The Bee Jays.

Did you guys perform originals or mostly covers back in those days?

We did mostly covers.

In fact, when I joined Smee II back in the late ‘70s at Country Comfort the reason I enjoyed playing with them so much is they were tackling these medleys. I had never heard a band doing side two of “Abbey Road” before. It was one of our showcase pieces. Or medleys of Steely Dan and Moody Blues.

We did quite a lengthy medley of the rock opera “Tommy” by The Who.

We did eventually get into the studio and record some originals, which we did play from time to time.

Back then people liked to come in and hear a band basically recreate the record.

Legal drinking age was 18 in the late 1970s. It was pre-Internet. People went out to experience live music on a frequent basis. What was it like from your perspective?

There was something special about those times, I think. There wasn’t whole lot of other technical distractions. We had a feeling of community.

When an album came out people would buy it at the store, and then we’d rush right back home. It was almost like a ritual — sit down between two big speakers and actually pay attention for 45 minutes and listen to the album.

Virginia Beach, as I remember it in the mid to late ‘70s, had an originality. There was, you know, a kind of grittiness in certain areas.

I remember, on breaks at the Country Comfort, being able to walk up and down Atlantic Avenue, Pacific Avenue, 17th Street, and you would hear live music pouring out from every other venue.

Sometimes there was no cover (charge). Usually the cover was as much as two or three dollars…people would kind of balk at that.

Clubs such as The Crystal, Fire Escape…there were fabulous bands that played — Juble, Bubit. There was more attention paid.

All I can do is compare it to what’s going on now. Music now seems to be more of a background activity. Believe it or not it’s everywhere, but it’s everywhere in places I’d rather not be.

While playing in local Virginia Beach cover bands at some point you became a composer of theme music. How did a keyboardist covering the Moody Blues score a songwriting deal with NPR in 1979?

I was doing jingles before I started played in a band. I wrote the first version of “Morning Edition” in 1978.

NPR had just gone through this horrible phase trying to write, put-on a new morning news show. They had sent out pilot episodes to all the member stations. It was on tape. That’s how it was done then — before satellites and stuff.

Every station that received these pilots said that they hated it and would not air it.

A great round of firings took place and they quickly had to come up with a new plan for the show. The new producer was Jim Russell.

I was at American University in DC. I got the call from a good friend of mine, Skip Pizzi, who was the head of the engineering department. I had given Skip a demo cassette of my jingles, and he gave it to Jim Russell. Jim Russell, knowing he needed a theme, came to Skip Pizzi and said, “Get me BJ Leiderman.”

During spring break at my mom and dad’s house on my mom’s old Baldwin Acrosonic Spinet piano, I banged out the melody for “Morning Edition.”

Then I went over to Taco’s house. He had sort of a shed in his backyard with a 4-track reel-to-reel tape recorder and a really cheesy Crumar Orchestrator. It was before real synths came out. It did horns and strings.

I did a four-track demo and it seems that I nailed it. That’s when it all started.

The bands were in-between. After Smee II, in 1980, we put together another band with some of the original cats and called it the Joe Band and we based ourselves in Atlanta.

What are we likely to hear from The Intangible Cats in Virginia Beach when you join the band for the night?

I’m fitting myself into some of the songs the Intangible Cats already play. There’s going to be Steely Dan, Jackson Browne, Beatles…anyone who remembers any of the band will be halfway pleased when they come by. We even have some surprises.

For the 50th anniversary of Abbey Road, the Beatles released a new remixed version of their swan song effort. I’m wondering if you’ve heard it and if so what do you think?

Heard it? Oh my god, I preordered it on Apple Music.

What I’m hearing is being streamed on my iPhone into my headset. I know it’s not as good as if I had a decent sound system to play the Dolby 5.1 Surround version.

Listening to what I’m listening to I can tell two things right away. And I read a lot of interviews where Giles (Martin) said “this is the hardest album I’ve had to remix” because it was so sparse.

Just listen to one song and you’ll see the work he did. List to “Come Together.” I don’t know if many people know this, but for the entire length of all the Beatle albums Ringo’s drum set was recorded to one track, meaning there was no stereo panning until his last song on “Abbey Road,” which was his drum solo song called “The End.”

If you sit between two speakers or have a decent headset on you can hear suddenly his drum set takes on this beautiful stereo spread from left to right.

But on “Come Together,” he just has one track. What Giles Martin did was he cut apart every single drum beat that Ringo made on that song and created a stereo track for him.  He had to make some interesting artistic decisions.

One of his quotes relays the idea that he wanted to put to rest the story that at this time they (The Beatles) were at each other’s throats and weren’t speaking to each other. In reality, and the surviving Beatles will tell you this, with that album they got back together and played as a band in the studio for the rhythm tracks.

Giles wanted to recreate that feeling of a band playing together in a room. Man, you can feel Ringo’s kick-drum in your chest. It is a masterpiece, I think.