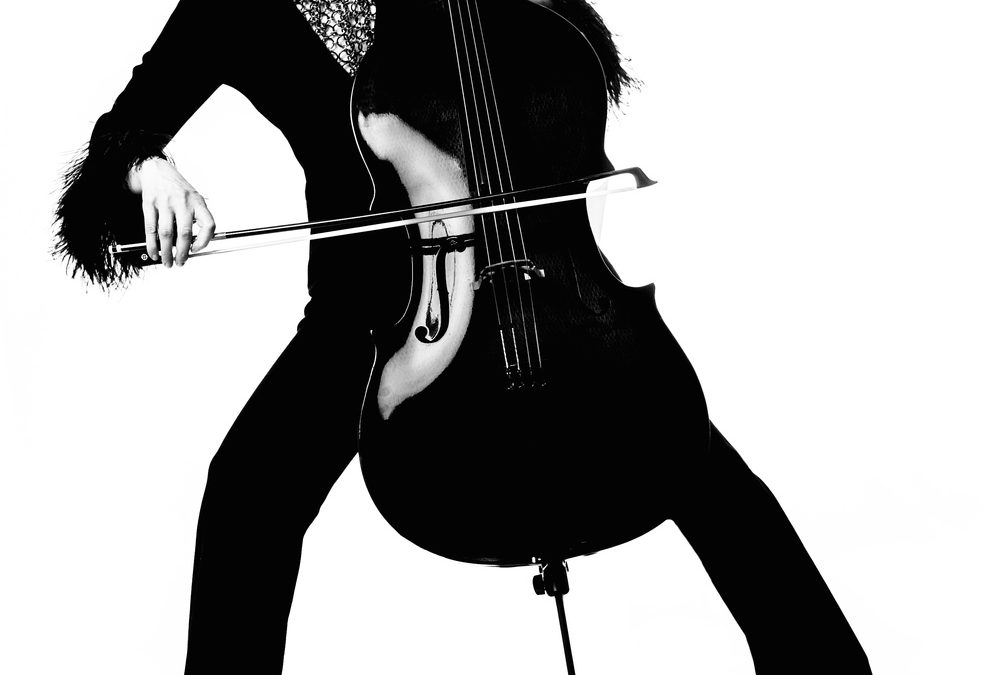 Sandler Center for the Performing Arts is going big on the Baroque music of Johann Sebastian Bach this season, and the next few weeks are certainly a highlight with three unique performances and a collaboration beer to celebrate the occasion.

The Bach biggie here is the Bach Cello Suites Festival, technically making its world premiere October 23 in Virginia Beach before touring the world. Cellist Stephanie Winters is the creative force behind the “festival.” She calls the Sandler performance a “sneak peek” since its official premiere will be at Carnegie Music Hall in March 2020.

The six Bach solo cello suites are thought to have been composed between 1717-23 in Kothem, Germany. They are also considered to be some of the most profound works in all of classical music.

For the Cello Suites Festival, Stephanie Winters wanted to pay homage to the traditional as well as bring fresh, innovative interpretations. Six separate cellists are featured.

“The order of the show is to create an interesting experience for the audience that they’ve never had before,” said Winters by phone from Denmark.

Stephanie Winters, herself, will close the first half of the concert with a recital of Suite No. 5 in C minor. She’ll be paired with Swedish dancer Julia Bengtsson, who is a member of the New York Baroque Dance Company and has graced the stages of Carnegie Hall, Lincoln Center, and Alvin Ailey Dance Center.

After a brief intermission, the remain solo cello suites will shape-shift like never before from the traditional versions.

“The three alternative versions are making their debut at the Sandler Center,” Winters said. “We wanted to make it a one-of-a-kind experience of this music.”

Suite No. 1 in G major will be performed by award-winning cellist Stephen Katz. Katz brings a truly unique theatrical style injecting voice and physical movement. Winters purposely selected the more familiar music for innovative interpretations such as this.

“The first suite is the most famous and probably the prelude of the first suite is the most famous movement of the entire collection of suites,” she said. “We felt doing something innovative with that suite would be interesting because people would have a frame of reference. They will have heard it. It’s been in television commercials. It has a wonderful familiarity that gave us a license to explore it in a new way.”

“They’ve been working for months to bring this very innovative idea to fruition,” said Winters. “Jody will be playing cello and using her voice for added harmonic color.”

The Bach Cello Suites Festival will conclude with Grammy-winning cellist Sara Sant’Ambrogio performing Suite No. 6 in D major. Though composed for a five-string cello, she’ll play it on a four-stringed instrument.

“When you play it on four strings it becomes a technically demanding piece,” said Winters.

Winters believes the music of Bach is more widely appreciated today than in his time. In fact, the six solo cello suites were rarely performed in public until the early 20th century.

Speaking of these modern times, the community orchestra Symphonicity has synched-up with the Sandler’s Bach programming with a yearlong series they call “Bach to the Future.” Each thematic performance will begin with a composition of J.S. Bach.

They’ll give Prelude and Fugue in D minor by Bach a new spin on October 13. The performance will include a premiere performance of a new work by Polo Piatti featuring pianist Thomas Pandolfi.

Symphonicity will celebrate its 40th anniversary next season. The Bach theme in this 39th season seemed an appropriate prelude to Symphonicity music director and conductor Daniel W. Boothe.

“As we’re moving toward the future it got me thinking about all of the cool things about Western music and the things we’ve played over 38 years, Johann Sebastian Bach really is the foundation of it all,” said Boothe. “Some people say he is the best composer, but I think it’s more important to say he is the most significant composer. Everything that has happened since Bach — and not just the classical music whether Mahler or Beethoven but also the rock, pop and jazz music — everyone owes a special tribute to Bach because without Bach we wouldn’t have the language of the Western music sphere.”

To Boothe’s point, Symphonicity’s November 17 performance “Bach to the Future: Timeless Threads” will feature the orchestrated arrangement of Bach’s Fantasia and Fugue in C minor, an innovative medley of operatic and Beatles favorites by Puccini, Delibes, Gershwin, followed by Grofé’s Grand Canyon Suite. Yanni’s violinist Lindsay Deutsch will perform with Symphonicity on the Bach portion.

Now, about that beer.

As it turns out, Daniel Boothe attended high school with Dave Warwick, the award-winning head brewer of Three Notch’d Brewing Company in Charlottesville. The two reconnected thanks to social media and discussed a collaboration. The brewer often collaborates with community organizations.

Warwick decided on a German-style altbier and called it Bachtoberfest. The canned beverage is a limited release and will be sold at the Sandler Center before and during intermission of the Bach related performances.

Bach to the Future: Timeless Threads