US Bonds Brings His Story Back to Norfolk 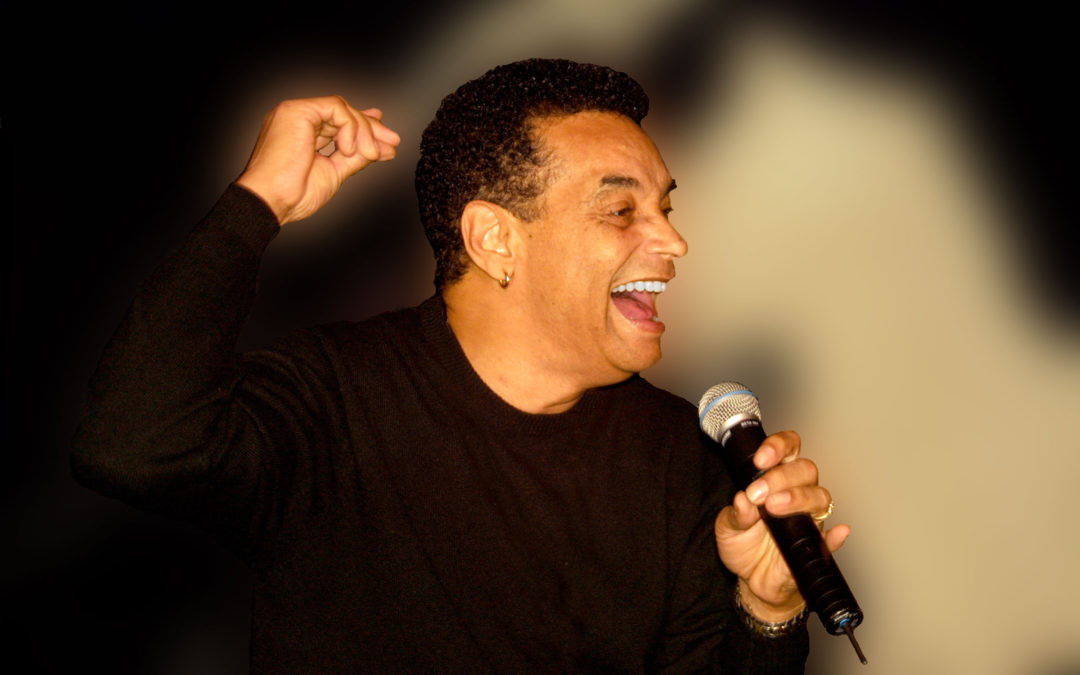 In a 2013 released autobiography titled “By US Bonds: That’s My Story,” singer Gary US Bonds shared insights about his life as a young recording star from Norfolk, Virginia, the creation of the Norfolk Sound, family life, his up-and-down music career, and his friendship and collaboration with Bruce Springsteen & the E Street Band.

Born Gary Anderson, he was discovered as a street performer along Church Street by Frank Guida, a local record store owner who decided to build a recording studio and start a label called Legrand. The recording quality was a little raunchy and had a slight echo. Guitarist Steven Van Zandt, who wrote the forward in the Bonds’ book, describes the vibe as the beginning of garage rock. At first, disc jockeys across the nation refused to play US Bonds’ debut, but that all changed once Dick Clark aired it on American Bandstand.

Gary US Bonds scored an immediate hit with “New Orleans” in 1960 and followed it up with Billboard Top 10 singles “Quarter to Three” and “School is Out” in 1961.

A contract dispute between Guida and Bonds kept the singer out of the recording studio for two decades, until he was free to make records again. And did he ever? A collaboration with his new pals Bruce Springsteen and Van Zandt had Bonds charting again in 1981 with “This Little Girl” and in 1982 with “Out of Work.”

Gary US Bonds, who visits friends in Norfolk a few times each year, will return on August 11 for a free concert as part of the Church Street Celebration at the Attucks Theatre.

In advance of his show, I called him to learn more about his career.

Very scary. We had some rough times down there but we managed to get through it. Not only Norfolk, but a lot of the places down South.

How about the Church Street music scene of the ‘50s?

Virginia Beach, of course, was jumping.

Norfolk was still segregated at the time. What challenges did you encounter?

The challenges that every minority had to put up with down there at the time, even though it wasn’t that bad for me, especially in Virginia Beach. I would go down there and just hang out, and they accepted me for some reason. Virginia Beach had a lot of stuff going on in the summertime. Norfolk just basically had Granby Street and Church Street.

How did you and Frank Guida meet?

Guida had a record store there called Frankie’s Got It. On his way back and forth to his record shop he used to stop by and see us guys as the Turks, as we used to call ourselves, just hanging out on the corner and singing. He would stop and listen to us. He became interested in us and said, “One day I’m going to open a recording studio and I would like for you guys to come and record.” And sure enough, two years later, he did. He opened Norfolk Recording.

He asked us to record but the only problem was I was the only one left. The others had gone into the service or just moved out of town.

Of course, I agreed and we went in and recorded “New Orleans.” It was a big hit for me.

It sure was. Being a young man from Norfolk in 1960, how did having a national hit single affect your life?

Personally, it was great even though I didn’t know what was going on because Norfolk wasn’t exactly New York or Chicago or LA. So we didn’t know the intricacies of the music business. We knew it was fun and attracted girls. That was all we were interested in back then.

“Quarter to Three” was your follow-up single and that was a #1 hit. You established what was called the Norfolk Sound, which was that echo-effect sound from Guida’s recording studio. What did you think of the sound quality of the recordings?

I didn’t know the difference. When we first put out “New Orleans” the DJs around the country would not play it. Only Jack Holmes at that time would play it. They said the sound was inferior. Up until we took it to Philadelphia to meet with Dick Clark and he put it on American Bandstand, all of a sudden they loved it after that. As soon as Dick Clark played it they became aware that it was a great sound. 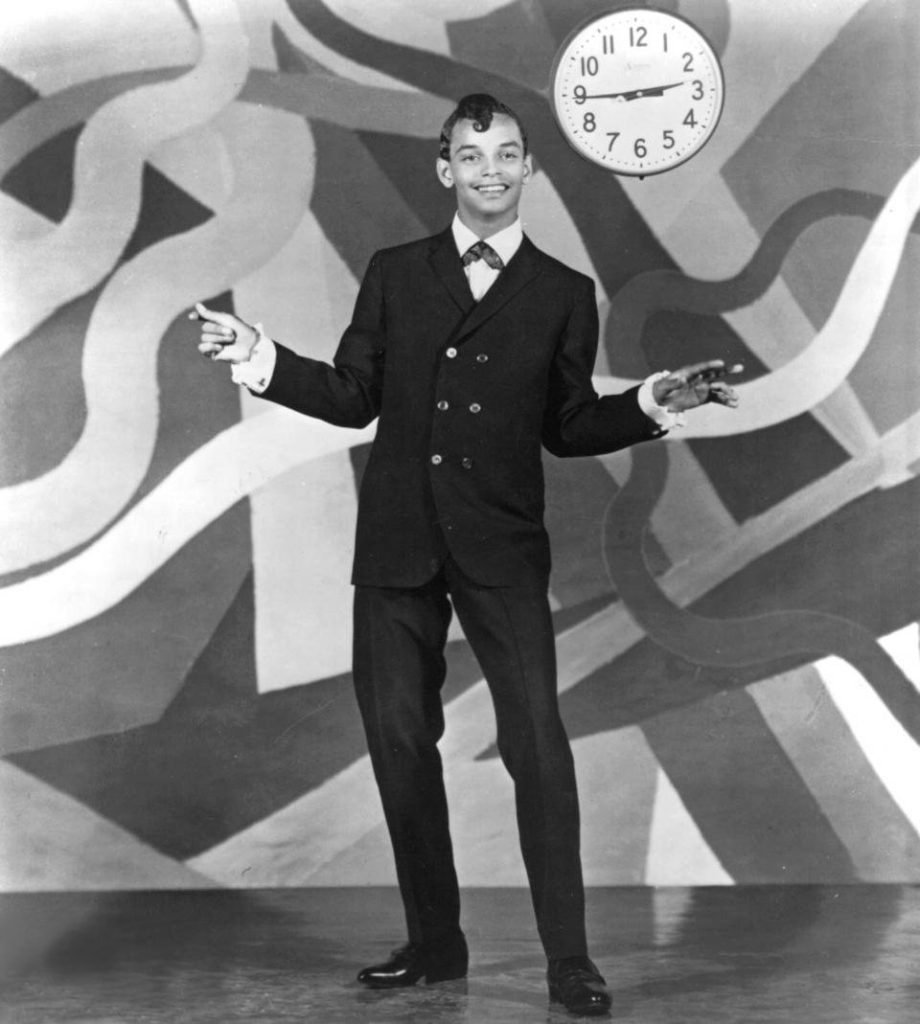 (Gary US Bonds was an early rock n roll hitmaker)

Other Norfolk recording artists like General Norman Johnson and Gene Vincent & His Blue Caps were all breaking nationally during that period. How much interaction did you have with them?

General Johnson was with Noah Biggs, which was the next block down. I knew all those guys. We used to sing together and did a lot of the sock-hops and talent shows. We’d do the talent shows and they would always come in first and we would come in second. I figured out why: they knew how to dance and we didn’t. It was a great rivalry, but we all loved each other.

British musicians like John Lennon and Paul McCartney of the Beatles were very much influenced by what was coming out of Norfolk. Can you speak to that?

Yeah, they really loved that music. They never got a chance to get into what is called the doo-whop. It was only around my time that they finally got into regular singing. They really jumped on that rock ‘n’ roll thing. It took them a couple of years but they finally got it together and kicked our butt.

You had great success from 1960-61 and then there was a 20 year lull until your comeback hits. How was going on in your career during the mid-60s through late ‘70s?

I was still signed with Legrand Records and Frank Guida. I wasn’t happy there. He didn’t want to give me a release. In fact, he didn’t give me a release. So I just didn’t (record) anything. I went out on my own and toured the country with what I had and made the best of it. We did have some interesting shows to put on and we just did that.

Did you harbor resentment towards Guida for essentially putting your recording career on hold for 20 years?

Not at all. I don’t harbor resentment. It takes up too much time. Now I’m recording again and having a great time. I never lost any money on it.

Tell us about your comeback hits “This Little Girl” and “Out of Work,” and the collaboration with Bruce Springsteen and Steven Van Zandt?

That was really cool. Springsteen and Van Zandt are super talented guys. The whole E Street Band is phenomenal. Working with them was such a comfortable situation. We were doing things that I really enjoyed, and songs that I enjoyed – creatively and having a great time on the road. It put a spark in my butt, that’s for sure.

What do you hope people will learn from your 2013 autobiography, “By Us Bonds: That’s My Story”?

Just to know some of the things I went through and get rid of some of the myths that were put out there. And just to know I have no resentment of anybody. I love my life and I love rock ‘n’ roll.

What do you consider the greatest myth to be dispelled?

Everybody was talking about how bitter I was. I was never bitter. I was making a lot of money – still do. So it didn’t bother me. I think bitterness in a lot of cases comes from not having money. I have listened to a lot of the groups that have been cheated and robbed, and all they talked about was the money part. Money doesn’t define me.