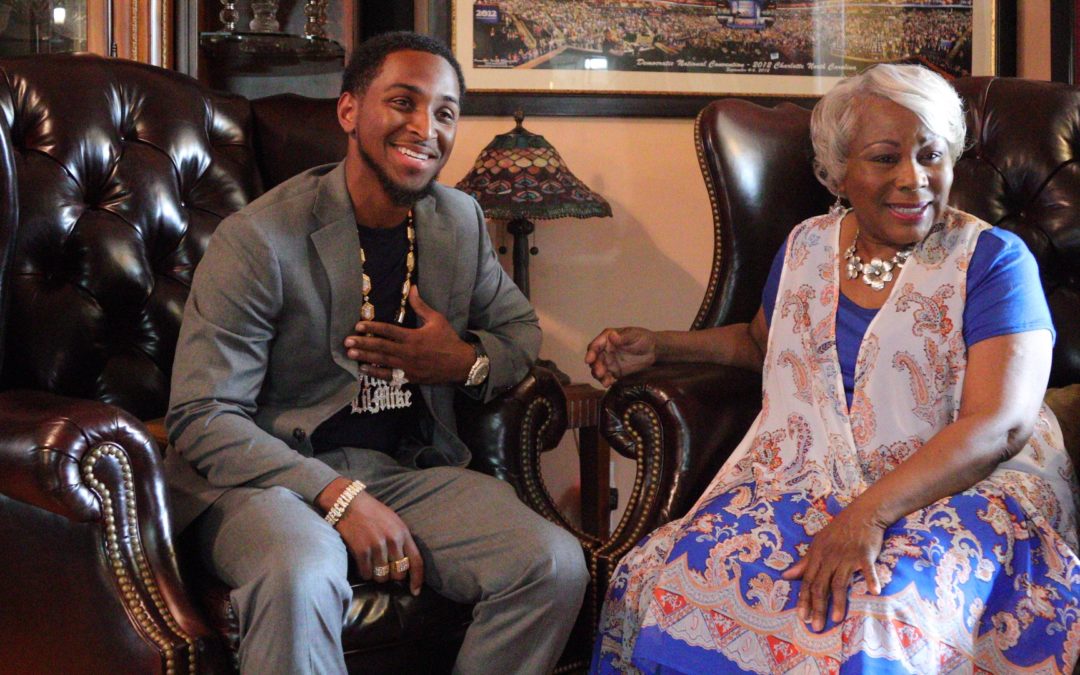 For 26-year old Michael Britt of Virginia Beach, this scenario does not have to be imagined because it is his reality. Michael Britt was sentenced to two probations in two Hampton Roads cities after taking responsibility for marijuana-related chargers. While on probation, Mr. Britt worked diligently to not only avoid trouble with the law but also to build his public profile and business profile in the entertainment industry and real estate development. While most would look at the transformation and reform that Mr. Britt represents as a positive, it is unfortunate that the Virginia probation system, of which nearly 60,000 Virginians are monitored, regards him more as a case-file than as a human being desirous of another opportunity. The horror stories associated with the Virginia probation system are so egregious that many elected legislators intend to make it apart of their upcoming 2020 legislative session under the banner of Criminal Justice Reform.

The story of Michael Britt is one that deserves telling because of its uniqueness in regards to reform and once in a lifetime opportunities missed as a result of the stringent terms that are dictated usually at the discretion of a probation officer. In the three and a half years since Mr. Britt has been on probation, he has earned the attention of many notable personalities and celebrities because of his unique skill set in the area of marketing and promotions. These skills have provided Mr. Britt with opportunities to engage with and work for some of the biggest names in the entertainment and real estate industry. Some of the notable names Mr. Britt has worked with and has been offered opportunities of further employment are as follows: Pusha T, P. Diddy, Busta Rhymes, Justin Combs, Ana Montana, James Smith, Lil’ Twist, Special Ent, OT Genasis, PJ KEV, Rafaello the Jeweler  Christian Combs, Kai Cash, Bet’s own hustle in Brooklyn stars Santos and Azia, Master P, Yung Joc and Mr. Greg Parker of National Real Estate Development Influence.

Unfortunately, because of the strict and repressive rules paired with the far-reaching and intrusive authority of probation personnel and State prosecutors, Mr. Britt has had to pass on these once in a lifetime opportunities. The unfortunate reality of probation for many is an extremely difficult set of rules and regulations that often result in violations or more commonly technical violations. A technical violation of probation is any action considered as misbehavior by a person under supervision that is not by itself a criminal offense and generally does not result in arrest. Failing to report for a scheduled office visit, missing a curfew, lack of employment or attendance at school, testing positive for drug or alcohol use, or contacting a victim or co-defendant) are examples of actions that can be considered violations. The fact is that persons on probation and parole in Virginia are more likely to be incarcerated due to technical violations than for committing a new crime thus continuing a system of criminalization as oppose to reform.

According to the Justice Policy Institute, Virginia has the 8th highest incarceration rate in the U.S. holding 1 out of every adult Virginians. In 1995, Virginia eradicated parole and introduced a “truth in-sentencing” system that necessitates all state inmate to complete at least 85% of their sentence triggering a sharp increase of incarcerated individuals. This over-incarceration produced long-lasting consequences to taxpayers and communities. In 2008, for instance, the estimated budget for operating the Virginia’s jails was $798 million. Two years later in 2010, the state prison budget in $748.6 million that representations an approximate annual expense of more than $1.5 billion for incarceration in Virginia. A recent study by The Vera Institute of Justice found that, of the forty participating states, Virginia had the 17th highest correctional budget with an average daily with a prison population of 29, 792 persons. The state spends an estimate $25, 129 per inmate per year. Based on these numbers, the estimated cost per taxpayer is $151 per year. As of January 2018, Virginia has the 37th lowest incarceration rate in the country with a rate of 448 per 100,000 people sentenced to a year or more behind bars. Virginia has total of 37,813 people in state prisons while having 60,000 people on probation.

Finding himself trapped in a racially biased and outdated system of political and legal underpinnings, Michael Britt reached out to me because of my social justice background. My advice was to take greater interest into the law and politics and to use his voice and platform to bring reform just like we see or brothers Meek Mill, Jay-Z and Van Jones doing. Out of that conversation, we formed Reform Virginia Now. Reform Virginia Now is a movement that seeks to engage citizens, elected officials, inmates, and persons on probation and parole in discussions aimed at reforming the criminal justice system of Virginia. Areas of reform include incarceration, probation, parole, and the bail/bond system.  We also aim to increase awareness and engagement of the process by which judges are appointed in Virginia.

Research data and the loss of quality of life for untold thousands of affected persons has determined it necessary to engage in the fight for criminal justice reform in Virginia as a result of archaic laws that have separated families, caused tremendous financial burdens on taxpayers, and wasted human potential. It should be understandable that most mistakes should not result in a lifetime of punishment. Intelligent people everywhere find it necessary to develop strategies to integrate rehabilitated persons back into society absent the labels of their past transgressions. It is important to note that all 100 seats in the Virginia House of Delegates are up for election this November which provides opportunity to impact and influence legislative agendas going forward. This provides the perfect time and opportunity for affected persons to get engaged and take hold of their own futures in the process to Reform Virginia Now.

Michael Muhammad is a community activist. He lives in Norfolk.