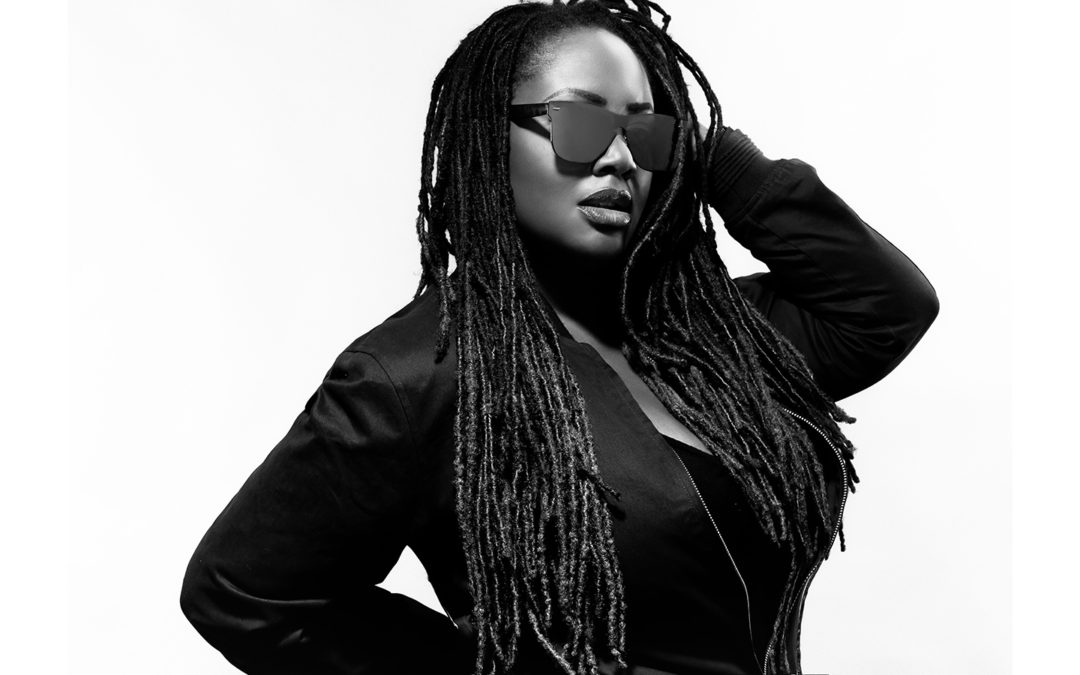 It takes less than 5 minutes for me to become pleasantly surprised by information shared by singer/songwriter Lalah Hathaway during a substantial and quite enjoyable, lengthy phone conversation with her, earlier this week. Shortly after her publicist puts her on the line, I inquire about where the Berklee College of Music graduate now considers home.

A Chicago native, the highly successful recording artist lives in Los Angeles of course, and has lived in the entertainment industry’s epicenter for many, many years now. What’s surprising to learn is that her mother is not only from Danville, Virginia, but that she currently lives in Virginia Beach. Much of the maternal side of Lalah’s family lives in parts of Virginia, including Norfolk, Suffolk and Richmond. So when Lalah Hathaway, the eldest daughter of the late soul music icon, Donny Hathaway, headlines a concert at Norfolk’s historic Attucks Theatre in July―she will be returning to her significantly familial roots.

“First of all, it’s home,” she says, when asked what she’s looking forward to the most about playing the Attucks. “So I’m glad to get home. The fact that this is such a piece of history for us—that is a source of pride for me. So I’m really excited about getting there and seeing what it’s like.” This will be Lalah’s first time at the Attucks, which celebrates its centennial this year, though she’s performed in the 757 prior, including as part of last year’s Hampton Jazz Festival lineup.

Unlike that Hampton gig though, this Attucks Theatre show is all Lalah…and as such, she’s bringing the full band, which will likely include her deejay. “We really try to put on what feels like a nice, big show,” she says later.  “I try to do as much material from the last 30 years as I can.”

That celebrated material has won the expressive contralto singer an impressive 5 Grammys, plenty of charted singles and albums on the Billboard charts since the release of her self-titled 1990 debut on Virgin Records, and a passionate global fan base who support her regardless of current day music trends and popular tastes.  I tell Lalah that I need to hear “Forever, for Always, for Love,” the Luther Vandross classic that she covered so well—when she performs here in Norfolk, as well as “Angel,” the Anita Baker classic that Lalah’s live version of was a hit on the R&B charts.

“There are some songs that we cannot get out of the building without playing,” says Lalah, jokingly of course. “Those are among them.” She says that this tour, which will include a couple nights at The Birchmere in Alexandria, is in support “of all of my albums.” There will of course be a song or two pulled from her last album, 2017’s forward-looking Honestly, which earned her additional Grammy nominations. Note: At the 61st Annual Grammy Awards, Lalah Hathaway received nominations for “YOY” (Best R&B Performance), “Made for Love” (Best Traditional R&B Performance) and Honestly (Best R&B Album).

Much of Lalah Hathaway’s career has been distinguished by her broad range of musical collaborations over the years. Besides the collective success of her 7 studio albums and one high charting and Grammy-winning live album, the soul musician has appeared on celebrated projects by Marcus Miller, Grover Washington Jr., Meshell Ndegeocello, Donald Lawrence, Robert Glasper and Kendrick Lamar, amongst so many others. This eclectic range of black-rooted music—journeying from gospel and jazz to R&B and hip-hop, occupying each musical space with committed ease, has helped Lalah escape easy classification over her three decades of relevancy.

Indeed she does. And yet it seems that her high level of artistry, as well as the artistry of comparably talented peers, is of less interest to the broader music industry, and popular music consumers, than ever before. Adult R&B, grown folks hip-hop, and jazz music, have lost a considerable amount of their respective platforms, which unfortunately limits their reach in this streaming heaving mode of consumption. None of this though, causes Lalah to lose faith in what she can still accomplish in today’s music industry.

“I’m always optimistic about what can happen. And even on days when I feel sad about the state of the music business. And feel sad about how artists are treated in the world at large, particularly here in this country…and the way arts, and particularly black arts, are marginalized constantly—I do wake up every day, and feel inspired to create,” she says.

Lalah’s success in music is a testament to both her hard work and musical talents. As one of the daughters of the great Donny Hathaway, who passed away in 1979 at the young age of 33, most people would imagine that she would be blessed with a considerable singing voice. However, few could have predicted that Lalah would carve out such an impressive place of her own in modern music, over these many years in the business. Lalah’s excellent cover of her father’s classic, “Little Ghetto Boy,” won her a 2016 Grammy Award for Best Traditional R&B performance.

“I am perfectly fine with the notion that my legacy is tied to his, because he is, in my mind, was and is the greatest singer that ever lived, soul or otherwise…I don’t have to do anything outside of what is natural for me to do, because I come from that,” she tells me, towards the end of our conversation. “I come from greatness.”