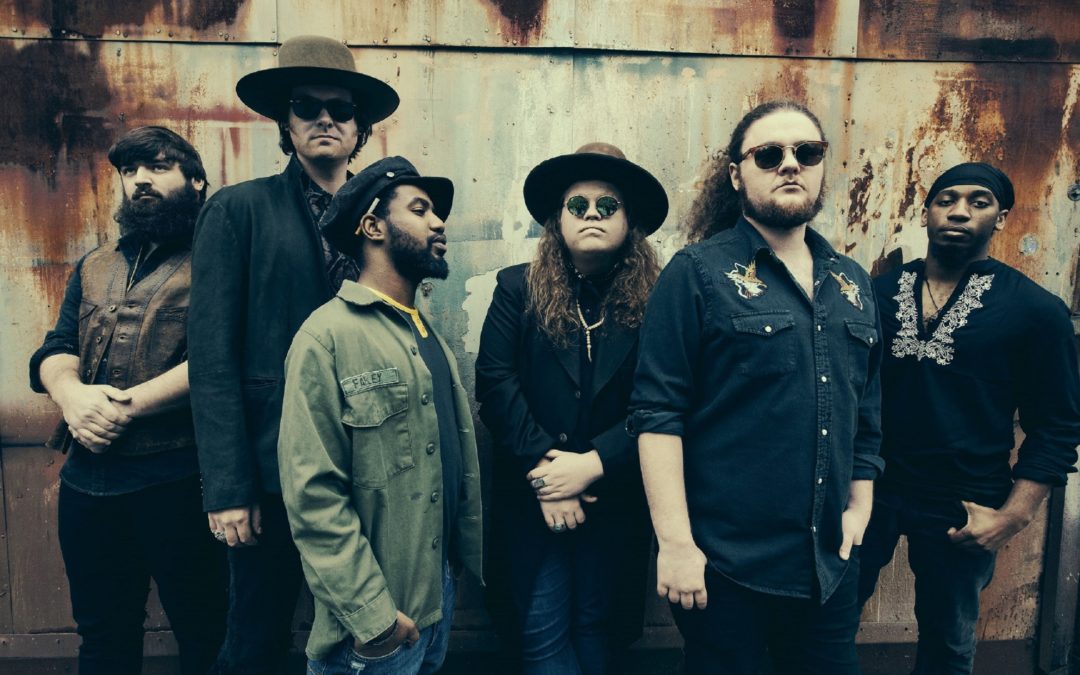 In talking with guitarist/singer Marcus King, it doesn’t take long to realize his heart, soul and head are all in the right place.

King learned to play guitar by watching his father, bluesman Marvin King, and absorbing the music he heard on record albums as a youngster in Greenville, SC.

All three albums ranked high in the Top 10 Billboard Blues Album Chart. “Carolina Confessions” garnered praise from critics with NPR Music calling it “tenacious and vulnerable” and Noisey proclaiming “the record is astounding and triumphant, a gut-punch and a nut-kick.”

To learn more about how this impressive 20-something musician has managed to put it all together, I called Marcus King at his home in Nashville for the following interview.

VEER: Rolling Stone magazine described you as having the voice of Gregg Allman and the guitar prowess of Duane Allman — the Allman Brothers all in one person. How do you feel about that comparison?

Marcus King: I think it’s a lot to digest for me. It’s a tough one to live-up to but it’s very flattering and very kind of them to say.

I absolutely have such tremendous respect and continue to be in such awe of both of those players. I was spoon-fed their music growing up so it’s a very humbling comparison for me, and something I’m going to try my damndest to live up to.

VEER: Do you remember as a kid what it was like growing up in a family of musicians from multiple generations?

Marcus King: It was a beautiful thing, man. I had a family that loved to play music and supported me in the fact that I wanted to play music. It’s a hard industry to get into. It can take a toll on you physically and mentally.

Everybody wants their kid to go be a doctor or a lawyer, but I guess my family figured it was enough. They supported me and I learned from them.

Unbeknownst to me they were using music to heal themselves. It was a way to escape from the mundane, everyday.

We never said it to each other, but I think we’re on the same page there.

VEER: Many of the videos and photos of you show a Gibson Les Paul strapped around your neck. I’m wondering if your dad played a Les Paul and what your first guitar was.

Marcus King: I must have been about four of five years old, and it was my father’s Epiphone El Dorado. I just snuck in and opened up the case just to hear it resonate when he went to work. That’s the first memory of a guitar I have.

From there, it was my grandfather’s 345 that he named “Big Red.” My father always played an SG that I called “Little Red.” Those two guitars were prominent figures in my early development.  Also in the mix was a Les Paul Deluxe from the early ‘70s that I play now.

Another prominent one was my father’s ’64 Strat. It’s a black Strat that I just fell in love with. It had a yellow pick-guard that was originally white but had been in smoky bars for 40 years.

The first guitar that was mine — that my dad gave me — was a miniature Les Paul. So to answer your question, the Les Paul is very sentimental to me.

VEER: You mentioned being spoon-fed Allman Brothers music early on. What was it about their music that hooked you? Was it the live at Fillmore album or the studio recordings? I ask because your studio recordings have a very live sound to them.

Marcus King: The thing about the Allman Brothers Band that I’ve taken into my approach to music is they always were live. Even in the studio they had that live sound because that’s how they would cut it.

The first album that I had and I would spend everyday taking the needle off and try to learn what I had just heard was “Beginnings.” It was their first two records on one double-LP release. It has a photo on the cover of a live performance that the (Allman) Brothers did. I always thought it was a live record because it had so much energy. I was a kid, 10 years old spinning that.

Later when I found out, when I was 15, that it was just the first two records placed together it just blew my mind.

VEER: Trends come and go in American pop culture, yet the Blues and Southern rock seem to transcend these trends. Why do you think that is the case?

Marcus King: I think anything that’s real is going to stick around for awhile. Anything that comes from a true place of creation; something like Muddy Waters or Howlin’ Wolf. These people lived it and told the tale the only way they knew how, and it’s just a pure sound that I don’t think can really be recreated.

I’ve never really considered myself a blues artist, per se, because I don’t think we’ll ever have the real deal like it used to be. That’s just my opinion.

I think the reason that music stuck around was because it came from such a real place. Anything that’s cookie-cutter or has the wrong intensions — whether it be making money or gettin’ chicks or gettin’ a free buzz on — if it comes from that place it’s never going to be authentic. I think it’s basic human instinct to pick up on what’s real and what’s bullshit. We try to be as real as possible.

VEER: Let’s talk about your “Carolina Confessions” album. What did you want to communicate on this record?

Marcus King: This was sort of a breakup record but it was also a record that was meant to convey leaving your hometown and how difficult that may be, and how things change in your hometown when you send some time away from it. Then when you come back it’s a completely different place, and it’s kind of a cold feeling to come home and it not feel like home.

Greenville, South Carolina will always be my home and I love it, but when you leave and there are buildings everywhere it can be a strange feeling. Whether or not there are people in that town that make you feel a certain way about being there creates this hostile environment in your home.

So it’s more of a breakup album with your hometown.

There’s also another story involved about accepting some responsibility in the aftermath of a breakup, and not just pointing the finger but accepting some of the blame as to why some things may have gone to shit — to use a poor term.

VEER: Thomas Wolfe’s novel “You Can’t Go Home Again,” about his childhood home of Asheville, touches on that very subject. Is that what you communicated specifically on the song “Goodbye Carolina”?

Marcus King: Well “Goodbye Carolina,” yeah, it was a parallel storyline. A good friend of mine who lived in the Carolinas committed suicide a couple of years ago. He was a songwriter.

One afternoon I was in France in a hotel room and I was in the middle of writing this record. I was in a really strange place because I was getting ready to go on a big tour with Chris Robinson. I had all these songs to learn and I had a record I needed to write so we could cut the record before I did this tour. I was really stressed. I had all but finished the record, and this tune came to me in the afternoon — the chorus “Goodbye Carolina.” After that my memory is fuzzy. I got up to sit at the little desk that you have in your hotel room there and I remember seeing an apparition of my good friend. I often feel he wrote the song with me as a conduit.

It’s also a story about leaving your hometown to find greener pastures and how hard it can be.

VEER: Another excellent song on your recent album is “Homesick.” Do you still feel homesick for Greenville?

Marcus King: I do, often, and I find it more about people. I feel people can make you feel homesick.

I wrote that song about my girlfriend — my Virginia girl. I wrote that about her because of something we always say to each other: “Home is wherever I’m with you.”