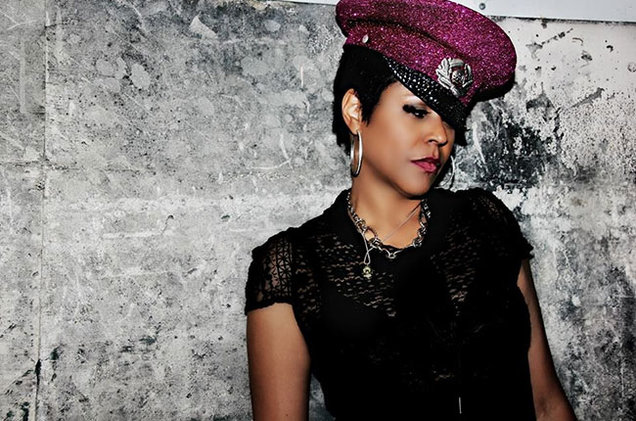 Typically my columns on Hampton Road Pride’s PrideFest events have been published the same month in which the events have taken place.   The downside has been that many readers may not pick up their copy of VEER when it first hits the newsstands and, as a result, may miss out on the every growing Hampton Roads Pride celebration. Hence, the publishing this column in May rather than waiting until June. For new readers, Hampton Roads Pride’s mission is to unite the LGBT and allied communities in support of inclusion, dignity and equality of all people through nurturing and celebration of LGBT organizations, institutions and culture; by promoting strong community partnerships; and by increasing public affirmation of LGBT individuals through education, advocacy and outreach.

While LGBT Americans have seen huge strides made over the last decade, including the right to marry same-sex spouses, much work still needs to be done. Here in Virginia, thanks to Republican obstructionists in the House of Delegates, LGBT Virginians continue to find themselves without any non-discrimination protections in the spheres of employment, housing and public accommodation. Worse yet, on the same day that I am finalizing this column, the Trump/Pence regime has announced the release of a new regulation that allows medical professionals and organizations that receive federal funds to refuse service to anyone if they claim serving that person would violate their “deeply-held religious beliefs.”  The number one target of the regulation is the LGBT community, although others will likely also find themselves rejected by healthcare providers claiming to work at organizations that receive federal taxpayer funding.  Sadly, for now, people with such mindsets are now exempt from the non-discrimination laws that govern the rest of us.

Under this cloud of a license to discriminate afforded to the few, Pride Month (the month of June each year) and Pride events can offer some who remain in the closet due to fears of job loss if their “secret” is discovered a brief opportunity to join their community under HR Pride’s promotional theme of “open to all.” For allies and potential allies, Pride events are an opportunity for learning and a chance to rebut negative stereotypes disseminated by enemies of equality inasmuch as Pride observances provide a reminder to all outside and within the LGBT community of our relationship with police, larger society, and the laws that historically aimed to dehumanize and/or criminalize us.

This year, with a theme of “Live Your Best Pride,” PrideFest has grown to involve events that truly encompass an entire week. In 2003 – my first Pride event – the event involved a few hundred people tucked away out of sight in a city park.  Now, PrideFest is second only to Harbor Fest in terms of Norfolk’s festival events in Town Point Park.

Presenting sponsors for this year’s event will again include Decorum Furniture, Newport News Shipbuilding (“NNS”), WHRO-TV and the City of Norfolk.  As noted in a prior column, several years ago, the City of Norfolk came to realize that Hampton Roads Pride and the annual PrideFest event (i) brings significant tourism from across Virginia, Washington, D.C., and parts of North Carolina to the region which translates into revenues to the City and its hotels, merchants and restaurants, and (ii) helps to make Norfolk (and the region) look more progressive and more appealing to Millennials and progressive business.  In addition to the presenting sponsors, numerous banks, insurance companies, businesses and individuals (including my husband and myself) all pledged funds to support the 2019 Pride event.

This year’s music headliner will be the singer JoJo, an acclaimed pop singer who in 2004 at age 13 became the youngest person ever with a # 1 hit on the Billboard charts.  She has been a devoted advocate for LGBT rights and equality.  Jojo has in the past credited the LGBT community with “saving her life” and she has used her celebrity status to raise funds for suicide prevention organizations like The Trevor Project and Trans Lifeline and has included LGBT individuals in her music videos.   She has headlined Phoenix Pride and San Diego Pride, and should provide a great experience to PrideFest attendees.  The other headliner will be Crystal Waters, the Focus on 90s dance diva… Her hits include “Gypsy Woman (She’s Homeless)” and “100 Percent Pure Love.”  She has recently headlined Orlando Pride, Denver Pride, Louisville Pride, Queens Pride, and Hartford Pride.

As grand marshal, for 2019, PrideFest is welcoming Virginia Beach native Angela Hucles, a two-time Olympic Gold Medalist and two-time World Cup Bronze Medalist for the U.S. Women’s National Team.  Angela Hucles played college soccer at the University of Virginia (1996-1999) where she was a four-year all-ACC player. She currently holds the record at UVA for most overall goals, game-winning goals and total points. In her last year, she was listed as a finalist for the prestigious MAC Hermann Trophy. She is a regular speaker on topics of sports leadership, equality, inclusion & safe spaces, anti-bullying, and the power of sport and its impact on personal growth and development.  Born and raised in Virginia Beach, Hucles currently resides in Los Angeles, California with her wife, Meg and son, Huntley.  She is currently a sports analyst FOX Sports.

As noted above, PrideFest 2019 in Hampton Roads is much, much more than a single afternoon party in Town Point Park and has grown to a truly week-long event with venues scattered around Hampton Roads.  The following is a review of some of the varying events and venues which build in size and excitement as the week progresses.

Monday, June 17 – Ghent Pride – Party at the Palace Shops (6PM – 10PM).  The Ghent Business Association is proud to announce and support Hampton Roads Pride with the PARTY at The Palace Shops & Station at the start of Pride week.  Decorum Furniture and The Palace Shops & Station is partnering with the Ghent Business Association to bring you a party you won’t forget. Music, Beer, Wine, Signature Cocktails, and tasty food from local Restaurants.  Cover charge: $10.00. Ticket sales for the Ghent Pride event can be purchased at GBA website at ghentnorfolk.org

Wednesday, June 19 – Pride Party on the Peninsula (6PM – 8PM). Party with Pride at the fifth annual Pride Party on the Peninsula. The fun begins at Carousel Park in Downtown Hampton at 6:00PM. Attendees will enjoy complimentary food and beverage, as well as free rides on the historic Hampton Carousel. Later, hop aboard the Miss Hampton II for the annual Drag Down the River Boat Cruise.

Thursday, June 20 – Pride at Chrysler Museum of Art (6PM – 9PM). Explore the Museum’s galleries and special exhibitions and celebrate Pride, enjoy live music. Food will also be available at the “grab & go table” and beer, wine, and soda will be available at the cash bar.

All Tickets Purchased via Ticketmaster.  All Proceeds Benefit Hampton Roads Pride & its Mission

Saturday, June 22 – PrideFest 2019 After Party. From 6 PM to 1:30 AM at Waterside District,  celebrate LGBTQ and our allied communities to show our support of inclusion, diversity, and equality at the official after party. FREE admission.

Sunday, June 23 – First Annual Pride at the Beach at Neptune’s Park (2PM – 7PM).  A luxury, VIP, lounge experience with white linens and fabrics, couches, lounge beds, and exciting DJ. Music at the Virginia Beach Oceanfront!  Entertainment to be announced later in May 2019

Pride Week at Ocean Breeze – special rate to be offered all of Pride Week with details to follow on the HR Pride website.

It should be a truly amazing week overall.  For those who have attended Pride events in the past, I hope you do so again this year.  For others, I hope you will make a point to try something new and different this year and participate in one or more of the Pride events.  If you do, I suspect you will have a great time and get to understand the diversity and friendliness of the LGBT community and how equality for all strengthens the Hampton Roads community both socially and economically.