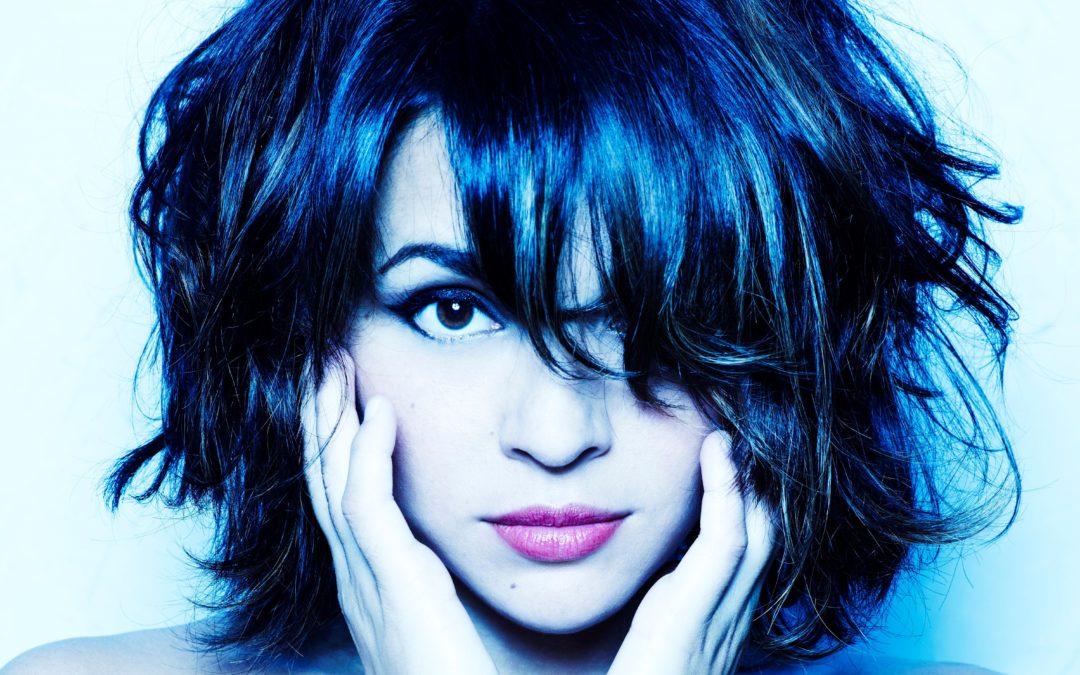 Norah Jones got to know Sharon Van Etten as a Brooklyn neighbor so when the folk rocker asked her to sing together at a May show, Jones expected “something quieter,” a stripped-down acoustic tune.

When Jones joined Van Etten on stage at Webster Hall for “Seventeen,” they dived into the rocker in full-throated Patti Smith mode. “I had no idea she was such a powerhouse rock and roll performer,” Jones says on a call from her home. “That was so out of my wheelhouse. But it was so fun and inspiring. It got me amped up.”

Jones has been amped up about challenging herself and exploring unexpected collaborations in recent years. Her newest album, “Begin Again,” isn’t really an album in the traditional sense. The seven songs are singles recorded with a variety of collaborators in a variety of places with no intended continuity. She credits her husband for the idea.

“I didn’t want to do a really big album cycle,” she says. “I was really inspired to make music, but I was kind of all over the place, inspired by different things. He had this idea to just put out singles that don’t necessarily have to relate at all. And it’s been awesome.”

It seems like she’s in her comfort zone when she’s uncomfortable.

“Yeah,” says Jones, who is the Friday headliner for The Virginia Arts Festival’s Williamsburg Live, “I think you’re right.”

She was the cool, comfortable thing when her debut, “Come Away With Me” shot up the charts, winning five Grammy awards in 2003. It has sold nearly 30 million copies. The daughter of sitar great Ravi Shankar became the face of understated, elegant ballads. That frame lingers, but Jones has long explored music more challenging than her bestseller.

“I love putting myself in different soundscapes because there’s only so much I can do to change it up. I am who I am. I sing how I sing,” she says. “Sonically it’s really nice for me to find new sonic landscapes. For me, that’s a huge thing to change it up and keep yourself inspired and learn new things”

The new album, issued in April, features collaborations with Wilco’s Jeff Tweedy, St. Vincent collaborator Thomas Bartlett (aka Doveman), and jazz drummer Brian Blade. She began roving far afield with 2009’s, “The Fall,” which featured guest appearances from rockers Ryan Adams and Will Sheff of Okkervil River. That led to a bigger sonic change with 2012’s “Little Broken Hearts,” an exploration with Danger Mouse (before her return to softer, jazzier sounds with 2016’s “Day Breaks.”)

Recording more than a handful of singles with a bunch of collaborators just made sense.

“Everybody is busy,” she says. “I’m trying to work with different people. This is a really nice way to do that. It’s low commitment…People can find little holes in their schedule.”

Rather than trying to carve out three weeks with Tweedy, for instance, she headed to Chicago for three days in The Loft, his recording studio, with him and engineer Tom Schick.

Two cuts from that session made the album, including “Wintertime,” a slower burner sounding like her older work, and “The Song With No Name,” an echoing charmer that could have been on an Iron and Wine disc. “The Song With No Name” literally was recorded with them sitting on the couch just after Schick set up.

“That was the spontaneous one. That’s pretty much it, what you hear,” she says. “He started playing the riff and we started singing. It was the first thing we did. We were getting to know each other.”

On the last day, they listened to what they thought was a throwaway and decided to keep it, adding more instruments on top.

She likes the idea of having new material for a series of summer shows without doing the big album cycle. “People have short attention spans,” she says. “It’s the way that it is now so it works. I’ll make another album. I love making albums. But right now I am definitely not.”

She hopes to do more collaborations in the future, again, being comfortable in being uncomfortable. “The goal isn’t necessarily to do something different,” she explains. “It’s to do something inspiring, to take you out of your thing. It leads to a whole new thing. It’s cool.”

She’s touring this summer with a smaller band, just bass, drums, organ, and herself switching off on piano and guitars with the organ player. She likes being able to stretch out more with that lineup.

Don’t expect to hear studio versions of the old songs in concert. They’ve evolved over the years. “You keep the songs alive by playing them and they morph over the years, especially the old stuff,” she says. “Sometimes I’ll go back and listen or hear by chance the original and I don’t even realize how much it’s changed. The goal is to keep the songs alive and if you do that, people will respond.”

She hasn’t replicated the success of her first album, now nearly two decades later. That never interested her.

Was it confining or freeing to break so big?

“I think for some people it would be confining,” she says. “But I have felt it has made me so free. I have been so lucky to realize that I was free and take advantage of it rather than feel boxed in.”

She wanted her second album to be good, not to top the first. A freeing goal.

“I think it was a reflection of me not chasing fame so much and not trying to chase the success of the first album because it was bananas,” she adds. “It was a lot. It was great, but to have to maintain that level of success would just stress me out.

“I think it was kind of letting go and letting it be the phenomenon that it was, without feeling like I had to recreate it, was the first step of me feeling like I could continue to make music and not overthink the rest.”

Lawn of the Art Museums/Colonial Williamsburg