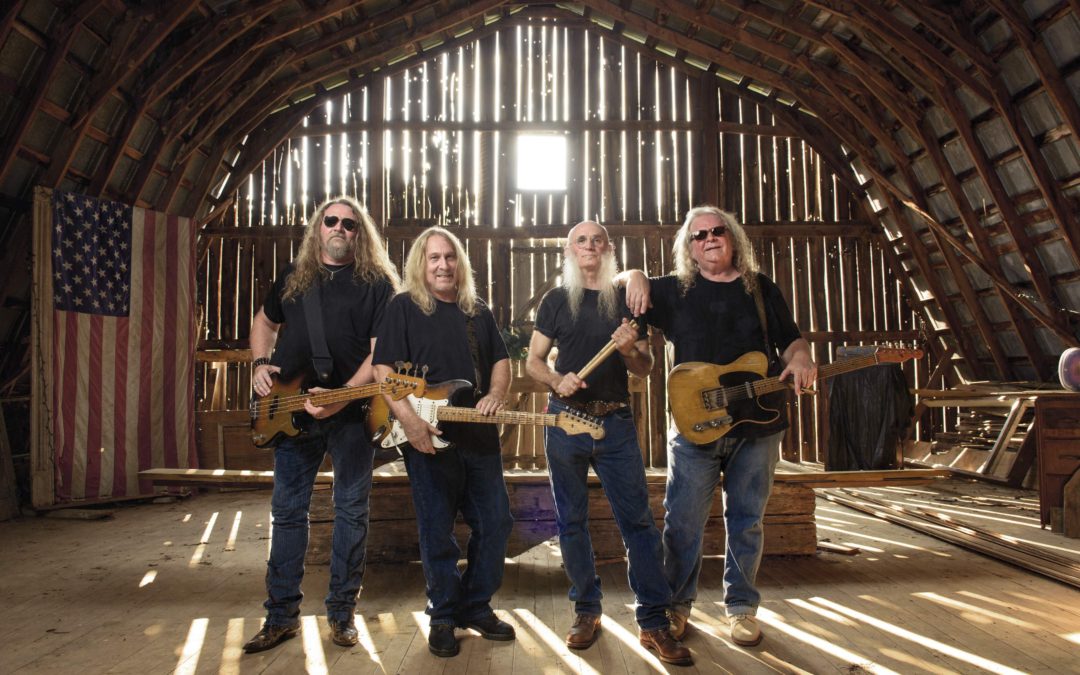 The Kentucky Headhunters are bringing their unique blend of hard rock, southern soul, blues, and country to Elevation 27 in Virginia Beach at 8 p.m., Friday, June 7. Hot as asphalt on a Kentucky night in July, these Grammy-winning rock icons still burn with intensity and purpose, with the fire of their southern roots. At the same time, these icons come with the seasoning and artistic knowledge gained from a half-century on the road and in the studio. Their memories of playing Hampton Roads go back to the legendary Boathouse on the Norfolk Waterfront, but they haven’t played here often since then, bringing a rare opportunity for music lovers locally.

Original band member Richard Young, on guitar and vocals, remembers The Boathouse as “one of the wildest places I’ve ever been!” Now, they’ll be playing at Elevation 27, a re-envisioning of sorts of another iconic Hampton Roads music venue, The Jewish Mother, located at the final site of the venue, after it moved from the waterfront, a dark and funky home for contemporary music, featuring many of the finest, as patrons munched on the JM’s Rubens and burgers. Elevation has made efforts to provide a state-of-the-art listening environment for an admirable mix of national acts, featuring everything from rap to folk.

The Headhunters will undoubtedly play a mix of their hits like the ubiquitous “Dumas Walker,” as well as covers they’ve topped the charts with such as odd bedfellows Norman Greenbaum’s “Spirit in the Sky” and Bill Monroe’s “Blue Moon of Kentucky.” Other hits include: “The Ballad of Davy Crockett,” “My Daddy was a Milkman,” “Walk Softly on This Heart of Mine,” “Oh Lonesome Me,” and “Rock & Roll Angel.”

Richard Young, from his front porch on his family’s Kentucky farm, is a virtual fountain flowing with stories of music history. He said that when he first hit Nashville as his band began to explore moving into country from their more southern soul and rock roots, he overheard legendary country broadcaster Ralph Emery ask Bill Monroe what he thought of the new band, The Kentucky Headhunters.” Monroe replied, “Did I tell you, I got a new calf today,” which was to say he didn’t give a … about the Headhunters. Years later, Monroe was asked the same question, his opinion of The Kentucky Headhunters. “I love those boys,” he said, “they made me more money on that song (Blue Moon) than Elvis (Presley, who also did a famed version of the song) did.”

Later on Monroe invited them to play his legendary Bean Blossom Bluegrass Festival, where he let them plug in their electric instruments, when others had told the band, on arrival, that they couldn’t, that Bill would never allow it. Not only did he OK it, but he plugged in an instrument and jammed like Young had seldom seen matched. “It was almost like he was saying, ‘if you’re going to do it, you might as well see that you can’t outdo me.”

Talking to Richard from his porch in rural Kentucky, where they still farm, you could almost hear the mosquitoes buzzing, the getaway horse rolling around in the muddy tobacco field nearby, smell the collards cooking in a black pot on the stove, and taste the RC Cola from the cooler. He said the reason he and his brother James, another original member of the band (drums and vocals), have stayed on is, as the local saying goes, “if you have an RC, a Moon Pie, and a girlfriend, why go anywhere else.”

Good old boys that they are, they also grew up working the family fields of Black neighbors, alongside their African American boy counterparts. And that influenced their music, as did the music they’d hear from the local “rednecks” also working the fields. They, however, grew up fans of bands like the Beatles and the Stones, something that has stayed at the core of their music. It all comes through in their long collection of hits that have led to numerous awards, including a Grammy. They have considered it a goal to bring an appreciation of that range of styles, genres, and ethnic/cultural roots from Queen to Willie Dixon to wider audiences for each.

Their performances include the edge of hard rock, the sweat, brawn, sadness, and sweetness of the blues, the spirit and originality of 60s and 70s rock, and the sad sweetness and rush of the mountain stream implicit in the best country songs.

Young’s son John Fred Young, has taken up the mystic ax of electric rock with his band Black Stone Cherry, which is a smash hit in Europe, playing venues like Wembley Stadium and attracting fans like Robert Plant, though they haven’t yet broken big into the American market.

Buckshot VB will open the show, and dinner will be available.

As the saying goes, “beg, borrow, or steal,” (though you shouldn’t have to as prices are reasonable for a big act like this), but get to the necessary elevation to have the rare regional opportunity of catching The Kentucky Headhunters.