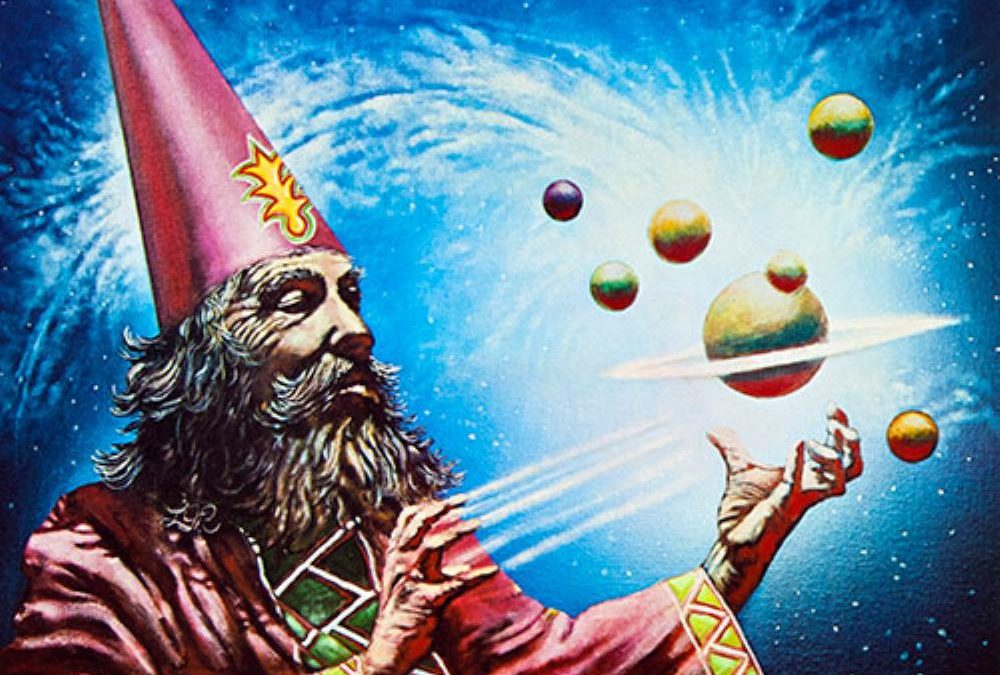 Styx, a mainstay of classic rock formatted radio with an imaginative discography that includes its self-titled debut from 1972, “The Grand Illusion” (1977), “Pieces of Eight” (1978) and “The Mission” (2017), will perform June 20 at Union Bank & Trust Pavilion in Portsmouth.

The band is know best for its platinum-selling heyday (1977-81) of albums and a mix of ballads like “Babe” and rock anthems such as “Suite Madame Blue.”

In advance of the concert, now scheduled Monday, June 24 at Chrysler Hall, I reached to a variety of friends on social media to hear what their favorite Styx song is and why. Here’s what they shared.

“I was fascinated with the concept of space travel as a kid and when I’d listen to this, I’d imagine how fantastic it would be to have visitors from another planet take me with them on their ship to explore the galaxy. Also, this song is Styx at their grandiose musical best.” — David Brown, Norfolk

“I love the piano intro and the way ‘Come Sail Away’ starts out as a ballad, then transitions to more exuberant rock. I also like the message of the lyrics, the reference to a starship, which captures the zeitgeist of the era, and the use of the synthesizer to evoke a feeling of being adrift.” — Tom Robotham, pop culture columnist, Veer Magazine

“‘The Grand Illusion,’ the title track from the 1977 album, is my favorite. There are bigger hits on the album, ‘Come Sail Away’ and ‘Fooling Yourself,’ but the title track a fantastic introduction. The music reminds me of a fanfare at the beginning and then you get the Welcome to the Grand Illusion greeting, which may or may not have been “inspired” by ELP’s ‘Karn Evil 9, First Impression, Part 2.’ Styx doesn’t have the virtuosity reputation that ELP does, but they both love them some dramatic, fantasy-themed rock music. — Mike Beck, program director, WAFX-The Fox and WNOR FM99 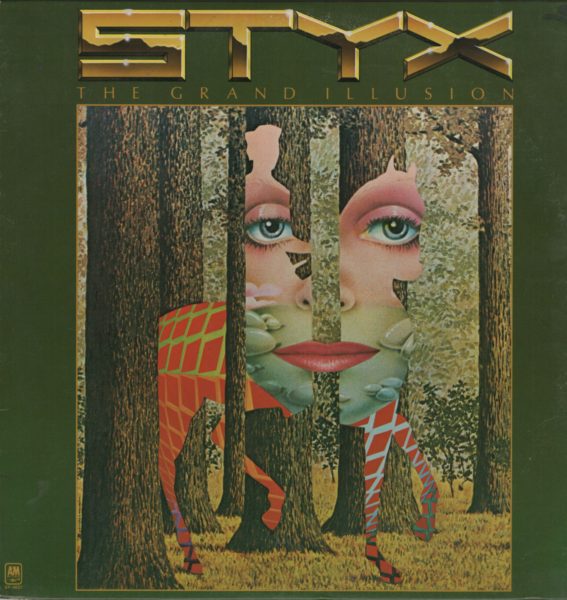 “That song defined what the early ’80s were to me growing up in dystopian Houston.” — Giorgio Valentini, Veer website programmer, Virginia Beach

“I’m partial to ‘Mr. Roboto,’ an early and advanced look at technology interfacing with us and its potential to dehumanize. In about five minutes Styx condensed all our apprehensions originated in Kubrick’s masterpiece ‘2001: Space Odyssey.’ Social messaging, indeed!

“The song was so prevalent it became common to hear people say Domo Arigato rather than thanks.

“The tune’s crowning touch was the mechanical voice in its opening, very Kraftwerk-ish and perhaps the first time on the popular charts.

“Add all these components to a memorable melody, and Styx released a song I suspect’ll be around forever.” — Sean Brickell, Brickell & Partners PR

“I loved the vocals and the energy.” — Michael Marquart, president, Windmark Recording

“First thing I ever heard from them, and it encompassed everything about the band to me. That synth intro, the keening lead vocal and crunchy guitars, the ethereal, almost dissonant harmonies on the chorus, the hard rock solo and fills, and then that echoing “round” of an outro. I dunno, I liked “Lady,” (for many of the same reasons) and some of the “Pieces of Eight” album, but I lost interest after that. I really think “Lorelei” encompassed the zeitgeist of the band early on.” — Randy Holmes, Dunn, NC

“Styx was my favorite band growing up after an older sister introduced me to the album Equinox. ‘Lorelei,’ a deep track, has an infectious rhythm and is a beautiful love anthem. A close second is ‘Fooling Yourself (The Angry Young Man)’ from ‘Grand Illusion’ that I love for the acoustic guitar rifts and inspirational message. I introduced Styx to my kids and we share a love for their stories. Can’t wait for the show.” — Dom Fini, operations director, Live on Atlantic

“Great vocal performance, well-written song with a perfect build-up, and the last 60 seconds of ‘Lorelei’ is one of the best endings of all time.” — Jeff Bailey, bassist, Waxing Poetics

“Fooling Yourself (The Angry Young Man)” and live into version

“This is a favorite of mine more for the nostalgia of it. I consider STYX to be my favorite band and its of my generation. Tommy Shaw’s acoustic solo led into ‘Fooling Yourself’ in one of their concert videos and for me, the driving acoustic sound of the 12-string makes this song. I think they have better lyrics and more technical parts in other songs but this is simply a feel food song that is never disappointing. On a side note: I love ‘Sail Away’ but ever since Cartman sang it on TV, I can only hear that version in my head, even if the original is playing.” — David Polston, professional photographer

“‘The Grand Illusion’ was a gift to me from a friend on my 15th birthday. My favorite track on this album, and my favorite Styx track overall, is ‘Miss America.’ I love that guitar riff, pretty cool for Styx! And the vocals on the chorus are great! The synth solo is bizarre, very ’70s, not pretty, and it fits the song. I like the lyrics, too. “Well are you really who we think you are/Or does that smile seem to wear you down/Is the girl who you once were screaming to jump out/And the dream that you must live, /A disease for which there is no cure/This roller coaster ride you’re on /Won’t stop to let you off.’” — Annie Johnson, guitarist/singer, Annie Johnson Band 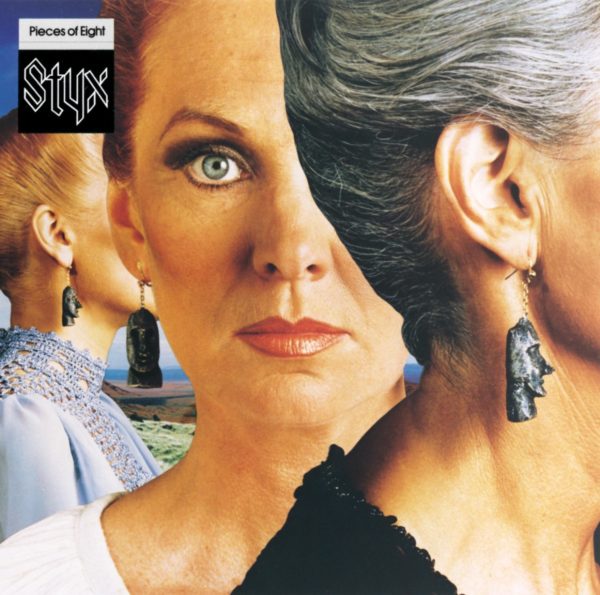 “Boat on a River”

“‘Cornerstone’ was my very first album. I played it over and over. That intro…. And who doesn’t want to find tranquility base.” — Kelle Adams, Virginia Beach

“My first instinct was to go with one of their great over-the-top prog rock anthems, ‘Suite Madam Blue,’ which I do love. But the more I thought about it, I found myself drawn to ‘Boat on the River,’ a Tommy  Shaw tune from ‘Cornerstone.’ It’s practically a folk song – Tommy on mandolin, Dennis DeYoung on accordion, the Panozzo brothers providing subtle, tasteful  rhythms. The harmonies here are just right. It amazes me to realize that this song came out 40 freakin’ years ago, but listening to it as I type these words, it holds up beautifully.” — Mike Holtzclaw, pop culture journalist, The Daily Press

“Show Me the Way”

Tie: ‘Show Me the Way,’ especially love the lyrics; the music as always never disappoints. ‘Boat on the River’ is my favorite late night on the porch at the river beer drinking song.” — Bonnie Carr Ellis, Suffolk

“Too Much Time on My Hands”

“Best lyrics ever; I’ve got dozens of friends and the fun never ends as long as I’m buying.” — Brian Ruth, Portsmouth

“The Best of Times”

“I never owned a Styx record—I was always partial to Foreigner—but I do love ‘Paradise Theater,’ especially ‘The Best of Times.’ I like how it starts off as a simple piano ballad and builds up to an athemic rocker, a la Queen. Then it takes you down and back up again. The lyrics lean toward schmaltz, but it’s a fun ride. The song also evokes strong memories of the etched album and cover art, which fascinated me as a kid.” — Jim Roberts, pop culture writer, Veer Magazine