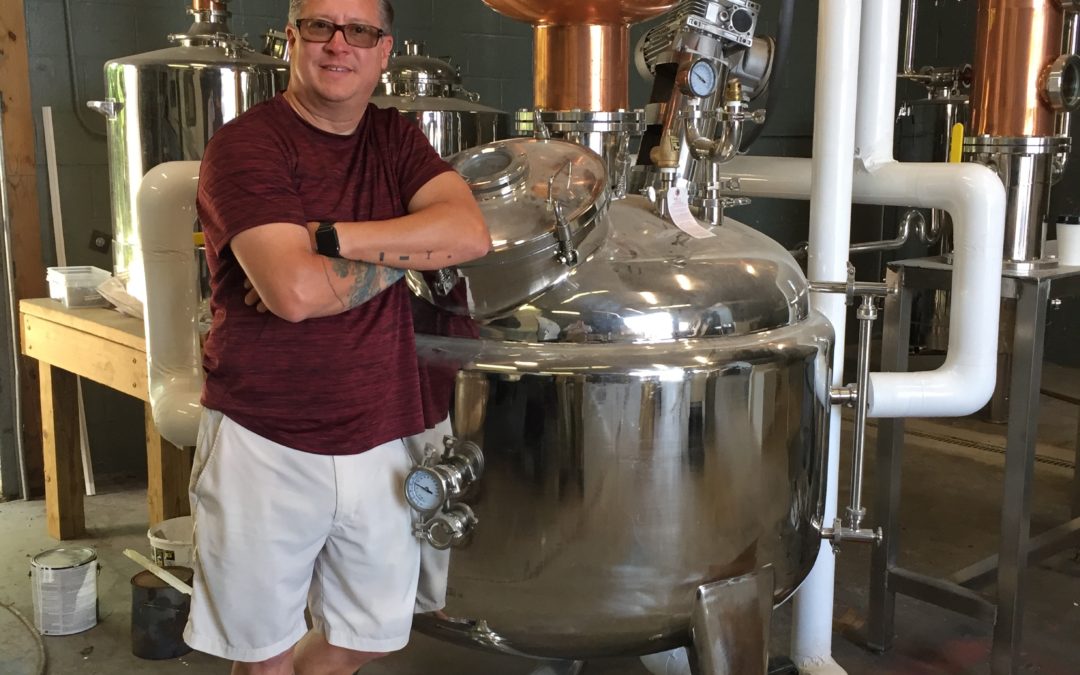 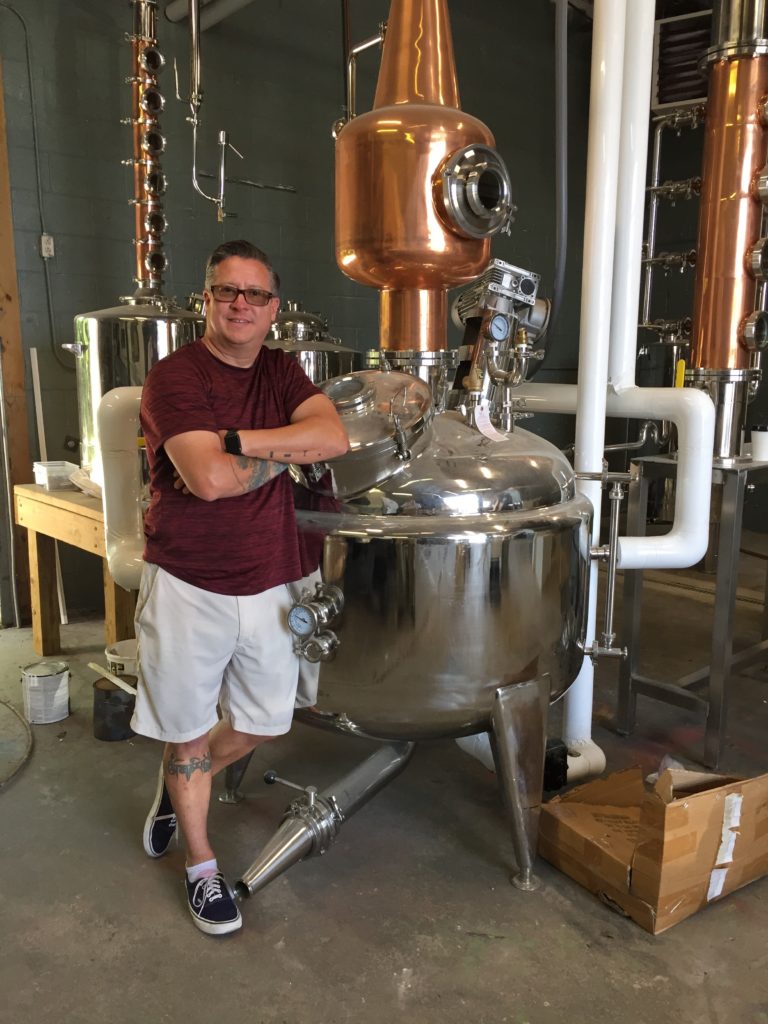 One thing Karl Dornemann’s restaurants have always had in common: whiskey. Lots and lots of whiskey.

By way of explanation—and only half-joking—he added: “I don’t know if it was because I was such a sickly kid and I was always medicated … I never had to acquire a taste for it. Then somebody turned me on to a bottle of Wild Turkey Rare Breed. I think that was one of the first true bourbons I had. I was like, ‘Holy cow!’ That totally opened my eyes, then I got totally fixated on bourbon.”

So it should come as no surprise that Dornemann’s next business venture is to open a craft distillery and start producing his own spirits. The only complication—and it’s not a small one—is that he has to divest his interest in Prime Eats’ four restaurants (Gosport Tavern, Public House, Still and Supper) to comply with Virginia’s alcoholic beverage control laws.

“I won’t own the restaurants anymore,” he said—not joking at all this time. “I will simply own this.”

“This” is R.D. Wilhelm Distillery, located in Norfolk’s Chelsea district, caddy-corner from Benchtop Brewing Co. and a block away from The Birch. Dornemann has a hybrid still and a federal permit in hand. Once he has a state permit and passes local inspections—hopefully by early summer—he’ll start producing “Reverend Spirits.” (Plans to open a tasting room are temporarily on hold.)

The R.D. Wilhelm and Reverend Spirits names are an homage to Dornemann’s late father: the Reverend Doctor William E. Dornemann, an Episcopal priest. (“Wilhelm” is a nod to his Austrian heritage.) The companies’ logo is a clerical collar, but the negative space in the design makes it look like devil’s horns.

When Dornemann asked his mother if she thought his father would be OK with him naming the distillery after him, she said, “I think your father would just be happy you’re doing something productive.”

Dornemann’s response: “I was like, ‘That’s all you’ve got for me? … I’m sure she meant that in the sweetest way.”

Starting out, Dornemann will produce a straight bourbon, a rye whiskey and an “Old Tom” gin. He’ll also buy and filter a grain neutral spirit to produce a well vodka.

Even though the products will need to be barrel-aged, he’ll be able to bottle and sell right away because—anticipating how long it would take to get the venture off the ground—he started ordering custom spirits three years ago.

“I’ve got a friend that’s got a distillery down in Florida that we—for lack of better wording—commissioned. It won’t be the exact same still, so I’m sure the stuff that we produce will be a little different, but it’ll be the same recipe, the same yeast, the same mash bill.

“They are doing for me the same thing that I’ll be doing here,” Dornemann added, “which is mixing the 53 gallons with 25 gallons. You get more rapid aging in a micro barrel. So we’ll be blending micro barrels and full barrels together.”

Dornemann’s plan is to use as many Virginia ingredients as possible and eventually to be 100% organic. “The corn will be organic,” he said, “but not all of the rye that I’m getting in will be. It’s a little bit cost-prohibitive right now, but that’s the goal.”

Once he’s up and running with the “core stuff,” Dornemann said he plans to experiment with small batches.

“My dream with this is to be able to do a lot of different labels, different finishes, different blends and just play with real limited bottlings of stuff,” he said. “That’s the beauty of the small equipment and having a hybrid. We’ll be able to tinker with different formulas and play around with stuff. For me, that’s what will be all the fun—how creative I can get with it.”

While the craft spirits industry has taken off in the eight years since he started pursuing the idea, and there is more competition by the day, Dornemann said taste will be a differentiator.

“I’m a big fan of rye whiskey, so our bourbon will have a heavier rye in the mash,” he said. “I hate to name-drop, but things along the lines of Tom Handy, the Sazerac stuff. Spicier. Fuller-bodied. Oilier.”

Business-wise, R.D. Wilhelm may have an advantage in direct sales to restaurants. “We already have that inroad,” Dornemann said. “That makes us a little bit ahead of the curve and makes it a little bit more secure. … I know that’s where everybody gets bogged down—spending money on sales reps. We’d like to cut that out.”

In spite of his “Midas touch” reputation with restaurants, Dornemann has had a few missteps. He cites Locks Point in Chesapeake and Parallel 36 in Virginia Beach as ventures that did not go as planned.

“We’ve certainly had things go south,” he said. “We always wanted them to be the small ones, and they never were, sadly. … We’ve had challenges, and they are miserable. I hate failing.”

But they were also opportunities to learn.

“I think that’s what made us kind of strong business owners,” he said, “is our willingness to reassess and evolve and redevelop and rework things that aren’t necessarily working the way we want them to. Never too stuck in this to learn, or I’m dead in in the water.”

He’ll bring that mind-set to R.D. Wilhelm and Reverend Spirits.

“Obviously, if it doesn’t take off, we’ll have to re-assess,” he said. “It was never a thought that I would be producing tens of thousands of gallons of product. The plan was more just kind of as a passion project to make stuff I love and to just kind of see what we can do with it.”

For more information, look for R.D. Wilhelm Distillery on Facebook.