PREVIEW: In Love with Little Shop of Horrors 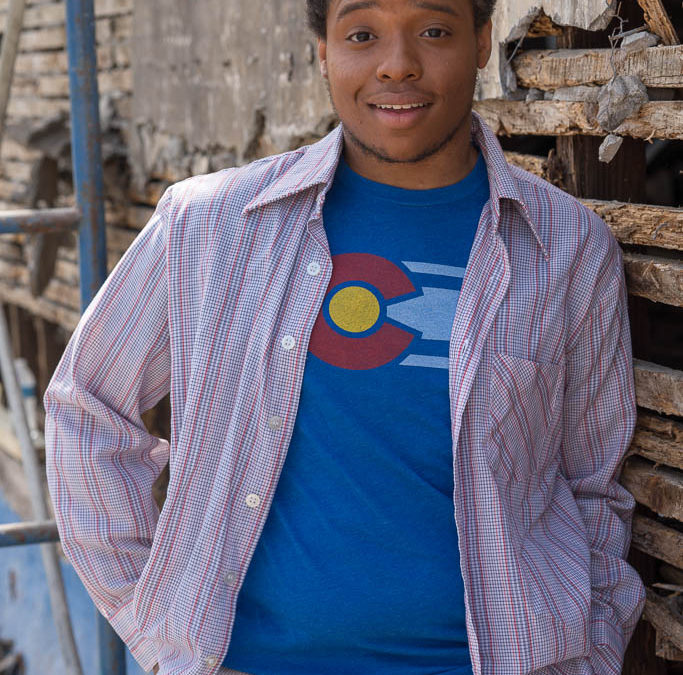 Brendan Hoyle vividly remembers seeing “Little Shop of Horrors” at the Swift Creek Mill Theatre outside Richmond when he was only 6 years old. “It was the musical that made me fall in love with theater,” he said.

“The show is this great combination of very dramatic and heartfelt,” he explained, “but it’s also very funny and very bizarre because you have a man-eating plant thrown in there as well. It’s just this perfect little encapsulation of a whole lot of different things that all meld together into this beautiful piece.”

Hoyle is fulfilling a lifelong dream by directing the show at Little Theatre of Norfolk, where he was active until he took a job as the theater director at Norfolk Collegiate School. “It was a little weird at first,” he said. “It’s like moving out of a house and then coming back after seven years and all the furniture’s in different places.”

The challenge is trying to do something original with the show. “A show like ‘Little Shop’ is very iconic in a lot of people’s minds as far as what it looks like and what the set looks like or what the plant looks like or the characters look like,” he said. “I really try to ignore all those things so it can find its own feet and be what it is on its own. … While I love all the productions I’ve seen of it, I always try to go back to the script and to the music and try to act like it’s never been done before.”

He also cast two young African-Americans, Rashad Stukes and Janae Thompson, as the leads, Seymour and Audrey. “I’m really excited to be part of this experience because it’s a different ‘Little Shop,’” Stukes said. “It’s the stereotypical ‘Little Shop of Horrors’ but with a little twist. I’m real excited for everyone to see it.”

Thompson added: “I really like how Brendan is bringing a new perspective to the show. It’s completely, totally different.”

Nathan Jacques, who has appeared in “The Addams Family,” “Godspell” and “A Little Night Music” at the Little Theatre of Norfolk, will play Orin, the sadistic dentist. “This has been a fantastic part to play—so out of the range of that I’m so used to,” he said. “The dentist is a jerk. He’s a sadist. He’s abrasive. It’s been a bit of a challenge adapting to that.”

True to the original script, Jacques will also play seven other roles. “The difficulty comes in trying to make each character unique,” he said. “Brendan’s been an awesome director. He’s a fantastic guy to work with. You have to find different postures and different voices. He’s been really good at guiding me in finding new ways to make the characters unique.”

At press time, Jacques hadn’t seen Shannon’s Audrey II puppets, but he said he has 100% confidence in her vision. “I’ve worked with her many times in the past,” he said. “She is one of the best designers you could ever have on your team. Just knowing that Heather is working on it is enough to know that it’s going to be great. People will not want to miss this one. That’s for sure.”

Whatever Audrey II ends up looking like, the strength of the show lies in the script.

“There are some jokes in the show that you just laugh at every time,” Jacques said. “It’s a combination of the writing and the acting and the direction we’re given. It’s funny every single time. It’s very consistent. I think that’s a good testimony to how good the show is.”

Thompson agreed but was a little more deadpan. “I try not to play into some of the comedic moments of it,” she said. “I think the real humor is in the verisimilitude of it.”

For his part, Hoyle said he’s happy to see it all come together “so beautifully.”

“There won’t be an unhappy face in the audience,” he said. “It’s very funny, but it’s very tender. There’s moments where we’re rehearsing stuff that make everyone in the room get very emotional about it. At the same time, a second later, you’re laughing your face off and then someone’s getting eaten by a huge plant.”

Little Theatre of Norfolk will present “Little Shop of Horrors” from May 24 through June 16 at 801 Claremont Ave. Show times are 8 p.m. on Fridays and Saturdays and 2:30 p.m. on Sundays. Tickets are $18. Discounts are available for children, students, seniors and military. For tickets or more information, visit ltnonline.org or call 757-627-8551.