Pilobolus Is a Fungus and a Dance Company 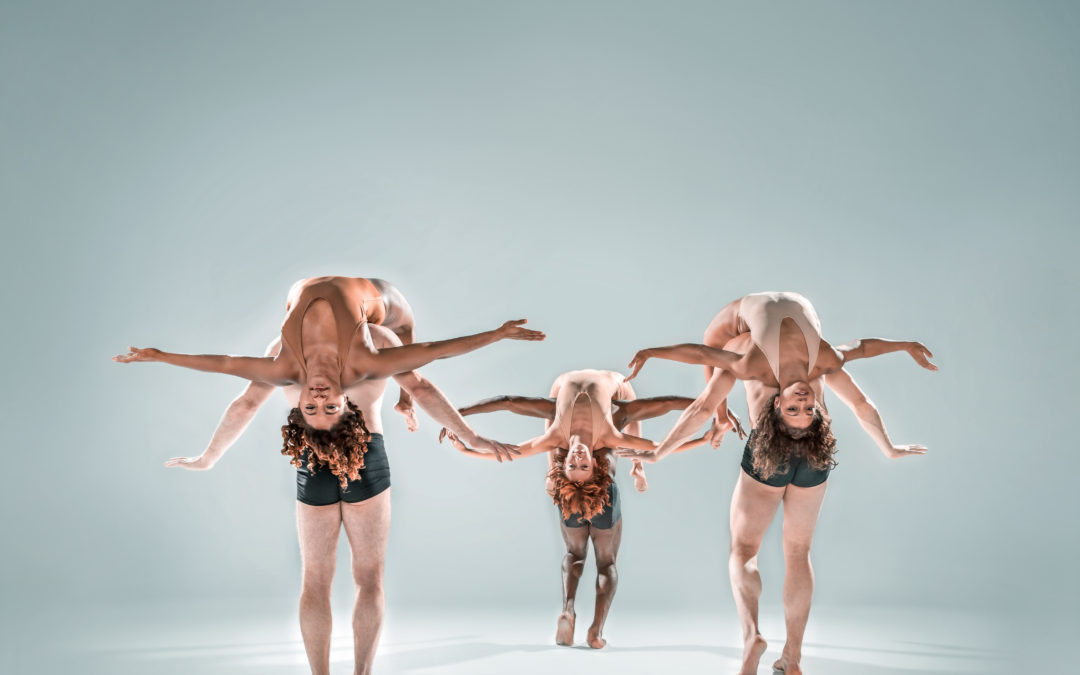 Pilobolus, that truly unique dance company whose choreography melds the athletic with the aesthetic, offers its Virginia Arts Festival audiences a program of recently made works joined to pieces from its long established repertory, said co-artistic director Matt Kent, in a phone chat from their home base in Washington, Connecticut.

The troupe’s graceful and emphasized physicality harkens back to its 1971 founding by three Dartmouth undergrads – a skier, a fencer and a pole vaulter. (Moses Pendleton, Jonathan Wolken and Steve Johnson; English, philosophy and pre-med students, respectively).

Pilobous has performed at the Oscar ceremonies and the Olympics, on Broadway, on TV and  films, and all over the world. (They take their name from an especially dynamic genus of fungus Some members of that genus scatter their spores so forcefully that they can land over 8 feet away from a fungus body that is only one-tenth of one-half of an inch tall!)

Their founders’ legacy of interwoven artistry, lithe muscularity and education come to the fore in two May 10 Sandler Center concerts, one morning student performance and one evening public event.

Kent says the student show, titled Pilobolus is a Fungus (Kid’s Show!), is “immersive and interactive,” bringing “kids up onstage,” getting them “moving in their seats,” demonstrating “how we created” works, intending to “encourage them to put their phones down and look up at the world!”

The student show incorporates “Branches,” a six person dance first performed in 2017, which “uses natural sound and music. That music ranges “from Messiaen to Ren and Stimpy,” and is “interwoven with bird calls, the sound of water” and the like.

In four chapters called “Down by the Water,” “Up in a Tree,” “Mister Right” and “What’s Left,” they take the audience on “a walk through the natural world,” demonstrating “that art begins by noticing the world around you.”

“Branches” also concludes the evening performance, which begins with a sort of prelude: the dancers do their pre-show warmups onstage with the curtain open, as the audience arrives.

The first piece is called “On the Nature of Things.” Two men and one woman, on and around a round platform, enact “a little of the Garden of Eden [and] fall from innocence story.” One can even see Biblical quotations, such as the serpent being crushed beneath Adam’s heel,  transformed into bodily geometry.

After one of the Pilobous created videos that bridge every gap between dances, “Symbiosis” begins with (theatrical) lightning and thunder. It “traces the relationship between two sinuous and sensuously entwined creatures who end up needing each other.”

It’s easy to see in “Symbiosis” the evolution of multi-celled organisms from lightning-sparked life or the evolution of an interpersonal human connection or the rise of an ecosystem. Kent calls it “one of the best…we have in repertory since the ‘70s.”

“Gnomen,” a punningly titled 1996 dance for a quartet of men, is “a series of four portraits of our dancers and their relationship to each other” that ranges from “lyrical to kinetic to humorous to ethereal.”

“People will be laughing out loud,” Kent warns. In fact, laughter “is very much encouraged.”

“Warp and Weft,” a dance for three women scored by indie rocker Thao Nguyen, follows the all male “Gnomen.” The title refers to the crossed threads of weaving on a loom; “a piece of red velvety fabric that they interact with, hide under, spin and explore” is central to the dance.

“We have a theme in this show about how people can form a group and not lose their individual identity…You can be yourself and part of a group.”

“Branches” wraps up the program with its “journey through the natural world.”

Kent says that folks who might come to  performance out of social obligations enjoy Pilobolus concerts as much as do traditional dance audiences. A typical remark from novices to modern dance, he comments, is, “My wife made me come to this and I actually like it.”