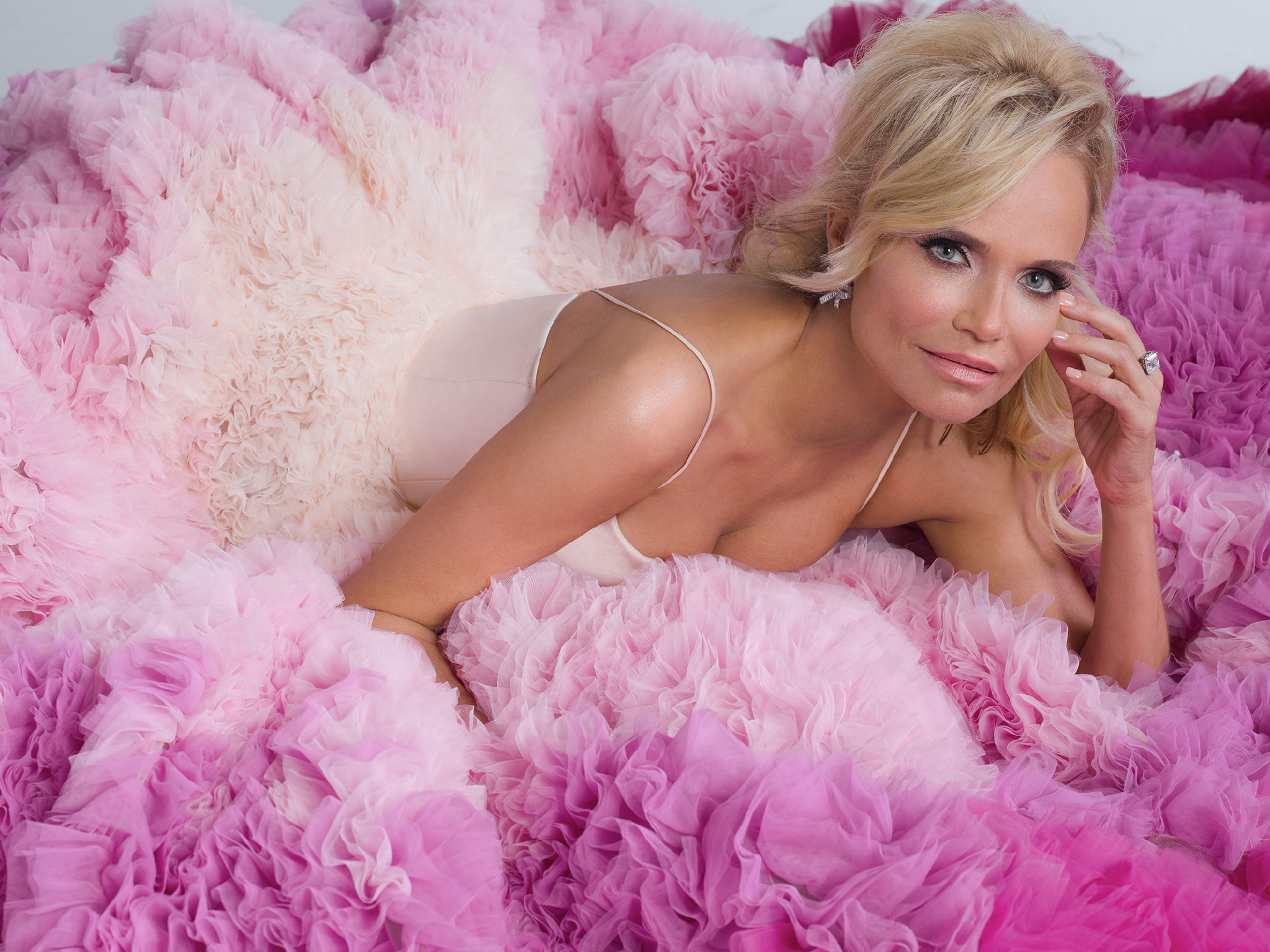 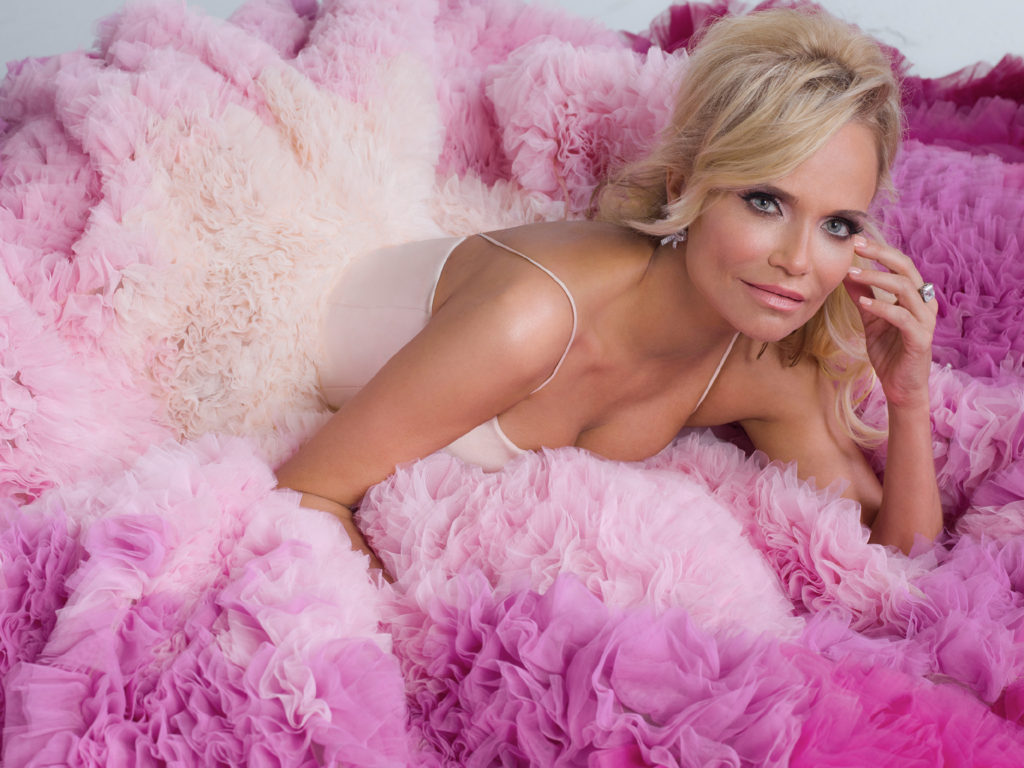 Three of Broadway’s  — and American Musical Theatre’s — most adored and enduring stars are coming to Coastal Virginia.

Look up American Musical Theatre or Great American Song Book and you will be sure to find the names Rob Fisher, Michael Feinstein and Kristin Chenoweth…all of whom are appearing in this year’s Virginia Arts Festival Best of Broadway series. And the best it is.

Sure to be one of this year’s Festival highlights Chenoweth’s performance will take place Friday, April 12 in Chrysler Hall. So get ready to be dazzled with her incredible vocal range, her magical on stage personality and her innate musicality in favorites old and new.

Star of stage and screen, the multi award winning singer and actress  has won both an Emmy and a Tony for her work and been nominated for numerous other awards She is also a bestselling author. In 2015, Chenoweth was given a star in the iconic Hollywood Walk of Fame.

As an adopted  child growing up in Oklahoma, she started singing gospel music. One of the many highlights of her early career was the solo performance she gave at the Southern Baptist National Convention when she was just 12 years old.  She then went on to earn her Masters Degree in Opera Performance before turning to musical theatre and television as her chosen profession.  During her college years she appeared in numerous productions including Gypsy,. The Sound of Music, Promises, Promises and The King and I  She was named “the most promising up and coming singer   in the Metropolitan Opera’s National Council Auditions. . She made her Broadway debut in Steel Pier (1997) for which she won a coveted Theatre World Award. She won her Tony in 1999  for her performance as Sally Brown in You’re a Good Man Charlie Brown on Broadway. She won her Emmy for Outstanding Supporting Actress in the ABC  Comedy Series – Pushing Daisies.

She received immediate and sustained acclaim for creating the role of Glinda the Good Witch in the smash hit Wicked – that widespread acclaim also included her second Tony nomination. She also captured a nomination for People’s Choice Award for her part in Glee. Her delightfully candid and uplifting chronicle of her life and impressive career so far, A Little Bit Wicked, was released in 2009. The book debuted on the New York Times Bestseller lists.

As if all the above accolades are not enough, Chenoweth also earned  a prestigious Drama Desk Award, an Outer Critics Circle Award and Broadway.com’s Audience Choice Award for her leading role in the Roundabout Theatre Company’s On the Twentieth Century.

She continues to perform before sold out audiences across the globe and has been a featured guest at many of the world’s most revered concert halls including Carnegie Hall in New York and The Royal Albert Hall in London, among many others.

Recent projects include her starring role as Madeline in Death Becomes Her (an adaptation of the 1992 film) and as Heiress Lavinia Peck Foster on the NBC Comedy Series Trial and Error. Other television credits include appearances in such popular series as The West Wing and ABC’s GCB. In fact in 2001, she had her very own sitcom simply called Kristin. She has guest starred on countless shows including Sesame Street, Glee and she played character roles in such major motion pictures as Bewitched, The Pink Panther and RV.

She released her first album of American Songbook classics, entitled The Art of Elegance in 2016 to great acclaim. Her other recordings include A Lovely Way to Spend Christmas, Some Lessons Learned and Coming Home.

Kristin Chenoweth formed a lasting partnership with the Broken Arrow Performing Arts Center in Oklahoma and her generosity and accomplishments were recognized when the Arts Center named the Kristin Chenoweth Theatre in her honor in 2012. Continuing this labor of love, she launched an annual Broadway Boot Camp which provides young Broadway hopefuls with many opportunities which include classes, lessons and master classes from top performers including Kristin herself and, of course, performances. Kristin is also a passionate supporter of charities which dedicate their efforts to helping those in need.

AND THE MASTER COLLABORATOR

He’s one of our own…he grew up right here in Norfolk and is now one of the legendary interpreters and proponents of the music of the great masters of American music in the 20th century. He is also an acclaimed  pianist, conductor and arranger/musical supervisor.

After beginning piano at the age of 6, Rob earned degrees from Duke and American Universities. He made his New York debut as the onstage pianist in A History of the American Film and then he was catapulted to international fame when he performed in a gala at Carnegie Hall with such legends as Ginger Rogers, Cab Calloway, Barbara Cook, Michael Feinstein and more!

During his increasingly impressive career, Fisher has worked with such pillars of the American musical and artistic worlds as: Mikhail Baryshnikov, Leonard Bernstein, Bob Dylan and the lists go on!

Rob is very  largely and very deservedly credited with the promotion and revival of this beloved American art form. He founded New York City Center’s Encores – Great American Musicals in Concert series which won multiple awards including a Tony for Excellence in Theater. He has made several recordings including the Grammy award winning Chicago. In fact that show, Chicago, was one of many that he directed and conducted which went on to become great successes on the great White Way. Fisher is still the musical supervisor for productions of Chicago around the world.

A frequent and long time guest conductor with  the Virginia Symphony, Rob also appears with major orchestras throughout North American. He won an Emmy for his concert production of Sweeney Todd starring Patti LuPone and George Hearn with the San Francisco Symphony so is one of those rare masters that has earned a Grammy, an Emmy and a Tony… plus numerous other nominations of course.

An Intimate Evening with Kristin Chenoweth, Rob Fisher and The Virginia Symphony Orchestra