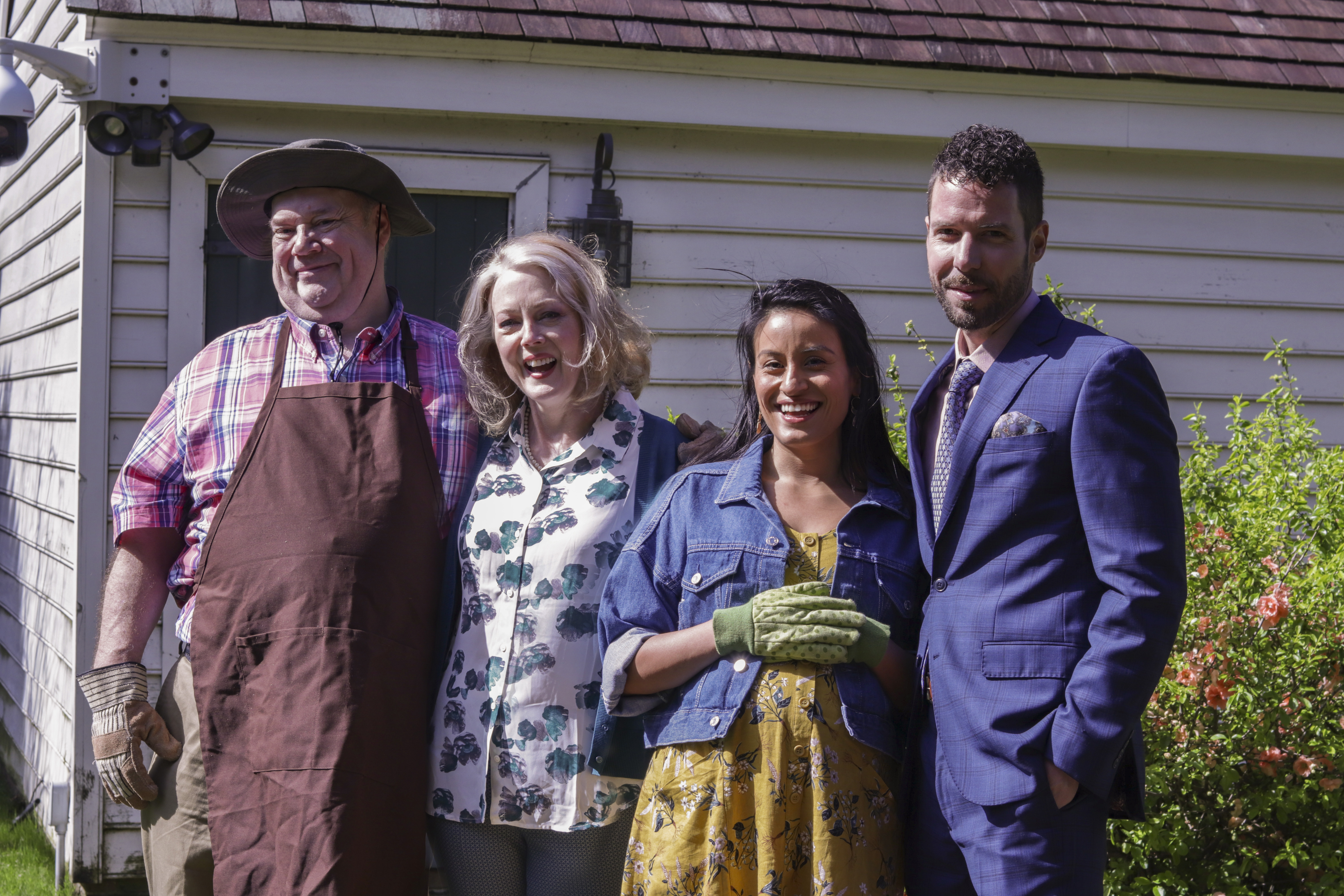 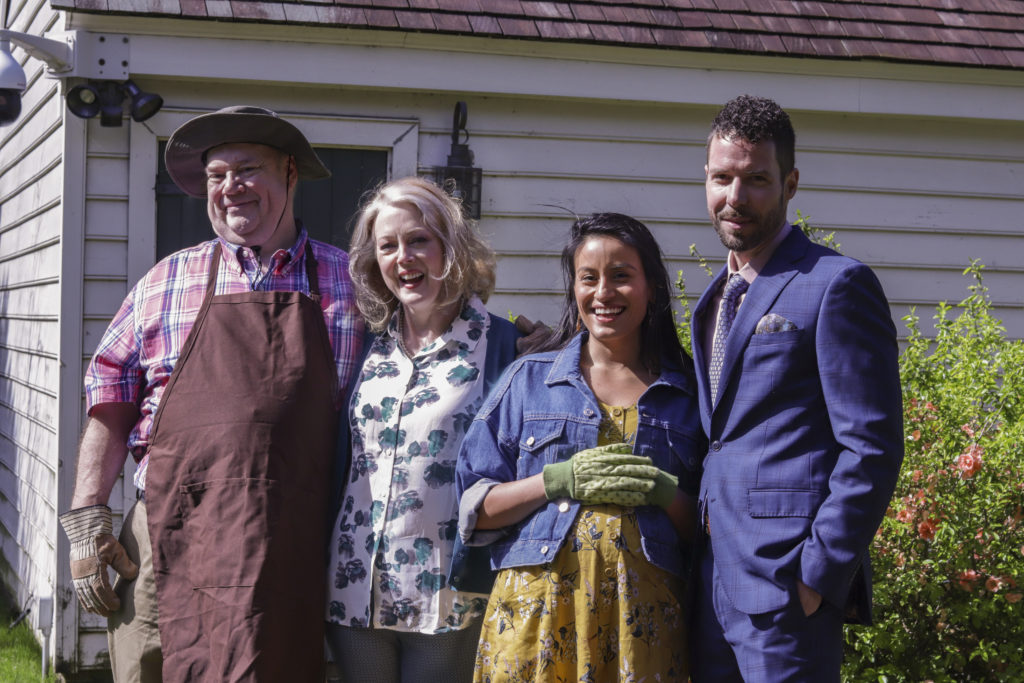 Very little is left of an intense workday of rehearsal that preceded my current interview time with director Tinashe Kajese-Bolden, and actor John Ahlin, inside of a non-descript, 9th floor rehearsal space in downtown Norfolk. It’s the early evening of a still sunny Thursday, and Tinashe, along with her cast, are in their second week of rehearsals for Native Gardens, the hilarious Karen Zacarias comedy that extends the historic 40th season of Virginia Stage Company, when it opens at the Wells Theatre early next month.

Tinashe, who was recently named the Artistic Director Fellow for the Alliance Theatre’s upcoming season, is new to VSC, but is well established as an award-winning play director and actress. The Atlanta-based artist is also new to directing comedy, but was viewed by Tom Quaintance, VSC’s Producing Artistic Director, as a good fit to direct this play that explores issues of race, class and privilege, within its comedic narrative. Native Gardens is the second Karen Zacarias play to be produced at VSC, following their well-received 2014 production of The Book Club Play. The DC based playwright is regarded as one of the most produced playwrights in America, and her works for the stage cover a wide gamut of the human experience―especially in terms of relationships.

“The potency of this play is human relationships,” says Tinashe, early on within our conversation. “I’m excited about any time cultures clash, and collide and come together. I enjoy seeing how we can come from two different places and perspectives, and find a way to be in dialogue―even if we don’t agree…but how do we move forward, seeing each other in our completeness.”

In Native Gardens, the Del Valles, Pablo and Tania, move next door to the Butleys, Frank and Virginia, who live in a nice, suburban neighborhood in DC. Pablo is a young, rising attorney, and his eight-month pregnant wife Tania, is working on her Ph.D. Initially they get along well with the Butleys, an older couple who have spent many years living in their home, and cultivating a gorgeous backyard, which includes an impeccably attended to garden. However, once it’s discovered that their fence is actually on the Del Valles’ property line, and both couples have separately important events on the same day that requires the use of their respective backyards―drama ensues.

“I think when people are driven to be the extreme of themselves…we all have crazy in us, right…but we’ve learned to keep the crazy in the box,” says Tinashe. “Great things are happening in their lives, and they are pushed to their limits. So what happens when we choose not to keep the lid on it, and allow the absurdity to take over?”

It’s an interesting question that is asked and explored within this action-packed, 90 minute comedy, with no intermission. For this VSC production, Alexandra Lemus portrays Tania, while actor Michael Earle Fajardo plays her husband, Pablo. The aforementioned John Ahlin portrays Frank Butley, and his wife Virginia is played by Beth Glover. This entire lead cast is new to VSC.

“This is a dynamic group of actors,” says Tinashe. “What really stood out to me with the actors that came in…yes acknowledge the comedy, but they dug a little bit deeper into the humanity of these people.”

In portraying Frank, it was important for John, who says that he’s auditioned for a number of VSC productions in the past, to view his character as a man, who at his core, means well, but doesn’t always say the right thing, or express concerns in the right way. “I don’t want to make him obvious and sinister…” says the actor. “One of the beauties of this play is that the playwright has written it so evenhandedly that you can really pick everyone’s side.”

“What’s really fun about this play is that even within the couples, they have differences, and their dynamic is also not so black and white,” adds Tinashe. “Some of the mistakes that they say and do, and the things that they’re driven to, are ludicrous and petty—and there’s humor in that.”

As both cast and director are new to Virginia Stage Company, new to this play, and largely new to each other—I inquire about their experiences so far in navigating this work. For John, who says that he’s worked with a lot of directors over his long career, Tinashe has turned out to be quite ideal.

“She’s great seeing 5 percent of what it should be, and being happy with that,” he says. ‘It’s an understanding of the process, and that’s what Tinashe has in abundant quantity.” He agrees that her work as an actress aids in that understanding.

“At the end of the day, I don’t have to worry about being funny, Karen took care of that,” concludes the director. “The talented actors that I cast―they take care of that. I just have to keep telling them to tell the truth—cause truth is funny.”