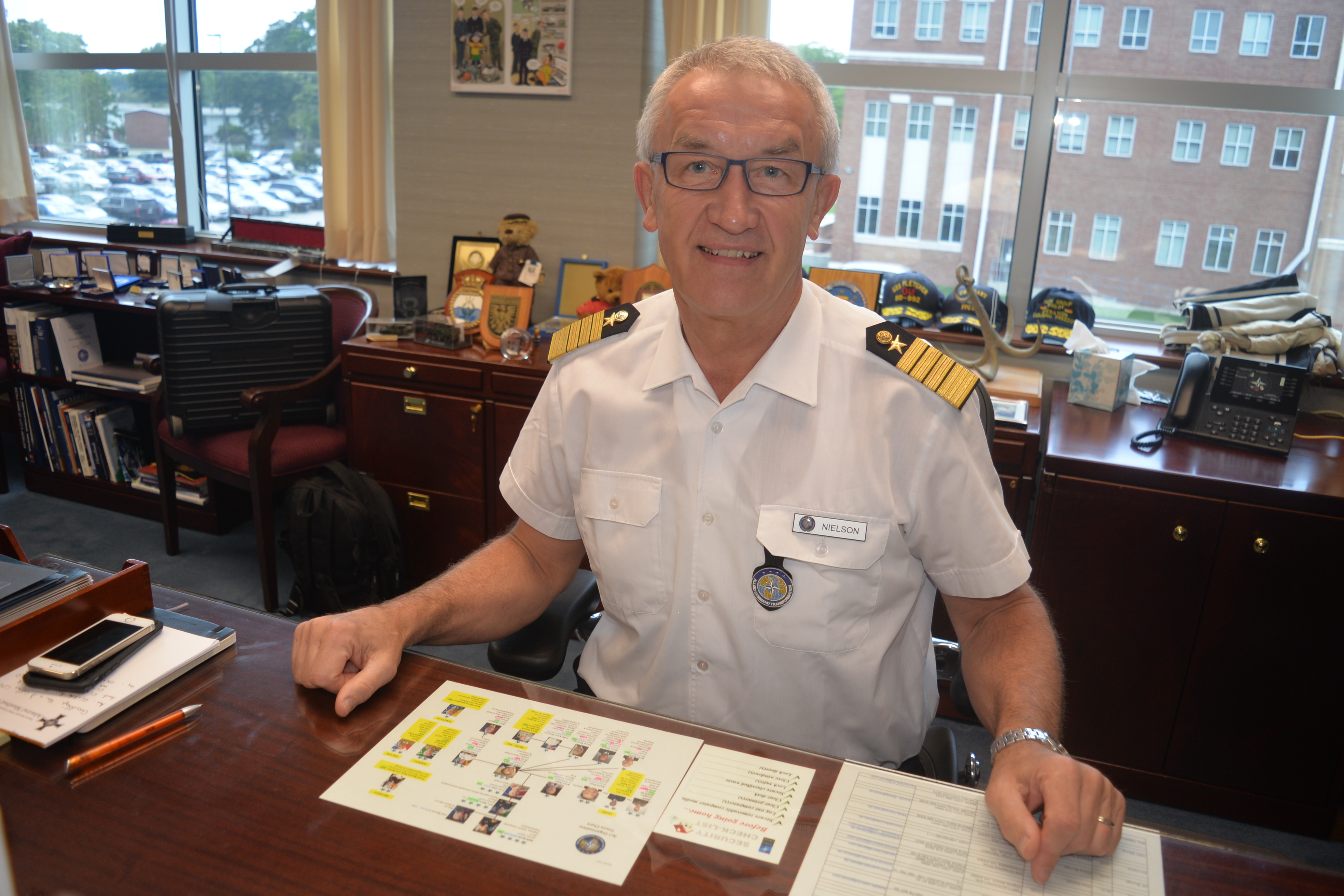 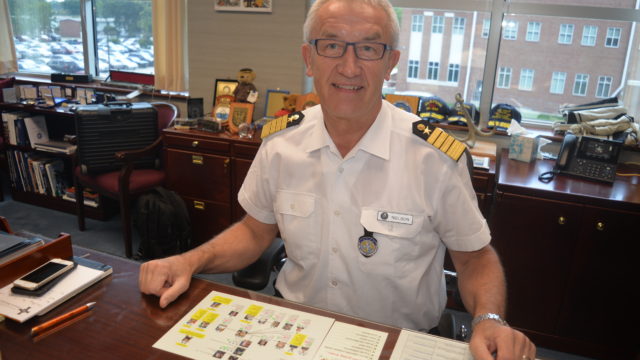 A traditional German hefeweizen beer will make its debut on Saturday, April 27 in Town Point Park as part of the Norfolk NATO Festival’s International Village.

In 2017, Bold Mariner was joined by Air Marshal Sir Graham Stacey of the United Kingdom for the brewing of Cross the Pond IPA. Stacey served as Chief of Staff at ACT, and during his three-year post became a fan of American craft beers.

Last year, Supreme Allied Commander Transformation Denis Mercier, a 5-star French Air Force general, participated in brewing a French style euro lager inspired by Kronenbourg’s 1664, making use of Strisselspalt hops imported from France. Strisselspalt hops are one of the few varieties from France, essential in the production of classic Belgian and French ales. The hop variety is almost exclusively grown around the Strasbourg area of the Grand Est region, formerly known as Alsace, on the French/German border.

“This year’s NATO collaboration is a classic German wheat beer/hefeweizen,” said O’Reilly. “This beer will have a pretty simple malt bill of pilsner and white wheat malt and this is to really let the hefeweizen yeast shine. I love a Hefe loaded with banana esters so we will ferment a little warm to really bring those out.”

The beers brewed in conjunction with Norfolk NATO Festival are designed for springtime consumption and for wide appeal.

While craft brewers actively seek opportunities to collaborate, working with NATO has been especially memorable for O’Reilly and Bold Mariner president Mike Stacks.

“This will be our third year collaborating with NATO for the Norfolk NATO Festival and its been very rewarding meeting the NATO leaders and their staff from different parts of the world,” O’Reilly said. “My favorite part about that is that beer really brings people of all walks of life together and everyone is always very excited to come to the brewery and participate in the brew day.”

Admiral Nielson serves as Deputy Supreme Allied Commander Transform at NATO’s headquarters in Norfolk. I posed a few questions to him regarding the beer collaboration and his time in Norfolk.

Brewing beer in Germany started more than 600 years ago. We Germans are convinced, together with the Belgians, that we are the lead nations in beer brewing worldwide. Without a doubt the United States, especially the local breweries, have done a great job, but, you know, we are proud in Germany about our recipe because there is a long tradition. It is not a law, but beer brewed in Germany, and enjoying it, can only have four ingredients: hops, malt, yeast and water. Nothing more. No chemical ingredients.

I do not know how much beer we have in Germany, but there are so many regions and occasions for beer. Nowadays we even produce alcohol-free beer in Germany. The production of alcohol-free beer has increased significantly throughout the past five to 10 years. If someone is invited for a blind tasting in Germany, I believe that many many people would not be able to smell the difference between a regular beer and an alcohol-free.

So, beer brewing in Germany is part of German culture. We believe we have a long tradition, but I do enjoy the beer in the United States – not all though. [laughs] I do notice the United States making a lot of progress.

Just a quick joke – when I first reported to Allied Command Transformation in the United States, I said to an American colleague that I preferred sparkling water over still water. I wondered where I could get sparkling water. My colleague recommended that I try a “light” American beer.

How did you select German Wunderbar as the name for the beer?

I will tell you why. “Wunderbar” means “It’s Wonderful” in English. This is part of the American vocabulary. I have noticed that many Americans use the term wunderbar in everyday conversations. That’s why I thought that wunderbar would be a good idea.

Last year, the French and former Supreme Allied Commander Transformation General Denis Mercier named his beer Lafayette Lager. This year, however, I wanted to bridge the German and English languages.

What have been the highlights of your time working at NATO ACT HQ?

First of all, I will never forget my first days in the United States when my wife and I moved into our home in Ghent. The second day – this will forever be in my memory – the movers were still with us and our furniture was still not in the right place. The doorbell rang and I went to open the entrance door, but there was no one there. I looked down onto the doormat and there was a wonderful boutique of flowers with an invitation for dinner next Saturday. On that day we had not introduced ourselves to our neighbours yet. It was something that I did not expect because something like this would have never happened in Germany, to be very frank. That was my first experience with people here in the United States. Throughout our time here we appreciate the hospitality, friendliness, the support from so many people.

Second point that I would like to mention, is how surprised I am that there are more military people working in the Hampton Roads area than the whole German Armed Forces have available. That’s important to realize. I never felt like Norfolk was a military city though, there is so much to see and experience. Just beautiful.

Here at the Headquarters, I like the international flavour of working together with people from 29 nations, plus partner nations, civilians, staff officers, petty officers, all with different backgrounds. This is an opportunity that I have never had before to this extent.

Next point, our command is such a small NATO body, even including our families we are perhaps only 2,000 people here in Norfolk. We get so much attention from the City, from the country and we are always invited to local events. The Norfolk NATO Festival is an event that I am particularly delighted about at the end of April.

Any additional thoughts on the beer collaboration?

I was really excited to get the offer to “brew” such an adventure. To brew a beer here in an American brewery with a German name is really important. I tasted the Lafayette Lager last year and it was not my first choice. [laughs] I am deeply convinced that by collaborating with a local brewery and having conversations and developing something new, that this is perhaps a joint venture that we can continue well into the future. I really appreciate this possibility and the invitation to open up the first keg of “Wunderbar.”