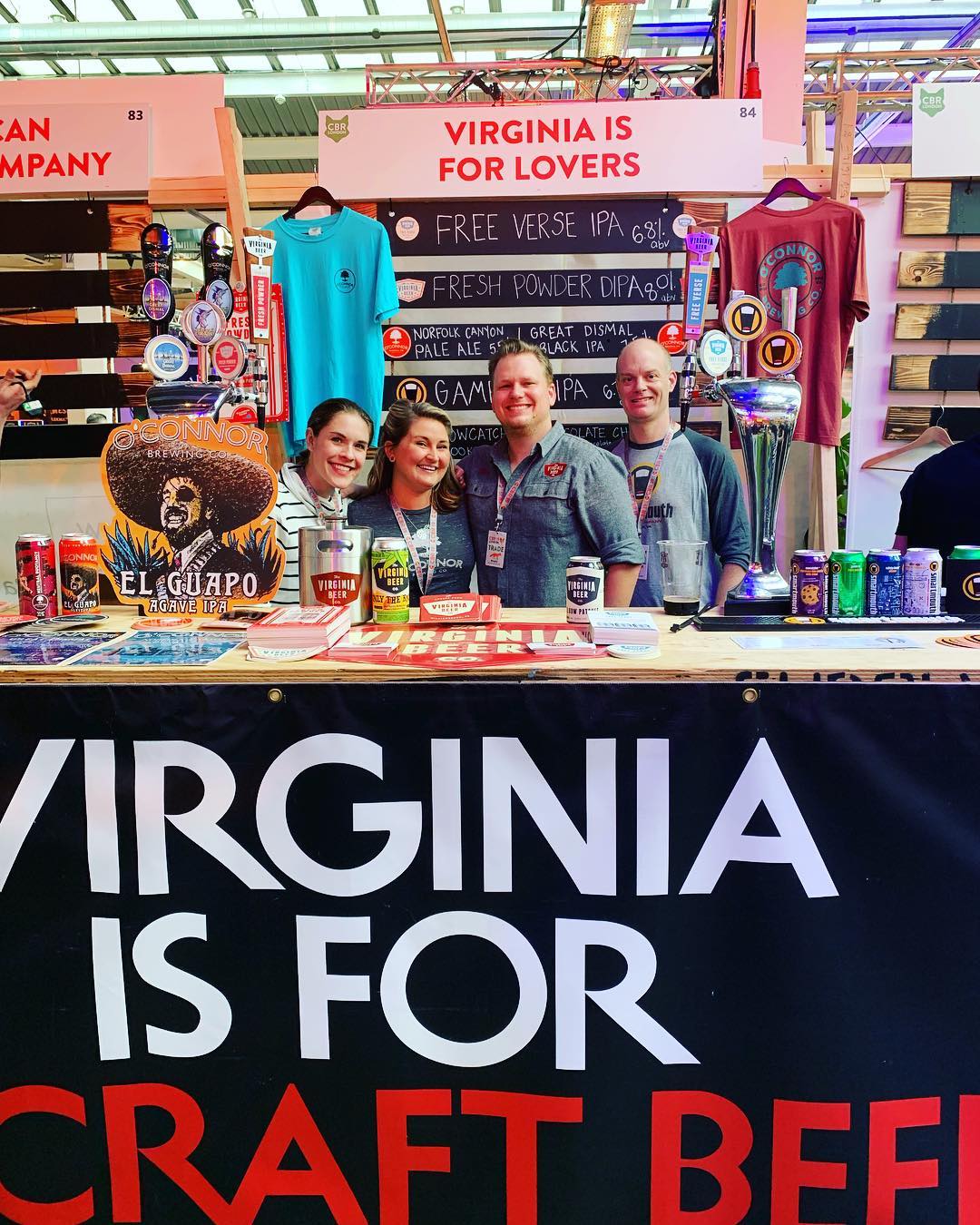 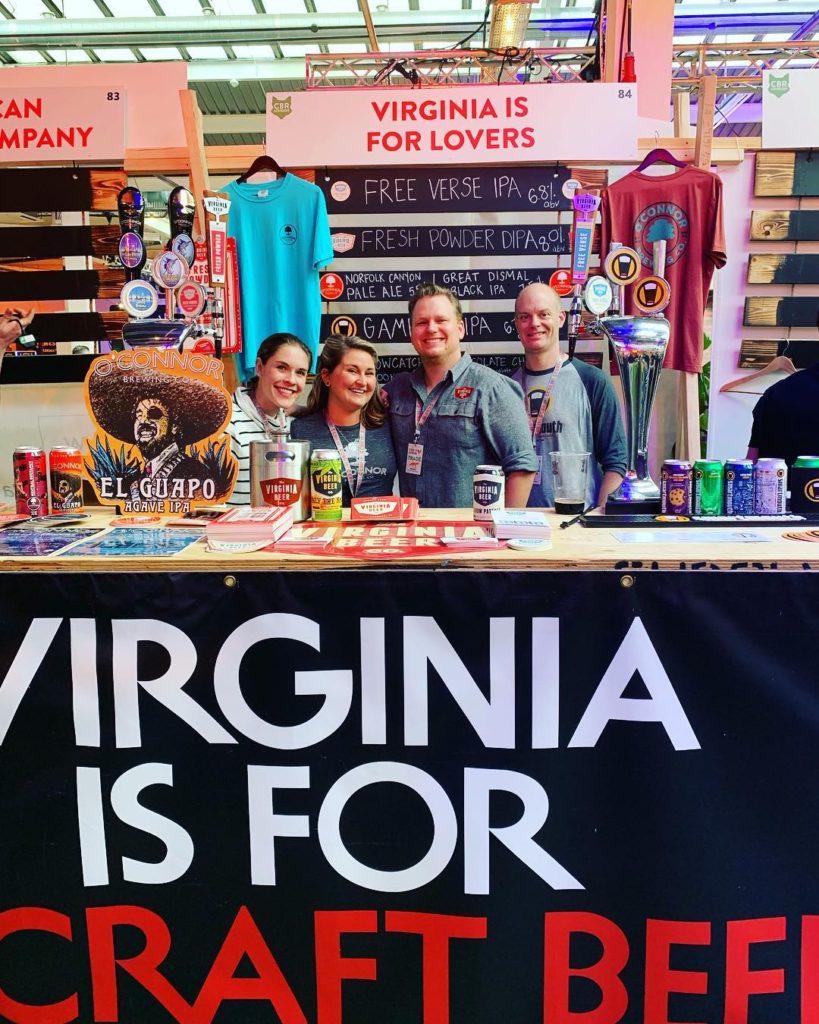 (Representatives from O’Connor, Smartmouth and Virginia Beer Company were among the breweries from Virginia sampling their products in London. Photo courtesy of Liz Poplawsky.)

Several independent craft breweries from Virginia traveled across the pond in late February to test the waters and taste buds on consumers and pub owners during the Craft Beer Rising event at the Old Truman Brewery London, England.

Craft Beer Rising is a 3-day trade show and festival where, as its website describes, “the world’s best breweries show off their new brews for the forthcoming year.” Some 155 breweries sample their beers along side food, spirits and music.

The first part of the event served as a trade show with breweries appealing to prospective distributors, retail and restaurant buyers.

“We got to meet a lot of restauranteurs and kind of get an idea of what people are buying in craft beer,” said Liz Poplawsky, a regional sales manager representing O’Connor Brewing Co.

According to Poplawsky, the second day was open to the public and allowed her an opportunity to pour beers and get direct feedback from British consumers.

Currently, O’Connor does not export its beers, though it has won numerous medals in recent years at the Dublin Beer Cup in Ireland. Poplawsky said her brewery is in the process of “making it happen” as it eyes the British market’s thirst for American craft beer.

“What I got the gist of is that in the UK, when breweries start serving beer above 4.5% they get taxed a far greater amount,” said Poplawsky. “The majority of beer is therefore lower ABV. So a lot of consumers love that the American breweries are averaging 6.5% ABV. They were super surprised at our 11% milk stout or 8% IPAs. A lot of people were super excited about the different flavors, quality and higher ABV.”

Smartmouth Brewing Company also reported positive news from its participation. They, like O’Connor, have not begun exporting to the United Kingdom.

“We made one good connection,” said Smartmouth president Porter Hardy IV. “We’re hoping something pans out with it and we can start sending beer over there. The British market has some definite interest in American-style beers, like American IPAs and Double IPAs. Plus beers with adjuncts.”

“People were really interested with that because it’s a little further out there from what those British breweries are doing,” said Hardy. “I think the UK consumer is looking for a more adventurous beer.”

Currently, Smartmouth exports a few beers to France, according to Hardy. He gives credit to the promotional efforts of the Virginia Department of Agriculture in guiding breweries through the export process.