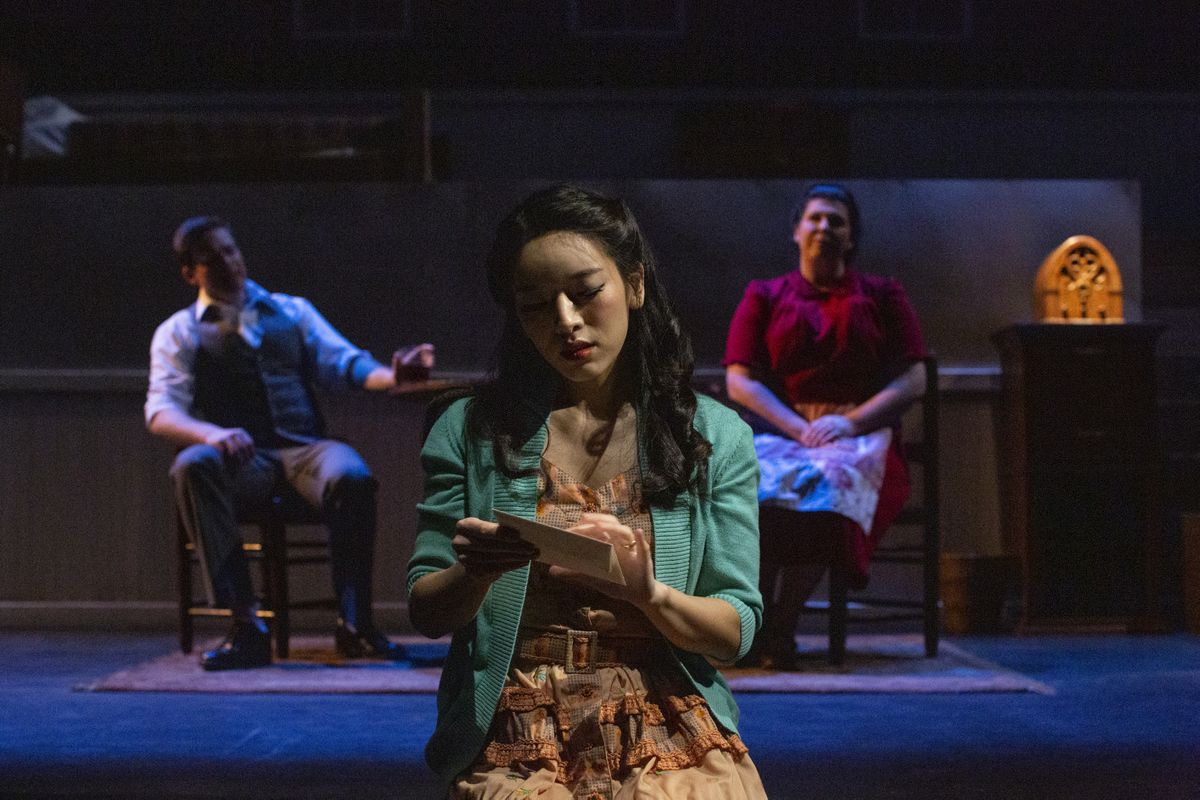 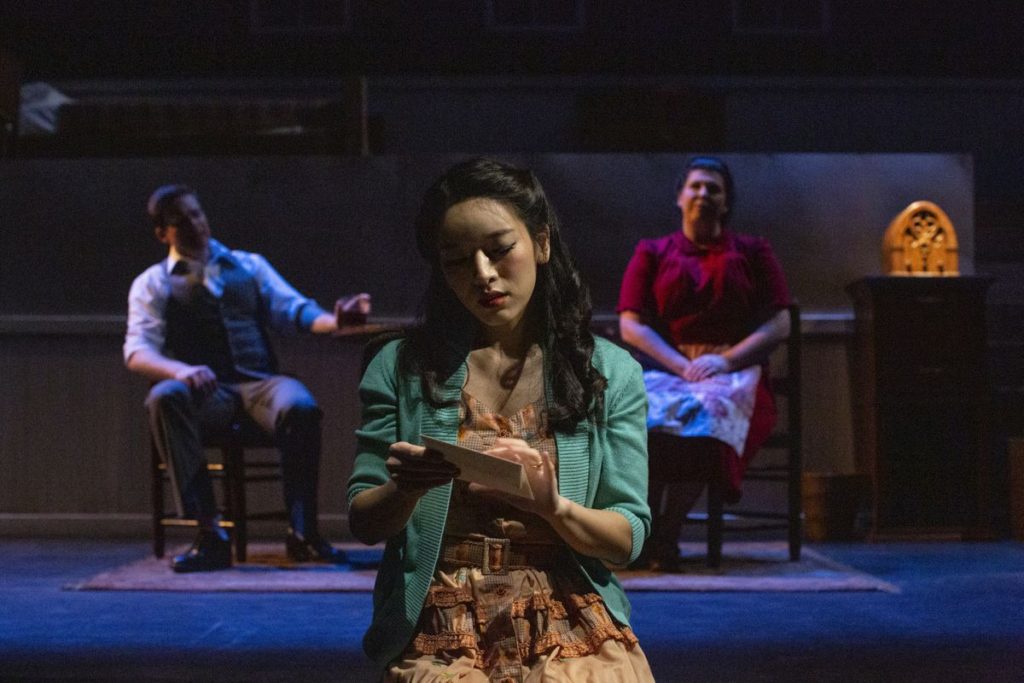 (Yeonji Lee as Setsuko Kobayashi in Anchorage Opera’s production of “An American Dream.”)

A woefully obscure bit of American history, a shameful episode from an era that also produced some of our country’s greatest glories, takes life on the Harrison Opera House stage this April as part of Virginia Opera’s Variations Series.

An American Dream, a one-hour, modern chamber opera sung in English, composed by Jack Perla with a libretto by Jessica Murphy Moo, looks at domestic events during World War II. Shortly after Pearl Harbor, American citizens born on American soil were pulled from homes, schools and businesses, sent to “assembly centers,” and confined under armed guard solely because of their Japanese ancestry. A few were even shot to death trying to escape captivity.

The criterion for that forced “relocation” was being at least 1/16 Japanese. That is to say, if just one of your great-great grandparents was Japanese, you could be hustled off to an internment camp.

“Americans were incarcerated just because of their ancestry,” comments Dream’s stage director Richard Gammon. “Why is this not in our history books? Why are generations of Americans not learning about this in school?”

The terrible and ironic coincidence is that the American government “relocated” (the official euphemism for incarcerated) Americans of Japanese heritage at the same time that Nazi Germany was sending Jews to concentration camps.

The obviously huge difference between German death camps and the hastily created camps – variously called “War Relocation Centers” or “relocation camps” or “relocation centers” – of tar paper covered dwellings with inadequate facilities to which more than 110,000 American citizens were consigned can hardly be said to excuse the patently unconstitutional practice of incarceration “without due process of law.”

American Dream — the title refers to the “American Dream” of home ownership and of finding a place truly to call home — imagines how an interned family of Japanese Americans crosses the path of a young Jewish woman, whose parents are endangered in Germany but whose husband is quite willing to use the term “Japs” in a derogatory way.

Stage director Gammon (no discernible relation to this writer) is helming An American Dream as well as VO’s main-stage Madam Butterfly. (There’s one bit of casting in common: Hidenori Inoue, who plays The Bonze in Butterfly, also plays interned father Makoto Kobayashi. He’s done that role in two of the opera’s three previous productions.)

Dream has been staged in Anchorage, in Seattle, in a production in Maine that Gammon directed, and at this writing is in rehearsal at Chicago Lyric Opera. Various reviews have called it “heart wrenching…eloquent and moving… a gripping piece of musical theater.”

Over the last several years Gammon has been Assistant Director for VO mainstage productions of Rigoletto in 2010 and its 2012 Orphée, and for the 2011 VO/Arts Festival Civil War song cycle Rappahannock County. He directed Virginia Opera’s 40 minute, NEON district, English language condensation called La Bohéme Unplugged in 2015.

Gammon’s heritage is itself mixed. His father is from Maine; his mother came to the US from the Philippines at 18. He is, implicitly, aware of the feeling, in his words, of being “trapped between two worlds.”

“You want to find a place where you will be recognized. The opera is about that search for recognition.”

Setsuko, the young girl who is sent off to the camps with her parents, sings an aria late in the piece called “Don’t you recognize me?”

“That is really where I base the entire opera,” says Gammon.

It’s not just a question of recognizing one person, of course, but of recognizing the shared citizenship and ultimately the common humanity of someone “whose skin is a different shade” and “whose eyes are ‘oddly’ made,” to quote the musical South Pacific.

“I think there’s a lot of the history of people of color that has been erased in the history books…We need to be reminded that this is part of American history,” Gammon says.