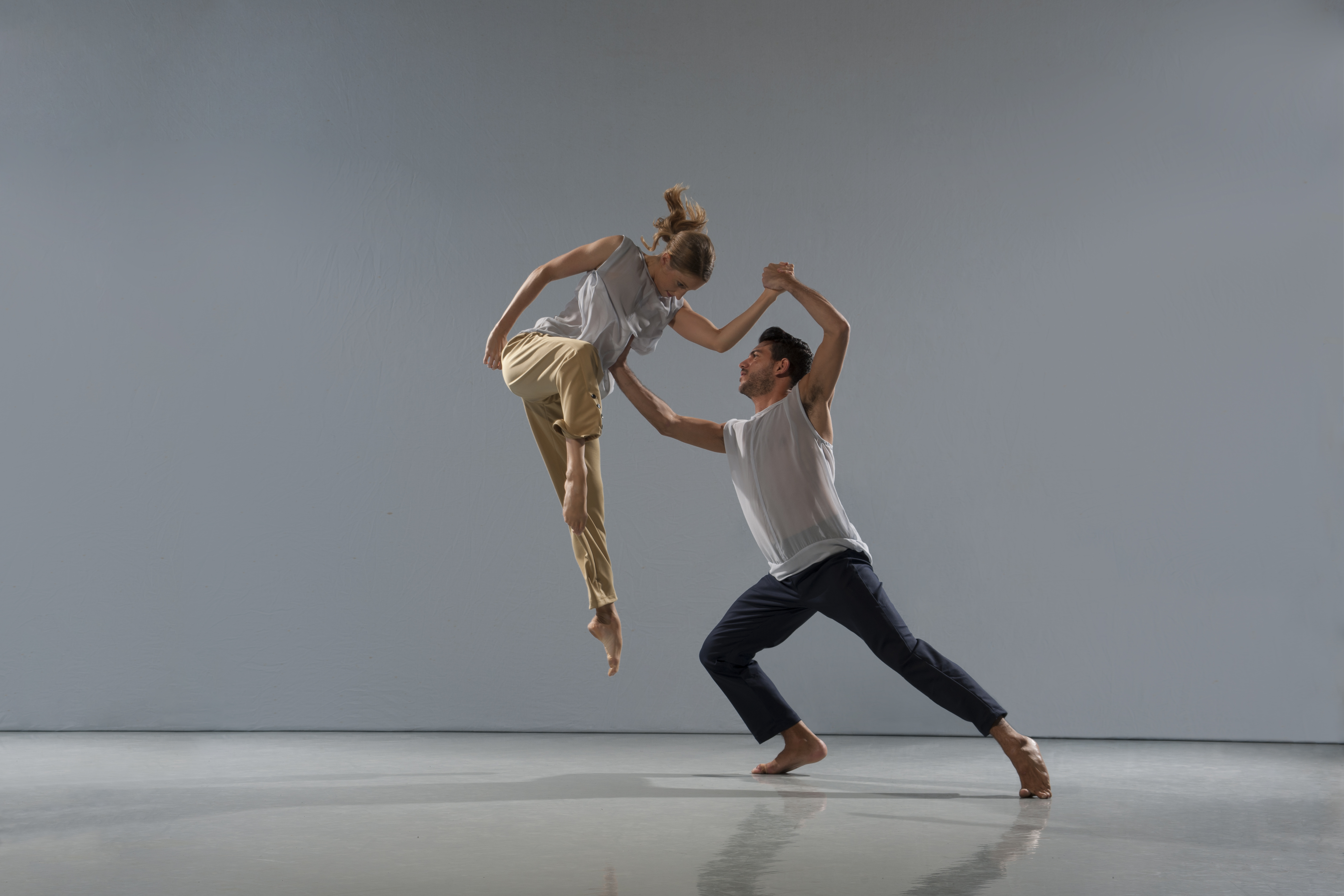 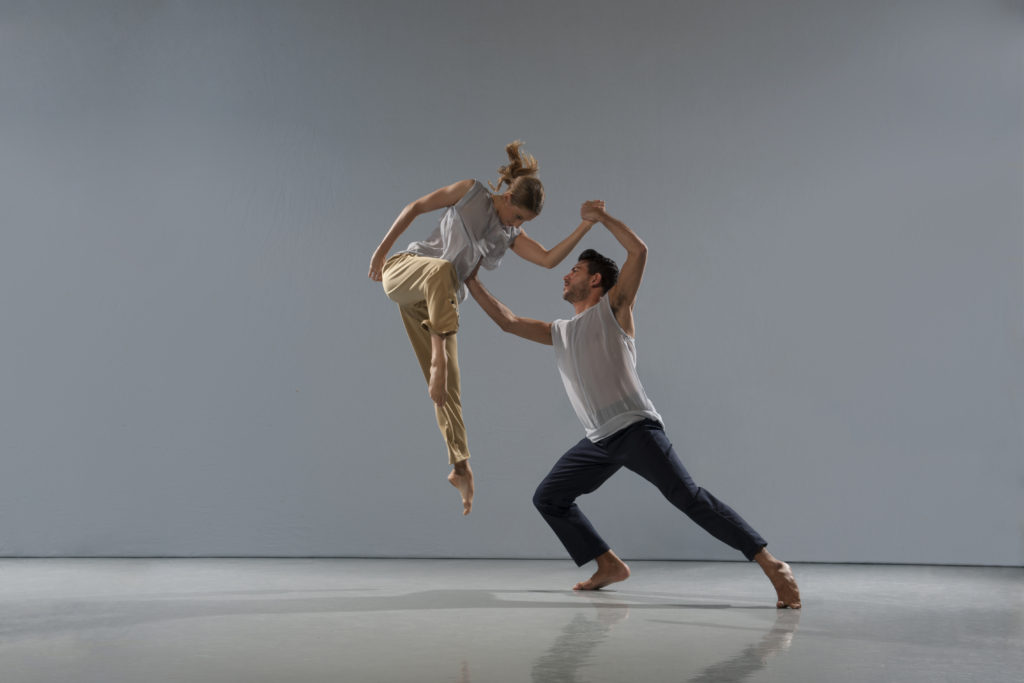 A world premiere by Richard Alston Dance, one of the world’s premiere dance companies, highlights that company’s March 21 Chrysler Hall visit and mingles local talent with its seasoned

professionals, even as the troupe approaches its farewell to performing.

Sir Richard Alston himself, a genial, white bearded, recently dubbed knight, sat down one day after arriving in Norfolk for a face to face chat about the group’s fourth and final Virginia Arts Festival appearance and about Arrived, their new work that will put Governor’s School for the Arts dance students on stage with the pros.

(The company’s 2020 closing is prompted, according to Sir Richard’s online comments, by the economics of British arts funding. In person he’s most emphatic about continuing his own activity; after half a century of accomplishments, he’s sending out resumes again.)

Arrived was commissioned by the Festival in partnership with the 2019 Commemoration, American Evolution, which marks the 400th anniversary of when Africans — as a group of just 20 people — arrived in Jamestown. Alston has choreographed “like 25 minutes” for his professional dancers, and came here to rehearse and integrate the Governor’s School students’ parts.

“It would be very presumptuous of me to paint a picture of slavery,” Sir Richard said. Rather, he is creating a work about “20 people arriving somewhere really strange, not knowing where they are and what they were going to do,” and then “moving forward to celebrate diversity.”

He characterized the Governor’s School students as “very talented” and “absolutely terrific” and “very inspiring to work with.” As he found in the workshops he has done on previous visits, “They respond to the kind of work I do; they always have done.” He has been “not surprised but absolutely delighted” with their “musicality” and their abilities that “grabbed [his] attention.”

Arrived is choreographed to the Claudio Monteverdi’s 1619 madrigals, music which “moves…shifts…breathes,” Sir Richard says, calling Monteverdi his “favorite” composer, whose works he has loved since childhood.

The concert will feature two other dances by Sir Richard, and one by Alston Dance Associate Choreographer Martin Lawrance.

Sir Richard said that his Proverb has not been seen since its first performances in 2006. “Last year looking at videos of pieces I have done … I had no idea it was that good!”

His reference for Proverb was the “extraordinary crowd of people who travelled around Europe [in the Middle Ages] working on the great cathedrals, [which were] in their day very avant garde. They were brilliant maybe and anonymous always…I [had] wanted to make a piece that was about people cooperating, paying a lot of attention to each other.”

Music for Proverb, which mixes Medieval sounding vocals with the modern vibraphone, is by Steve Reich, who is routinely numbered with more familiar names such as Copland, Barber, Bernstein and Cage as one of America’s most important composers.

“In my opinion one of the best pieces I have ever made.”

Brahms Hungarian, a dance that is only a few months old, uses the first nine of Brahms’ 21 Hungarian Dances, arranged for solo piano and played onstage by Jason Ridgway. Gestation period for the work was something like a decade, according to Sir Richard. That’s about how long ago he saw a video of another choreographer’s treatment of those compositions and said to himself “I’d love to get my hands on that someday.”

The arrival of new dancers in his company, and the consequent question,”What are you going to do?” led him to decide “It’s time to do a piece of music that you would really enjoy making a dance to.”

Lawrance’s fast paced Detour, to music by Michael Gordon from the album Timber as remixed by Jóhann Jóhannsson, is another 2018 addition to the Alston Dance repertory.

“I’m not alone in thinking it’s one of Martin’s best pieces.”

“Dance is all important,” Sir Richard maintains, because “it’s joyful, it’s exhilarating, it’s positive. For me dancing is about human beings dancing together.”