MUSIC: Combine to be honored with Lifetime Award 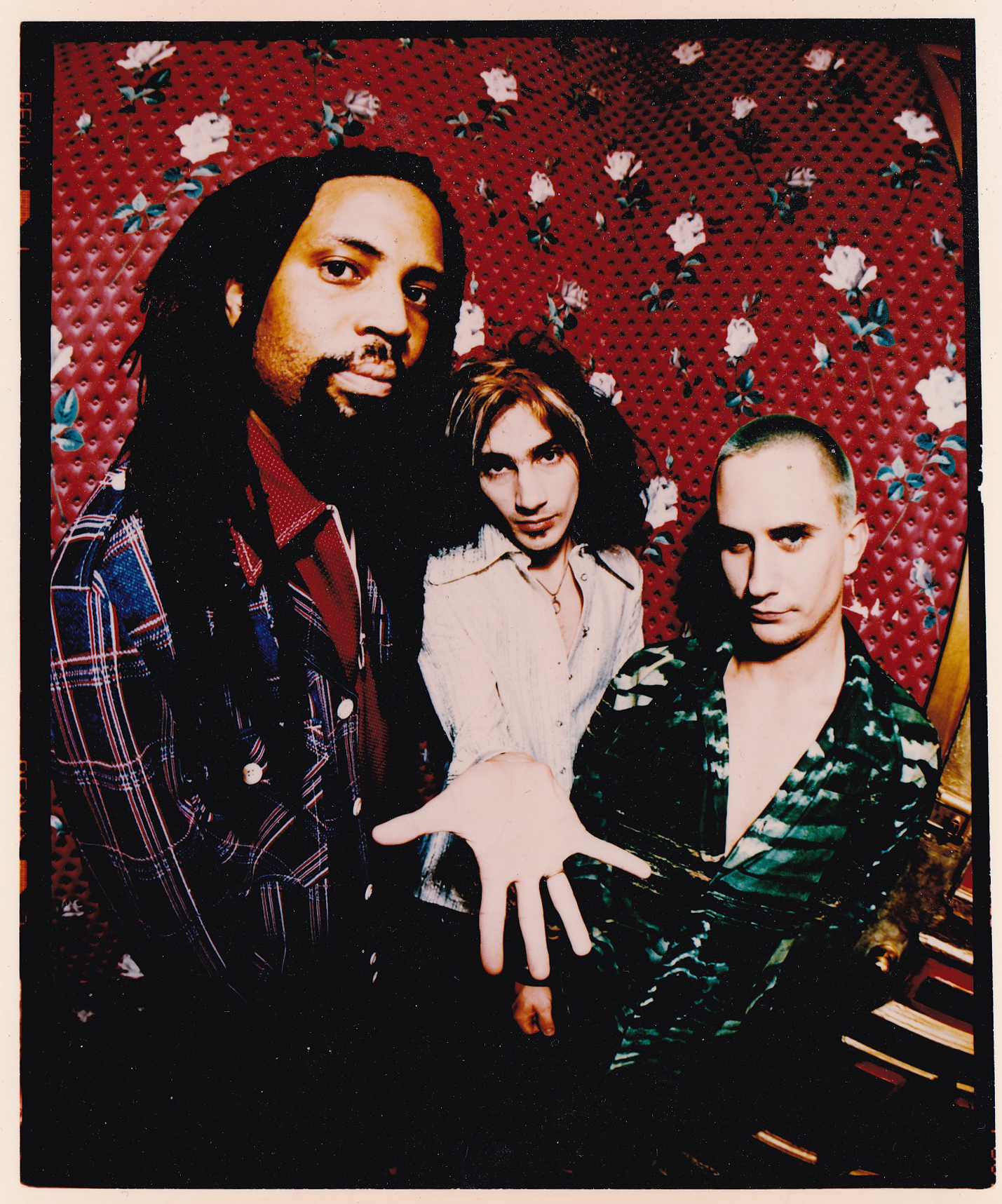 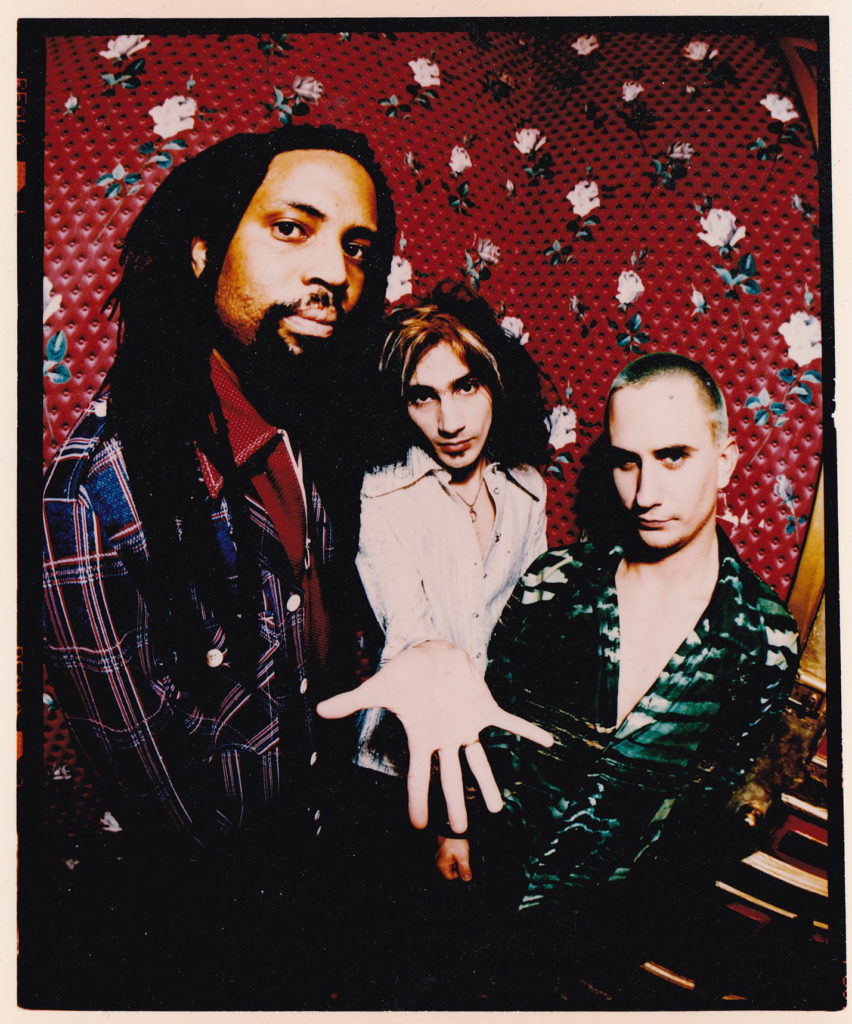 By Buck E. Down

Arguably the most successful band to emerge from Norfolk’s golden era in the late 1980s/early ‘90s, Caroline Records recording artist Combine will be honored with the Lifetime Achievement Award during the Veer Music Awards February 12 at Granby Theatre. The band will perform a set at the end of the show.

Combine brought the Norfolk sound to the global stage via their two critically acclaimed releases “NORFOLK, VA” and “THE HISTORY OF AMERICAN ROCK AND ROLL.”

Combine’s story began like so many of Norfolk bands of that era — in a string of dilapidated storefronts along Hampton Blvd. that served as home to the most innovative local bands of the era. It was there, in 1991, that Xavier Darryl Lewis, Juan T. Corbett and Buck Down (aka Brian Pafumi) crafted their trademark phrenetic, grinding melodic sensibilities in a crumbling windowless room after long days of working together in a small screen printing factory on the other side of the tracks. They would later move their rehearsal space out to the edge of the Dismal Swamp, in a tar paper shack alongside a chicken coop.

Combine became a local favorite almost instantly, packing shows at the legendary Kings Head Inn. Their first cassette demo, “Meat is Dinner,” reached tiny Texas independent label Staplegun Records, who signed the band for an EP and full-length record.  It was also around this time that the band attracted the attention, and became the first signing of Felice Ecker’s Girlie Action Media & Management, which would go on to represent some of the world’s most iconic and influential artists of the next two decades, including My Morning Jacket, LCD Soundystem, Elliott Smith, Pretty Lights, Morrissey, Tori Amos, They Might be Giants, Echo and the Bunnymen, Iron Maiden, Wu Tang Clan, The Misfits, The Mekons, and more.

Staplegun Records sent Combine to New York to begin recording at Grey Area Studios somewhere around winter of 1993/1994 While the sessions were promising, the label had difficultly funding the pressing, so the release stalled. This setback proved to be only a minor one, as this began the period where Combine’s first NYC plays created a huge buzz almost instantly in the city.  Combine’s taut, noisy interlocking sound fit perfectly in a town searching for the next evolutionary step past Sonic Youth, and thus began a love affair between the band and the city that would take Combine to the next level, and cement their place in the ‘90s national indie rock scene.

Indie super-label Caroline Records became interested in the band at the period when Caroline had just finished developing what would become the breakthrough class of indie music into the first commercial alternative market. Caroline’s development of bands like The Smashing Pumpkins, Hole, White Zombie, PRIMUS and the MISFITS provided the label with the profile and means to compete on a global stage. Shows like MTV’s 120 minutes, along with the beginnings of the first commercial alternative radio stations were moving a new era of rock and roll out of the underground and into the major leagues.

Caroline was at that point presided over by former Minor Threat guitar player Lyle Preslar, who’s Virginia roots possibly softened the ground for his interest in the budding Norfolk band. Preslar, along with Caroline A&R honcho Brian Long flew down to Norfolk, and agreed to buy the band’s Staplegun contract after a particularly incendiary show at Friar Tuck’s.

In the interim period, Combine had already begun working back in Virginia on a full-length record, this time bringing down Robert Poss from the legendary NY art guitar outfit Band of Susans (who’s alumni Page Hamilton would go on to form the critically acclaimed band Helmet) to handle the production duties.

When all was said and done, these sessions became Combine’s first full-length album “NORFOLK VA.”  The final mixes were presided over by legendary producer Wharton Teirs   who’s work with bands like Sonic Youth and Dinosaur JR formed the cannon of that era of east coast post-punk guitar music. 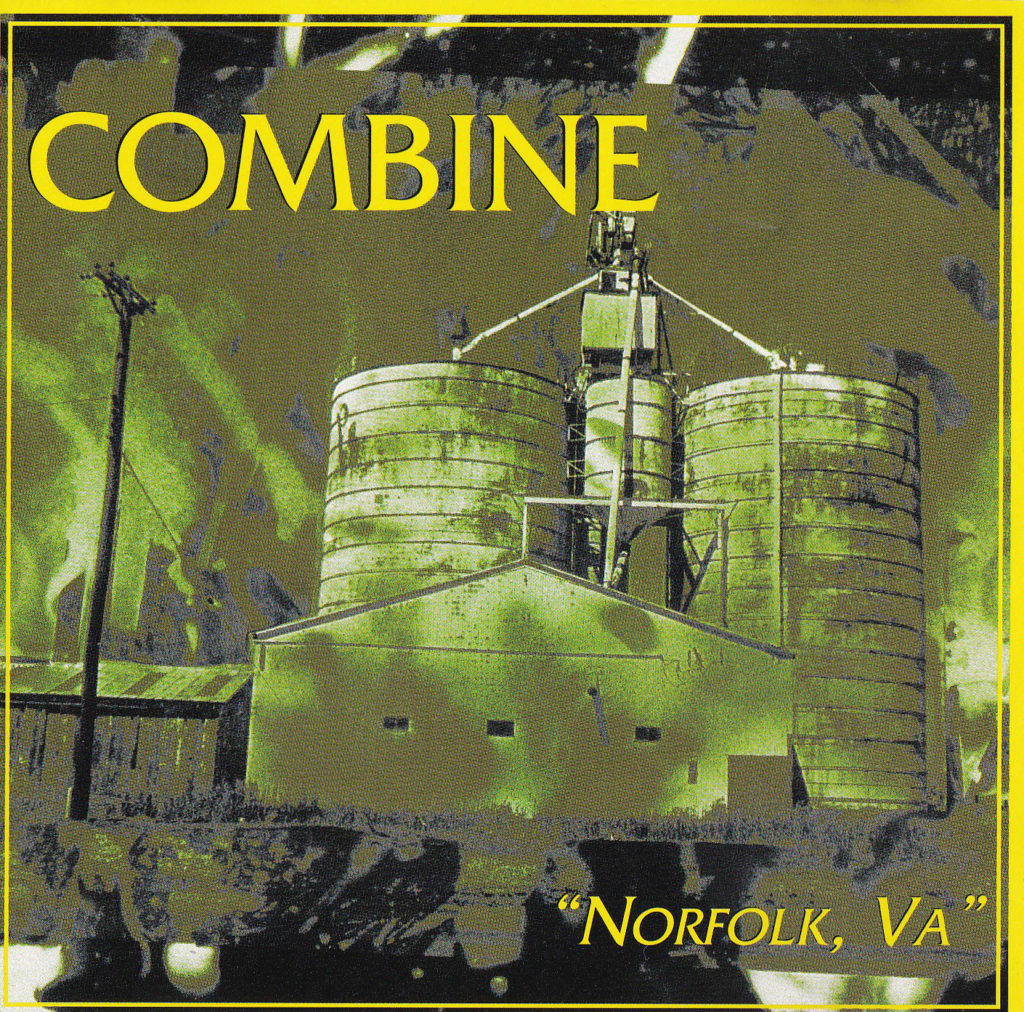 “NORFOLK VA” released to widespread acclaim both in America and overseas, earning rave reviews in CMJ, Alternative Press and NME. Strings of sell out shows at the world famous CBGB’s led to a series of national tours. For the following 3 or 4 years – Combine would be on the road more frequently than off of it. Pausing briefly in Chapel Hill at one point to make their only music video for the single “Cattle My Rage” with director Norwood Cheek (Superchunk, Squirrel Nut Zippers, Ben Folds Five, Soul Coughing and more).

In 1996 , Combine returned to New York to begin work on their sophomore effort for Caroline, “THE HISTORY OF AMERICAN ROCK AND ROLL,” with Wharton Teirs at the helm. Far more ambitious than its predecessor, “HISTORY” was recorded at the world renown Baby Monster studios in Manhattan (Ramones, REM, Cypruss Hill, Public Enemy, etc) , and featured the band expanding its sonic palate, including strings provided by Julia Kent and Jennifer Merlis from RASPUTINA. The sprawling 18 song release was billed as a “punk rock opera” and featured material largely written on the road. Thematically – the record loosely chronicled the band’s own experiences being in a touring band at a time when the major label machine was slowly eating the underground incubator that was growing its content.

The steady grind of competing in a crowded marketplace was starting to take its toll on the band. Long tours, little money and boredom in between tours created the obligatory host of problems that beleaguered so many bands of that era.

Caroline Record’s parent company, Virgin Records, sold the label to Thorn EMI during this time. Thorn EMI wasn’t another label, but rather a British company involved in consumer electronics, television broadcasting and defense contracting.  Thorn would slowly start purging the label of less profitable acts (ie: touring bands) in deference to electronic acts which required less overhead.  Combine was unceremoniously dropped along with many of the other acts on Caroline to make way for its new imprint Astralwerks Records, which would usher in the coming Electronica boom with acts like Fat Boy Slim, The Chemical Brothers, DeadMau5 and others.

Shortly after , Corbett left the band, and was replaced by Danny McGee. Combine existed for roughly a year or so longer playing almost exclusively in the Tidewater Region. They did attempt a third record, working with Waxing Poetics guitarist Paul Johnson (coincidently – nephew to producer Wharton Teirs) at his new studio in Brooklyn. The album never saw the light of day, and Combine quietly disbanded in 1997 when Down moved to Los Angeles.

Through it all, Corbett, Lewis and Down were incredibly close, and remained so — even after the break-up. The bond of being a small town band hoisted to the national stage, criss-crossing the country in a van going town to town in one of the most vibrant moments in the history of American rock and roll is not easily broken.

On Tuesday, February 12 at Granby Theater, the band will be honored with Veer Magazine’s Lifetime Achievement Award, and will feature the first performance of the original lineup in over 20 years.