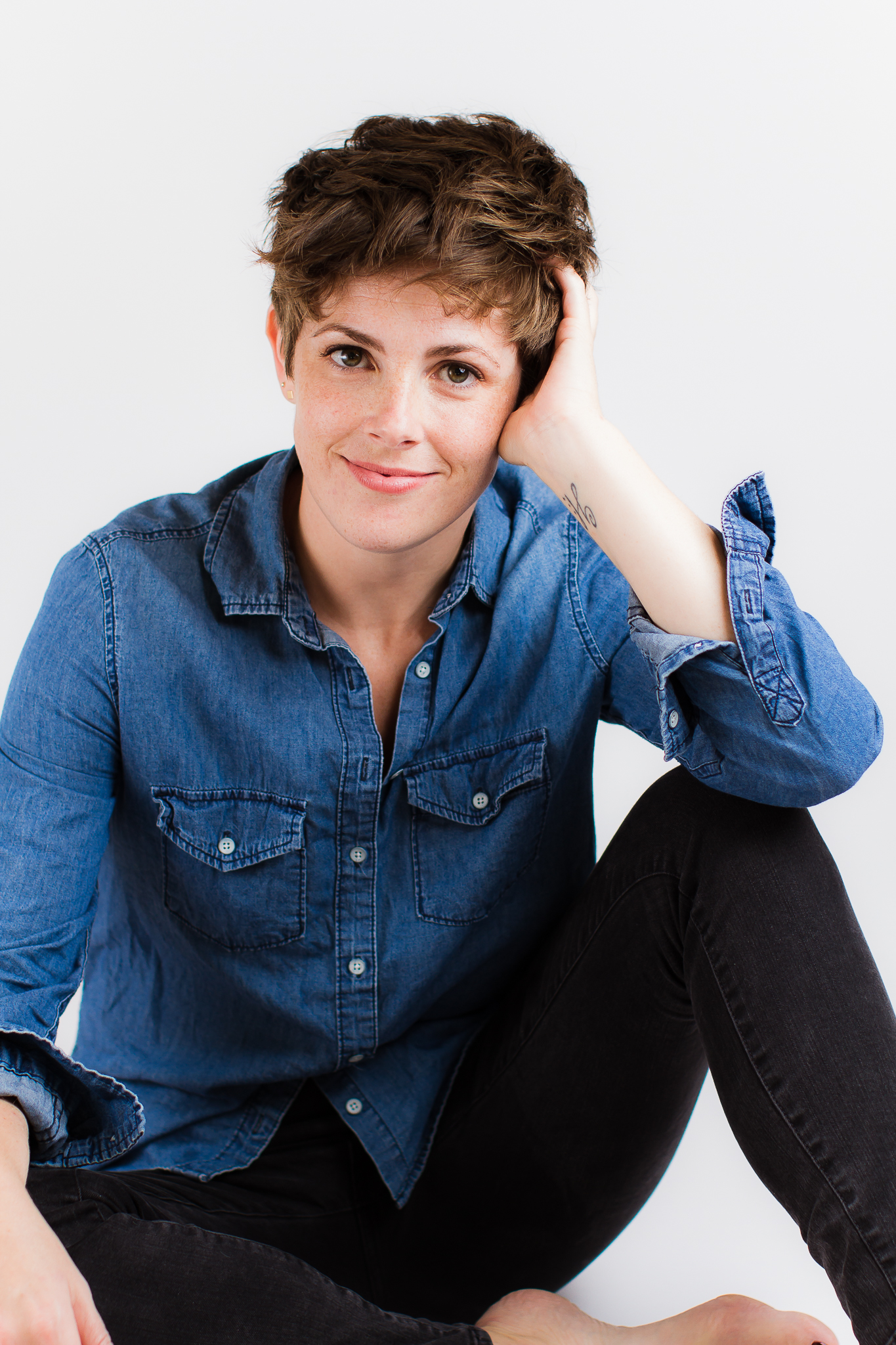 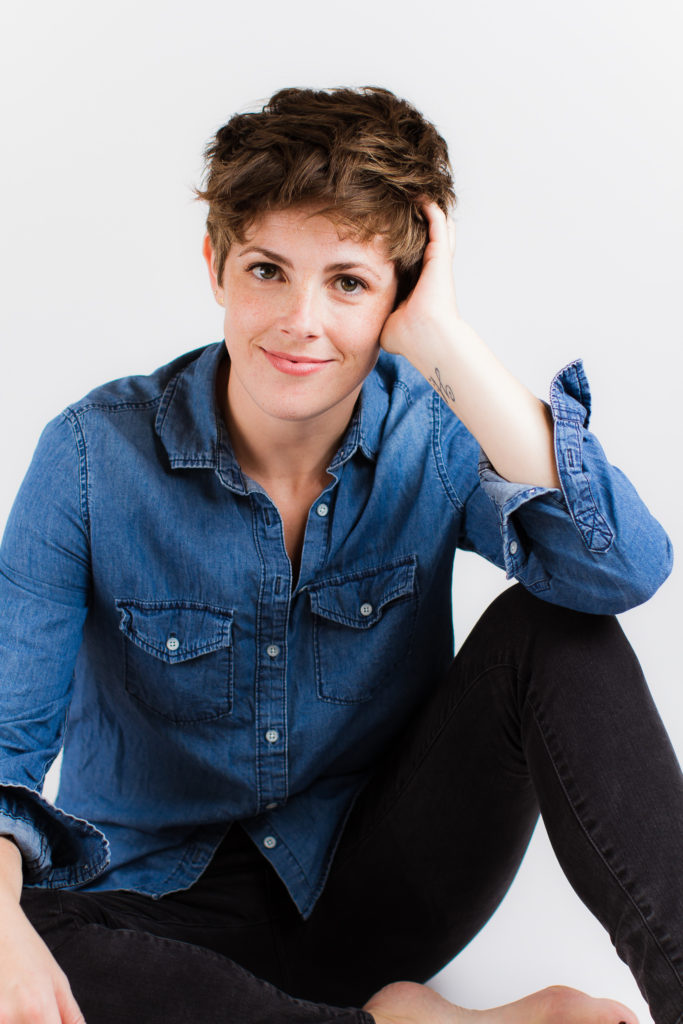 When director Jessica Holt and Virginia Stage Company’s producing artistic director, Tom Quaintance, met in New York City last year to discuss the possibility of her directing Fun Home, the Tony Award-winning musical based upon Alison Bechdel’s highly acclaimed graphic memoir of the same name, she impressed upon him how the story personally resonated with her. Jessica first met Tom during the preparation for Venus in Fur, which she directed for VSC’s 38th season.

Fun Home is an intricate show to stage, with a lot of moving parts, and is certainly one of the stand-out shows for VSC’s historic 40th season. Jessica shares the Tom story with me, and much more…a couple weeks before previews begin at the Wells for the ground-breaking musical. “I saw the musical 5 years ago in its original production at The Public,” she says. “When I saw it, I just had an immediate connection with the story.”

Jessica and I are joined in the Wells Theatre’s impressive lobby, by two key cast members―Kate Fahrner, who portrays Alison, the narrator and full adult version of the show’s protagonist, and actor Craig Waletzko, who portrays Alison’s father Bruce. The three of them, along with the rest of the cast and creative team, are navigating their way through a uniquely different process of rehearsing. As Kate says, early on, “You don’t normally stage, on the stage.”

Getting to actually begin the process in the theatre, and on the stage, as opposed to starting in a room or other space, is not your typical experience. It has created some moments of early uncertainty, especially for the director. “That’s what happens when you put a director in the space, four days in…where you’re questioning everything,” Jessica says, somewhat jokingly. She later admits though, “This is a better space for us to figure out how all of those transitions work.”

Those transitions are impacted by the non-linear narration from Alison, who is a graphic novelist in her early forties, happily lesbian, and recalling two key periods in her life. The audience sees her as Small Alison, growing up in a tiny town in Pennsylvania, with her two brothers, mother, and closeted father, Bruce. And then there’s Medium Alison, who grows into her sexuality in college, eventually “coming out of the closet,” as a young, gay woman. The three Alisons express themselves through song and dialogue over the course of the show’s 90 minutes, dealing with the loss of Bruce, and coming of age in a challenging time and place.

When Fun Home officially opened on Broadway in April of 2015, it made history as the first Broadway show to feature a lesbian character as its protagonist. The Broadway production earned raves, and ran until September of the following year. The musical was nominated for 12 Tony awards, and won 5 of those awards, including a coveted win for Best Musical. And that was all following the show’s multiple award-winning Off-Broadway run, which began in the fall of 2013. With music by Jeanine Tesori, and book and lyrics by Lisa Kron, the musical, adapted from the aforementioned literary work by author Alison Bechdel, is now regarded as one of the most impactful representations of the LGBTQ experience that has ever appeared on the American stage.

In terms of casting for VSC’s production of Fun Home, it was very important to Jessica that the three actresses, who portray Alison at different stages of her life, could all really sing. And then beyond that, the director was looking for a grounded, significant comic intelligence. “I needed to find the three Alisons that I felt could convey Alison Bechdel’s sharp wit and intelligence,” she says. “Alison Bechdel is very funny in this kind of dry, wry way.”

Besides Kate Fahrner as Alison, Caleigh Howell portrays Small Alison, while Sarah Stewart Chapin stars as Medium Alison. “I remember when Kate came in, I loved that she understood Alison’s sense of humor, but also had such a connection to her truth,” recalls Jessica.

“Listening to the music, and reading her graphic novel, I understand her,” says Kate, a successful stage actress, who has been listening intently to Jessica’s observations the entire time. “Out of all the roles that I’ve ever played, I understand Alison more than anyone else.”

For actor Craig Waletzko, a NYC actor who appeared in a prior VSC production some 20 years ago, the complex role of Bruce Bechdel, Alison’s closeted gay father, is a part that he’s wanted to play, since seeing the show on Broadway with his wife and trans son―which he recalls was an emotional experience for the three of them.

“What is shame? And what does shame do to you,” asks Craig, rhetorically, regarding Bruce’s journey within the story. “He creates this structure for himself that he can live in, which ultimately starts coming apart when Alison comes out to him.”

In spite of the heavy subject matter, Fun Home has been successful in large part because it is a lot of fun to take in—with great music and humor throughout. Its appeal, as we all later agree, reaches across race, gender and sexuality. Jessica sums it up quite nicely towards the end of our interview.

“This is a story about the ecstasy of being who you are, and the agony of hiding that very same thing.”